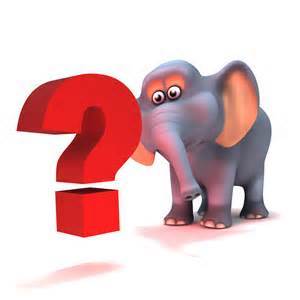 You know, usually you have to do something in the party or in the conservative movement before anyone takes your opinion seriously.

Apparently for some folks over at Bearing Drift, that is not the case.

-Loyalty to politicians is more important than principle or ideas in politics;

-That once someone tries to buy you off, you should remain bought forever;

-That “integrity and honesty” apparently means not being loyal neither to principle or to the people in your district, but to whatever politician buys you off.

That Hall references “Enron Ed” Gillespie, lobbyist-for-sale and failed Senate candidate, to extoll these values is not particularly surprising.

Sorry Matt, but when a politician- ANY politician- passes the three largest tax hikes in Virginia history, you’re gonna get challenged. It’s gonna happen, because real people- the ones with jobs and kids and homes- don’t like to get taxed. It hurts Virginia families, it hurts our ability to make ends meet, and it hurts the economy as a whole.

That’s not to mention the fact that it also grows government, decreases liberty and empowers Democrats. But that’s not really relevant to Hall, a Democrat who is totally ok with hiking taxes and growing government because he faces none of the challenges real Virginia families face.

What Hall seems to think is that career politicians like Howell have a God-given right to be in power indefinitely- and how DARE we peons challenge the Great and Mighty Howell. While I thought that kind of arrogance was reserved for the Howell campaign itself, or perhaps for Lynn Mitchell and her band of 5th Column pseudo-Democrats, Hall has taken the arrogance to a whole ‘nother level.

Politics was never meant to be a “career”. These seats do not belong to any one politician; they are the People’s seats (Scott Brown was dead right about this) and if Susan Stimpson- who after all is a constituent of Howell’s- is displeased with the issue-based votes Howell has taken, she has a moral obligation to challenge him.

Stimpson’s campaign has rightly been laser-focused on issues- particularly the issue of the out of control growth of the Virginia government under Howell, and the MASSIVE tax hikes he has shepherded through.

Noteworthy here is that the biggest of those tax hikes- the 2013 tax hike that was supposed to be for transportation– happened AFTER the comments Hall referenced. In fact, it was that act that caused Susan so much consternation about Howell and his fitness to govern.

Also noteworthy was that the proceeds of that tax hike were not even directed to transportation, and neither were the proceeds of the previous tax hikes! The Speaker could have insisted on a lock box around the new funds; instead, he rejected it, so that the only thing the tax hike would go towards is more growth in government, which is exactly what we saw this year.

Under Hall’s logic, the American Patriots should have been loyal to the King of England and never stood up against taxation and impugnment of liberties in 1776. Because after all, loyalty is all that matters, right? Hall’s disgusting, slimy piece reeks of the infamous “Nuremberg Defense”- loyalty trumps what’s right.

The Speaker owes loyalty also- to the conservatives without whom he would never have been elected. Sadly, he shows none. His only loyalty has been to the myriad special interest donors that line his coffers. That is the reason the Virginia government keeps growing- budgets like this year’s are loaded down with special interest pork, so much so that it eclipsed even what Governor McAuful wanted.

Virginia families need someone to stand up for them. Governor McAuful won’t do it. It falls to Republicans. If we can’t protect them from their greatest threat- an overreaching and ever growing government– who will?

Liberal, 5th Column ‘Republicans’ like Hall are on the wrong side of history, defending government at a time when the American people are screaming at the top of their lungs “ENOUGH.” Perhaps the only way they will hear is if Speaker Howell, a symbol of the growth of government in Virginia, is finally sent into retirement.