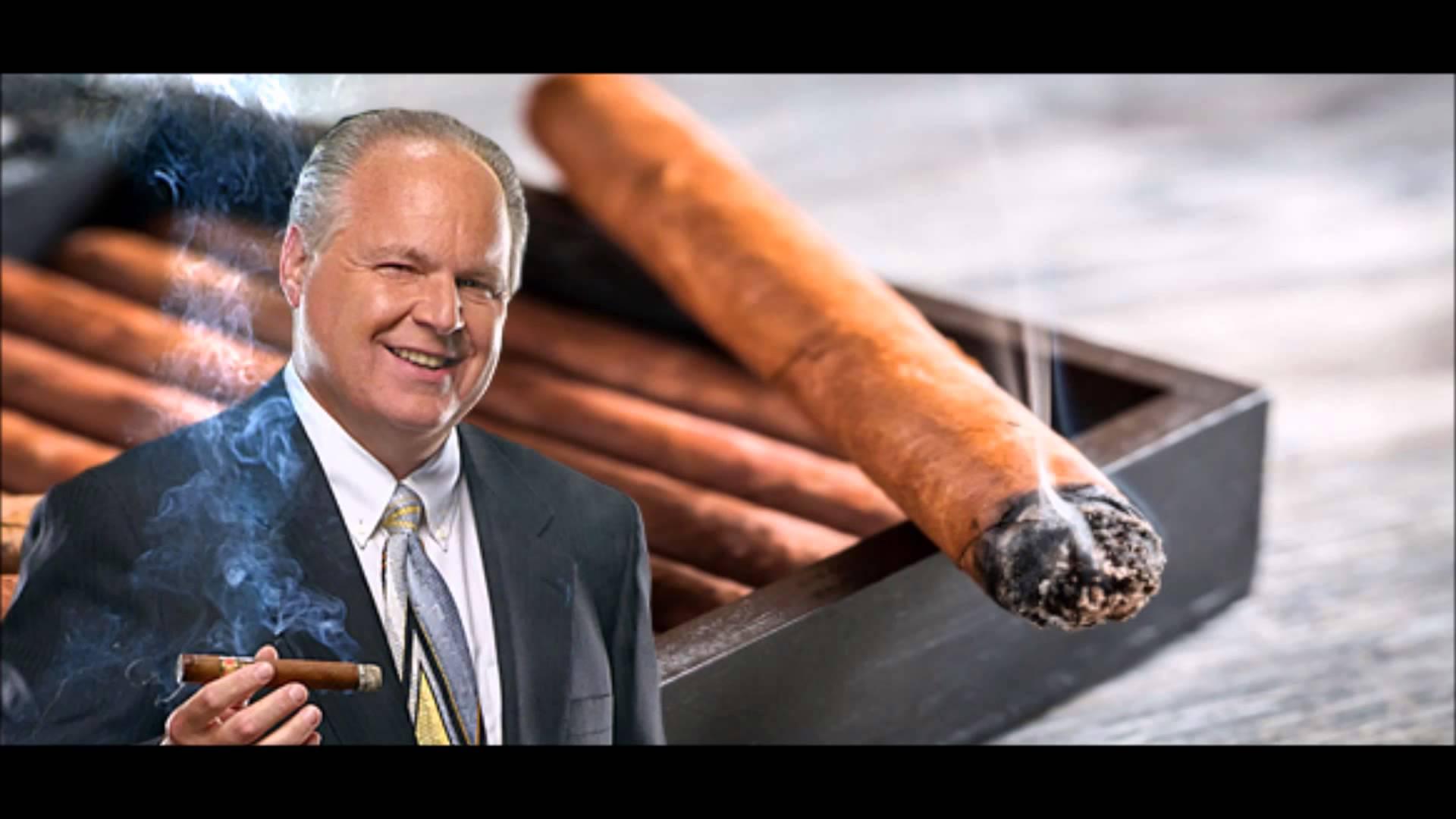 Starting at an early age, Iâ€™ve worked in politics in some form or fashion for over fifteen years. Iâ€™ve been a cigar smoker for around the same amount of time.

In fact, Rush Limbaugh gave me my first cigar, a Cuban Montecristo #2 if I remember right.

Many years later, Iâ€™m sure he doesnâ€™t even remember this but I certainly do. I was working on Sean Hannityâ€™s radio show at the time and was still a wet-behind-the ears kid. During my first day on the job, Hannityâ€™s producer told me at one point that I may run into Limbaugh. He emphasized that I must show Rush an extreme amount of deference and respect because the “Maha Rushie” is a bit temperamental.

Several months later, I ran into Rush as heâ€™s exiting the bathroom. Understandably intimidated, I stuck out my hand and introduced myself to Rush. â€œHello, Mr. Limbaugh, sir,â€ I said, shaking Rushâ€™s still wet hand. I’m Aaron and I work for Sean. Iâ€™ve listened to your show for years and admire you very much.â€ Limbaugh laughs, and says â€œCut the Mr. Limbaugh crap, kid. Iâ€™m Rush and it’s nice to meet you.â€ He reaches into his into his pocket, grabs a cigar and asks me if Iâ€™d like one. Knowing my mother would kill me, I took one anyway. My mom was not a fan of cigars back then. Iâ€™m pretty sure I was being ribbed about Rush being temperamental.

Rush then informed me that he loves my boss, Hannity, but laughingly tells me to remind Sean that he owes him a new microphone. You see, Limbaugh is famous for broadcasting with a golden microphone and one day Sean Hannity was substitute hosting for him and broke his microphone.

This story is fairly well known. Â Like every other New Yorker, Sean talks with his hands. As it happened, Sean knocked the microphone down by accident and it broke. When informed about this, Rushâ€™s response was reportedly, â€œHe can replace it after he makes his first million.â€

Rush tells me that he hopes I enjoy the stogie and that it was very nice meeting me, but heâ€™s got to get to his show and keep the world safe for democracy. Naturally, this isÂ all very surreal to me at the time. With a smile and a handshake, we say goodbye. I got back to my work for the Sean Hannity Show, finish the day, and run off to Bryant Park to smoke Mr. Limbaughâ€™s gift. I checked my jacket pocket a zillion times to make sure it was still there.

As it was, my Rush did not broadcast from NY very often. I only saw him in passing once more, but did not get the opportunity to thank him for the cigar.. Enjoying a cigar for the first time and enthralled with being gifted it by one of myÂ heroes, I became a member of the Brotherhood of the Leaf that day, and have been ever since.

You won’t believe how I got my first Oxycontin… 😀

Miss having a good cigar with you. It was one of the fine pleasures I had in politics.

Great reading your writing. Thanks!

That’s a nice anecdote. Rush sure can be a class act.

i can’t determine which you like the best inhaling carcinogens or name dropping.