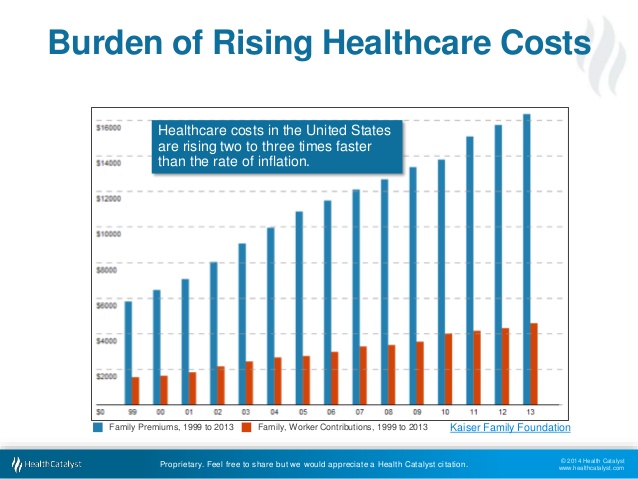 Peeling Back the Layers of Hospital Dysfunction

There are many layers to the dysfunction of America’s (and Virginia’s) health care system. I have written frequently about price opacity, the inability of consumers to compare medical services by price. Prices are essential to a market-based economy. Indeed, one could say that without prices, it is impossible to have a market-based economy. I’m not sure how you’d label the system we do have — there’s too much private ownership to call it socialism. But whatever it is, it sure as hell isn’t a market-based system.

The question I continually ask is why. Why is there no price transparency? Part of the problem is the convoluted system in which hospital charges bear no relationship whatsoever the cost of providing the service. Hospitals post charges. Government programs (Medicare and Medicaid) and insurance companies negotiate the posted charges to a lower level. And consumers pay some residue of those lower charges based upon how generous their insurance plans are. I chronicled my own experience with price opacity in the Richmond healthcare market when I elected to undergo hip-replacement surgery. (See “One Man’s Descent into Healthcare Price Opacity.“)

A recent Wall Street Journal article suggests that the dysfunction is so extreme that hospitals themselves often don’t know how much it costs to perform a routine, commoditized procedure such as knee replacement surgery.

The article highlights a rare instance in which a hospital, the Gunderson Health System’s hospital in La Crosse, Wis., undertook a study to find out how much it cost to conduct a knee replacement surgery. The hospital had been routinely jacking up its charges by about 3% a year, reaching a list price of $50,000 by 2016. But no one knew how much it actually cost to do the surgery. After a detailed, 18-month review, the hospital concluded it cost at most $10,500 — including the physicians.

Thus, another part of the answer to my question is the failure in hospital accounting. Hospital charges are largely unrelated to cost because the hospitals themselves often don’t know what procedures cost. If hospitals don’t know what routine procedures cost, how can they make rational business decisions? How can they exercise cost controls? No wonder health care costs go nowhere but up.

Hospitals can be shielded from the competition that forces other industries to wring out expenses and slash prices. Hospital list prices are a starting point for negotiations with insurance companies over what they will actually pay, and those deals are confidential. Consolidation has given hospitals greater pricing power in many markets, according to health-economics researchers.

“Being cost effective was not an imperative in that type of market dynamic,” said Derek Haas, chief executive officer of Avant-garde Health, a health-care cost and quality analytics company that worked with Gundersen. …

For consumers, the prices paid for the surgery at some hospitals in the U.S. were more than double the prices at others, according to an analysis of 88 million privately insured people to be published in the Quarterly Journal of Economics.

In a market economy, competition would work to drive down the price of elective surgical procedures. If Hospital A charges an excessive price for knee replacement surgeries, orthopedic physician’s practices or competing hospitals could enter the marketplace, charge less, and gain market share. But here in Virginia, hospitals have consolidated into massive health care systems, and they have shut down competition through Certificate of Public Need regulation. Regulations restrict entry of newcomers into the medical marketplace, thus conferring monopoly-like protections on hospitals. Virginia hospitals are not compelled to drive down costs and reduce charges to stay in business. They just ratchet up their charges each year, immune to pressures from the marketplace.

So, what is Virginia’s political class doing about this? Basically, nothing. Rather than address the core issues of competition and price transparency, the political class is focused on doing what it knows how to do, which is rob Peter to pay Paul — in other words, to redistribute wealth. Thus, the public policy debate in Virginia focuses on Medicaid expansion and who pays for it. Meanwhile, costs for everyone, rich and poor and in-between, continue to rise with no end in sight.

What would be great is if Trump and Republicans in Congress lifted the regulations for medical tourism here in the U.S. then prices would be very transparent and health care and treatments, surgeries affordable.

You are right about what you have written, and I applaud you for writing this article. I have complained to Congressman Wittman’s office/staff about the lack of transparency in medical pricing since around 2011-12. On many, many, occasions. You are apparently a rookie regarding this topic. According to a member of Wittmans’s staff, the Congressman is perfectly comfortable with someone having to take a bankruptcy because of not being able to pay a mega ripoff medical bill. Wittman has no problem with that scenario. His staff member made that very clear to me. I have to a lesser extent also complained to both Kaine and Warner’s staff about the medical pricing scam. I have given Wittman’s people on numerous occasions for years, names, dates, prices, my personal experiences, etc.. Wittman does noting, absolutely nothing, neither do Kaine or Warner.

You and I are both wasting our time. Its all corruption based, all about lobbyist and money. Think about this, churches to a large degree run hospitals. Which church denomination depends on what part of the country one lives. In the Richmond area, its the Catholic Church with their Bon Secours. But, in other areas of the state and country, its other denominations involved in healthcare. Let me tell you this, the churches are nothing but greedy crooks also, its all about the cabbage.

20 years ago I worked in a hospital. It is a bit more complex then people might think.

Hospitals must treat all who come to them. Can not turn people away. So an illegal alien comes in for treatment, runs up a $50,000 bill and leaves without paying anything. The hospital is stuck with that bill.

Just go to any emergency room in the DC area.

With some 30 million US citizens having no insurance (a number Trump increased by 4million, btw) it’s not illegal aliens that are the problem when it comes to sticking it to hospitals for basic health care.

Go outside and play in traffic Maxine the adults are talking..

So Obamacare increased the uninsured by over 15 million?

Not at all like that. If we assume that the illegal officially owns nothing of value, and has no official paycheck, then the state and Federal taxpayer pay the bill. The Feds pay their part via borrowed and printed money, hence the $21.5 TRILLION Trump debt. State pays via taxpayer.

However anyone who owns something of reasonable value, or gets an official paycheck, and is in debt to a hospital or medical business, will be taken to court for payment by collection agencies. Payment or bankrupcy are the only two options. If you own nothing, or its in someone else’s name, you get treatment at taxpayer expense. (Generally half-assed treatment) The rich or connected get the best treatment.

The corruption based American corporations who hire illegals, are being subsidized by the government in that the government provides free healthcare to the illegals they hire. Those illegals generally become informed enough to never really legally own anthing, and move/change name to avoid garnishment of minimum wages.

The emergency room, hospital, whoever, still gets the enormous profit from treating illegals or whoever walks in their door without a way to pay. So, the hospitals also get rich off those who have no insurance and cannot pay their ripoff prices. To ensure that the corrupt healthcare system stays like it is, the medical establisment employs lobbyist to send back a portion of the government money they receive to members of congress at the state and federal level. Campaign and PAC money. It is a corruption based racket. But, all legal in mans eyes. Works just like the defense industry.

You have no idea how the system works, and the corruption that supports the medical industry and government.

I know. Zimbabwe. It is called sink or swim healthcare. Nobody ever really gets old.?

It is quite instructive to get a medical bill for $35000, yes $350000 —— and then see it bargained down to $1200, yes, $1200. In other words, what the hell happened. How does the actual accepted bill amount to about 3% of the submitted bill. And where does Obamacare as well as Medicare fit into this? Those who are pushing single payer have no idea what will actually happen, but i have a pretty good idea that it will drive costs to the moon. It will also result in ever poorer healthcare for those who are most needy

I suggest planning for medical tourism outside the country. Eventually, it will be cheaper, better and when you need that knee replacement the wait will be minimal as opposed to a year or so.

We used to be the destination, now we’re the embarkation.

Something for nothing eventually results in nothing. The tragedy of the commons.

“I suggest planning for medical tourism outside the country.”

Where would you suggest?

Costa Rico, Thailand come to mind. There are books on the subject but I know people who use those destinations. Costa Rico apparently has excellent dental care. Thailand has 5 Star care where the medical experts come to you based on your schedule. In both places, the costs are considerably less than in the USA and many of the experts are USA trained. Less regulation means less paperwork and cost.

I am talking about private medical care which is specifically paid for by the tourist. I have no idea about the quality of the public system. By the way, Singapore and Malaysia are considered the top two for medical tourism which actually helps fund the government. I think it is Malaysia that is outcompeting Singapore on price but both are considered to be top notch. You can look this up on the internet.

Medical tourism is most definitely not universal care. The differences between medical tourism/private hospitals in India and public hospitals where the Lowe economic level Indian citizens go is enormous.

Why can’t we have that here? Why isn’t medical tourism talked about by Republicans? Do you know, the big academic medical centers definitely cut deals for foreigners to come here for surgeries, and pay cash. So why not for the rest of us? This is a regulatory issue. It could be solved by Congress