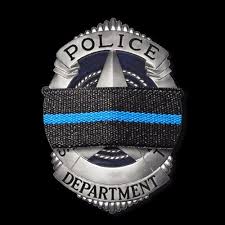 (This piece was written prior to the cowardly attacks on police officers in Baton RougeÂ with an update below.)

Last week in Loudoun some of our local leaders, in an effort to engage in moral equivalence, held a candlelight vigil at which time they attempted to link the deaths of two Black men, one in Louisiana and the other in Minnesota, to the murder of five police officers in Dallas Texas. This attempt to link these events as equal is both intellectually and morally corrupt. The attempt to link the deaths of two men in which investigations are ongoing as to their criminal behavior, and as of yet in no way conclusive, to the murder or assassination of five police officers, is a trap that almost all members of the media fall for or are active agents. The latter being the vast majority.

The leftists and apologists for the BLM movement and their allies in the main stream press are very good at co-mingling events so as to provide false legitimacy. Sadly, a sizable chuck of the public, to include many otherwise right thinking people, fall prey to these false arguments often fueled by a desire to be liked, or to be perceived as caring, or engaged. They sacrifice critical thought, the truth, and political courage at the ever present alter of political correctness. At this very event elected Republicans, one of whom was our elected Sheriff Mike Chapmen, who represents the men and woman of our largest law enforcement agency in the County, participated in an event that was designed to link falsehoods and leftist dogma to the murder of Â five law enforcement officers.

The cases of the two men killed at the hands of police officers that sparked the most recent rounds of unrest, which is the only connection albeit based on multiple false narratives, will be investigated and adjudicated. The truth will be discovered and the justice system will run its course. In the case of the 5 police officers, no investigation is needed. A black man consumed by hatred and influenced by a corrupt black nationalist ideology murdered five human beings, white police officers all. Case closed. Sure there is a need to investigate if a larger conspiracy was at play, or if the shooter had Islamofacist connections. But by and large we know what happened here, an evil man radicalized by several leftist organizations, reined terror on the city of Dallas.

The linkage of these events is morally indefensible.

Might I suggest to certain naive Republican members of the Board Of Supervisors, and the Sheriff of Loudoun County, that you are being led around by your nose on this issue by a talented opposition. Further, you are providing political cover to those looking to blur the issue in order to promote and advance falsehoods and a morally corrupt argument. You have become enablers, or as we used to say Dupes. Stop it.

To those members of the Board that stayed away from this event congratulations for seeing it for what it was, the advancement of misinformation and false narratives.

UPDATE: Police officers in Baton Rouge being targeted right now! Loudoun elected officials, Chairman of the boardÂ Phyllis Randall, Supervisor Ron Meyer and SheriffÂ Michael Chapman, this is why we donâ€™t link as equal these events. Providing legitimacy to those would use the inconclusive events of those potentially involved in illegal behavior with the murder of police officers does nothing but encourage more of the same behavior. The three of you need to rethink your approach.

Prayer Vigil In Loudoun County–Linking Events that Should Not Be Linked was last modified: July 17th, 2016 by Greg Stone

I watched a Youtube video which seemed to show ‘crises actors’ involved in the Orlando shooting. I did further checking on Omar Mateen, the alleged shooter, and sure enough at IMBD there is a listing for an actor named Omar Mateen. But guess what? Omar’s listing had been mysteriously scrubbed from the IMBD site on the day I first did my search on him. But then I checked again today, and I see at least one IMBD page on Mateen, but it appears to be a sanitized rewrite because it appears not to list the two films Mateen was in. Also, I see no photo of him. http://www.imdb.com/name/nm5753533/bio?ref_=nm_ov_bio_sm

Additionally, there are lots of abnormalities, things that just don’t make sense about mass shootings in general. Here’s a clip about Sandy Hook. Check out just the opening minutes of the video. It kind of makes you wonder? https://www.youtube.com/watch?v=xaHtxlSDgbk

By the way, I’m not making any other case about all of this excepting that the more you look into most of these shootings, there are enough ‘loose ends’ that don’t make sense.

No matter what you think on all of this, the single number one common denominator is Gun Confiscation under cover of gun control. Kind of makes me wonder if we are not being played?

are you suggesting that there is a conspiracy going on and Sandy Hook and other shootings were staged? Are you one of THOSE that also question 9/11 and the moon landing?

Ha! Ha! Nice try! Do your own homework, and see what pieces fit and what don’t.

And by the way, are you one of THOSE who thinks the government ALWAYS tells the truth?

You are one of Those!!! I sure hope you don’t have kids. It would be a shame to pass on your genetic mutation to a new generation

Seriously. All kidding aside; You do know that the Govt did not stage any shooting and there are no crisis actors. Correct?

I’ll answer you in this way: most folks today are low information people. These folks may not be inherently stupid people, but nonetheless, they suffer grievously from severely truncated educations. So much so that most Americans have difficulty in acting in behalf of their better self-interest, and that of their families. And they, lacking knowledge, are open to incessant programs of manipulation.

People who spend their time in tearing other people down would be better off spending their time in building themselves up, if they only knew how.

What size tin foil hat do you wear, Dave

Every “celebrated” black martyr was a petty criminal who was breaking the law, and then, when confronted, resisted and escalated the encounter. The cops who were assassinated were innocents doing their job to hold the line between civil society and anarchy. How could anyone compare the two?

You just did. Maybe you should go back and review your high school English classes. I am sure you wrote comparison papers back then. Unless you were home schooled

Oops, I guess that I should have said that there is no moral equivalence. Is that OK?

Sailblazer! You did okay! Your ‘adversary’ seems to like to pull people down! Pay no heed! Such folks are hardly worth responding to. And so very often, their motives are ‘other.’

what is wrong with abiding by proper grammar. The dictionary still has a place in the world despite the presence of Google.

American no longer have any “shared values” so these board members, who find new ways to pander their base instead of doing their jobs, are bending themselves into pretzels to create a perception of unity. They fail every time and look stupid. We didn’t elect them to create Gay Month or a Love Month. We don’t need them to stand around holding candles so everyone can see them “caring” either. This is why the Democrats were voted out of office last time. They always focus on social issues instead of working to actually create policies that promote businesses, cut the red tape and lower taxes on the people they claim to care about.

Alinsky “Rules for Radicals” is the foundation for the Obama administration and the Clinton candidacy. It is rather obvious at this point and they have been quite successful in damaging society.

By the way, not insignificant connection. The Dallas killer had an Islamic nickname.

Adding insult to injury by the clueless!