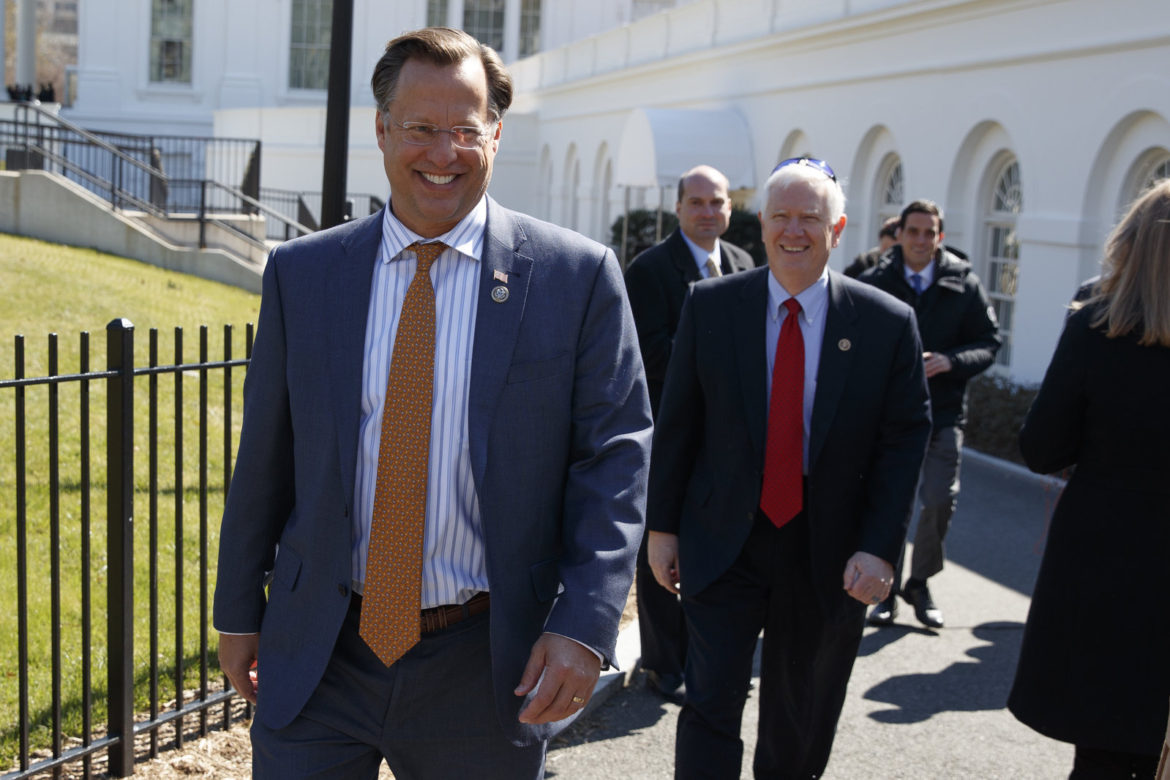 Congressman Dave Brat has served in the House of Representatives for only four years, yet heâ€™s already showing that he intends to be a leader for a very long time. This is not surprising, since he wasÂ elected in one of the biggest political upsets in decades after having the guts to challenge Eric Cantor, then-second-ranking member in the Republican majority. Brat â€œprimaried Cantorâ€ soundly.

Obviously, Rep. Brat isnâ€™t afraid of a fight â€“ or unwilling to challenge stale, moss-covered status quo. Virginians expect him to show fearless leadership as policymakers search for ways to reform the rapidly-failing Obamacare mess, restore some semblance of markets and meaning in health care, and stop the nextÂ half-hearted, half-baked measure put up by The Swamp in Washington.

Congressman Brat has solid credentials and proven ideas. Unlike most Republicans,Â he was right that the so-called American Health Care Act would not workÂ â€“ politically or policy-wise. â€œYou see what’s happening?” the outspoken House Freedom Caucus member asked reporters. “We’re going to craft one-fifth of our national economyÂ in two weeksÂ on the fly; and if you don’t see the problem with that intellectually over the last few hundred years, across countries, weâ€™ve got a problem.”

Brat alsoÂ hit the mark in speaking truth to powerÂ about what the Republicans were proposing when he asked, â€œGuess what my people back home think I should do? Do another federal healthcare system that does most the components of Obamacare? If the Democrats had proposed this bill six years ago, what would Republicans have said? ‘No.'”

Now, Republicans are back forÂ another tryÂ â€“ will this one succeed? After examination, letâ€™s hope not.

The Washington PostÂ points out, â€œThe crux of the new proposal would be to allow states to seek exemptions from certain mandates established under the Affordable Care Act â€” including a requirement that insurers cover 10 â€˜essential health benefitsâ€™ as well as a prohibition on charging those with preexisting medical conditions more than the healthy.â€

In a move familiar to observers of the Democratsâ€™ mangled attempts to make ObamaCare less unwieldy, the bill allows state governments to apply for waivers from current regulations including the essential health benefits and price controls manipulations for pre-existing conditions (known as theÂ community rating regulations).â€

There is a better way,Â as the Congressman recently wrote. The question now on everyoneâ€™s minds is, â€œCan he show the same leadership now? Will he drive the process to include real and authentic repeal of Obamacare with a conservative policy replacement?â€

To change Obamacare, we needÂ comprehensive reform that will enable every American to enjoy health coverage, lower costs, increased patient choice, improved access and quality, and the protection of the patient-physician relationship.

Priscilla Jones is a writer and political humorist based in Northern Virginia. Her work has appeared in Financial Times, The Washington Times, Discovery, and many other publications and websites. Investigative journalism news stories she broke for Truth in Media have appeared on Fox News, BBC, and NBC News. She enjoys poking snakes with sticks, which is why she lives within striking distance of The Swamp in Washington, D.C.

Perhaps you would explain Brat’s statement that Social Security is insolvent?

The ever growing welfare state proves itself to be unaffordable. The politicians simply cannot stop the gravy train and, as the GOPe proved with their sham repeal of Obamacare, attempts to rein in the welfare state simply won’t happen because the political pain is too much. Frankly, the future of the welfare state is quite bleak. Just look at Western Europe.