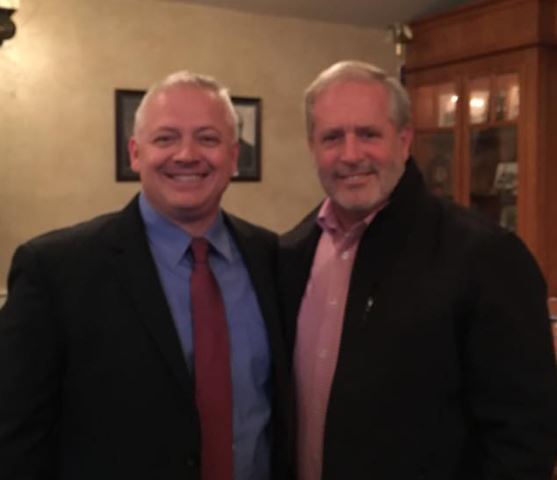 Melvin Adams, Chairman of the 5th district Congressional Committee, responds to Jack Wilson’s email to the SCC. Adams email to members of the State Central Committee:

“A clarifying response to some points made in the email you received from our Chairman, Jack Wilson.

In his email, Chairman did two things:
1. He stated his response to the resolution you received earlier this week from the 5th District. His response can be summed up with his statement, “the primary author of the resolution (who I understand was another State Central Committee member from the 5th) distorted the facts in the resolution and omitted key facts that ran counter to the narrative he wanted to create.”
2. He challenged our actions as “a matter of common decency and fairness”.

The Resolution
It is clear that there are differences of opinion on the facts related to the 97th LDC, but there are two things I feel you need to know as they relate to our Chairman’s statements:

1. The positions stated in the 5CD resolution originate in the assessment and ruling of the 1st District Committee, not in the spin of any member of our committee.
2. The Executive Committee decision made last week (7 – 4 – 1) to uphold the ruling of the 1st District Committee as the official party position (unless and until an appeal is properly filed and heard by the SCC) was made after also hearing the views of our Chairman.

Actually, our Chairman DID NOT reach out to me.
Because a visitor at our District Meeting posted on FB that a motion had been made and passed to bring the matter of a resolution to our next meeting, I was contacted by ED, John Findlay on the matter.  That evening, I called our Chairman to talk with him about it.  As he correctly stated, it was my initial thought that I didn’t want him to come because I did not want the meeting to deteriorate into a “personal trial” of his specific judgement or character. I did suggest a written statement from him for me to share with our committee, but with his insistence that he wanted to speak for himself since there were implications against him, I agreed. I would have wanted the same. Our phone conversation ended on that note.

2. Chairman correctly stated, “The  Executive Committee of the State Central Committee met to discuss the 97th HD process.  After that meeting I personally advised the 5th District Chair that in light of the motion adopted by the Executive Committee I would not be able to speak to any resolution.  I further said that it would be patently unfair for such a resolution to be considered when I could not respond.  He agreed and assured me that he would take care of it.”

When the agenda item came forward in our meeting, I stated to the Committee that, due to the decision of the EC earlier that week, I would like the proposed resolution to be held until we let the process play out. I felt we needed to let leadership respond to the directives given by the EC and reserve judgement based on how that was done. However, as Chairman of the Committee, it is not my responsibility to force my opinions but to advise and allow the committee to make decisions. The discussion of the matter started with division among members, but as an open conversation continued and several compromises were made to the original proposal of the resolution, the motion passed unanimously (minus one pre-directed proxy vote). I understand that the Chairman was not there to defend himself, but his consideration was clear in both the spirit and conversation of the meeting.

Finally, I am in full agreement with our Chairman’s final statement, “We all have work to do together.  We must stand united in support of our Republicans in the General Assembly as they fight back against the proposed gun grab by the Governor.  And after that we must work together to ensure that we re-elect majorities in the House of Delegates and the State Senate.  Continued internal bickering will significantly hinder those goals.”  I’m in!