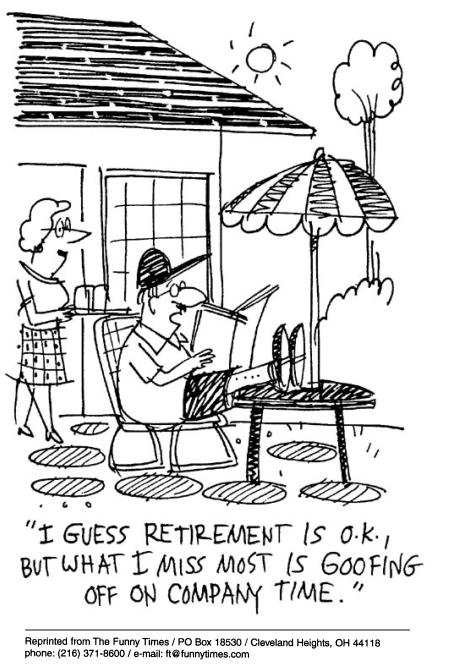 A friend who reads this column twits me sometimes about my fixation on “problems.” He reminds me that times are good. After the gloom of the Obama-years, unemployment is low, the stock market is booming, and most people are working, raising children and living reasonably well. True, we have the occasional hurricane or war, but these are beyond our control. Our political system staggers along – contentious and imperfect, but still operable. Old folks are not begging, sweeping the streets (as they do in Russia), or collecting ½ Euro from public-loo users (as they do in France). Our medical care is still the envy of the world. I should lighten up, he says.

I reply that my concentration on problems (instead of “happy stories”) is partly news-driven and partly “generational.” The news-driven part boils down to the fundamental precept of journalism: “all is well and there are no problems” is not a story. Besides, it would be disingenuous. There are problems, not all of which can be ignored indefinitely.

Seventeen years ago terrorists destroyed two great commercial buildings, damaged our military headquarters, and killed 3,000 Americans. We can ignore those events, or pretend they are of less consequence than tapping foreigners’ phone calls or cruelly keeping guys who feel “feminine” out of the female locker-room. But this won’t make the problem of terrorism less serious or cause it to disappear. Problems have an annoying way of worsening when they are ignored.

As to the “generational” factor, attitudes toward problems map to age in roughly this sequence: angry; distracted; worried; alarmed; resigned. Typically, young people get angry when they first learn of problems, but their response is idealistic. They really believe they can effect solutions by marching, conducting teach-ins (and love-ins), carrying signs and occupying campus buildings.

From about age 25 to 50, people are distracted by work, finances, health, and family. After age 50 they become worried and increasingly alarmed about problems. Eventually, as old age sets in, they become resigned – either to their own powerlessness or to a problem’s unsolvable complexity. (An alternate age-progression of attitudes places “ignorant” in place of “angry.”)

My friend who wants more happy talk belongs to the “distracted” age group. Occupied with his work and his growing family, he is doing well in a solid occupation, and sees no problems likely to affect his life – none, at least, that requires much attention or concern at the moment. My attention to problems that he can’t even recognize is symbolic of our difference in age.

I mention all this because some problems are in the pipeline that will affect people my friend’s age (40s) and younger. They just don’t know it yet. Maybe the biggest of these is retirement. Even people who think they have it under control might be in for a surprise.

My old friend Jack learned to fly in the Air Force, during the Vietnam War. After the war he was hired by a major airline and had a fine 25-year career. He was very proud of never having hurt anyone or damaged the airline’s property.

Jack had a great job. Pilots earned high salaries, so times were good for Jack’s family. The pilots’ union had negotiated a great pension plan, too. Jack planned to keep flying until the mandatory pilots’ retirement age of 60, but then came the catastrophe of 9/11/2001.

Air-travel took a serious hit, and by 2004, the airline was in deep financial trouble. Ominous rumors about changes in the pension plan were flying around. Jack figured it was a good time to take his winnings and get out. He retired with a monthly pension, but also took a cash lump-sum. Added to what Jack had saved over the years, the invested cash produced a good income. Jack was all set for the future.

But soon after Jack retired the airline declared bankruptcy and tossed its pension assets and commitments to the federal Pension Benefit Guaranty Corporation. Congress formed the PBGC in the 1980s to ensure that people would not lose all of their pensions if the company they worked for failed. When a company files for bankruptcy, it can unload its pension obligations by transferring all of its pension assets to the PBGC. The agency currently pays benefits to a million-plus people from terminated plans. It receives no federal funding.

Because of the PBGC, Jack recouped some of his pension, but far less than he expected. There’s a cap on what the PBGC will pay to anyone, regardless of what was promised. This was bad enough for Jack, but worse news loomed. Under Chapter 11 bankruptcy law, a pension plan’s assets can include lump-sums disbursed to retirees during the previous three years. So Jack’s payout could have been recalled, too, cutting Jack’s retirement income to ¼ of what he expected.

A neighbor told him, “You should have planned better.” Jack replied, “Yes, I know. I should have seen 9-11 coming. It’s all my fault…” As it turned out, the worst didn’t happen, but it was (as the Duke of Wellington said of Waterloo) “a damned close-run thing…”

Despite Jack’s wry graveyard humor, his situation is a warning-bell to others. Millions of workers might face uncertain pension futures in the years ahead. One problem Jack’s airline and other companies have had with pensions is “quantifying and funding.” Quantifying a pension means calculating the benefit an employee would get if his service with the company ended now. Accountants know how much an annuity will cost to pay that benefit, and how much must be set aside now to buy the annuity when the employee retires. Current laws about funding those quantified pension costs are more stringent today than formerly.

In the past, companies promised pensions in the expectation that their business would expand enough to meet the obligation out of current revenues when payment came due. Some unions negotiated big pensions during high-profit years, but no one was keeping score or doing any quantifying. Thus, when the business didn’t expand as expected – or actually contracted – those big promises became big fiscal problems. It’s why pensions are squeezing many companies, and why their employees are facing nasty retirement surprises.

Unfortunately, pension under-funding is not unique to private business. The Social Security has operated this way since 1935. Benefits have never been linked by a consistent, uniform formula to the taxes a worker and his employer paid into the system during his working lifetime. Congress reserved to itself the determination of what those benefits should be, without any concern for how much they would cost. Laws requiring businesses to fund pensions fully did not apply to Social Security. Millions of workers have retired on Social Security pensions all out of proportion to the taxes they paid. But with many more workers paying FICA taxes than retirees drawing benefits, the fundamental unsoundness of the system remained hidden for many years.

In 1950, sixteen workers paid Social Security taxes for every retiree drawing benefits. Today, there are 2.6 workers for every retiree. By 2030, that will be 2.3 workers per retiree. Without any changes to the system, annual benefits will eventually exceed annual taxes, and the shortfall will have to be made up with funds from the Social Security Trust Fund. (The SSTF contains only Treasury notes, which must be redeemed to produce the needed monies.) By the 2040s, the Fund will be empty. The system will be unable to meet its obligations fully without additional funding.

In his second term, President G. W. Bush made the first serious attempt in Social Security’s history to put this New Deal relic on a partially pre-funded footing for future retirees. He proposed that workers under age 55 should have the option of diverting part of their FICA taxes into Personal Savings Accounts in exchange for foregoing part of the SS-benefits they might have expected. At retirement, they would draw from their PSA-funds to replace the missing Social Security pension.

This would actually enable a better retirement income than the present system provides. Also, the PSA would belong entirely to the worker. At his death, any residual funds would be part of his estate. Besides these personal benefits, the PSA plan would begin to reduce Social Security’s unfunded liability. Eventual conversion to an entirely pre-funded system would eliminate the liability entirely. This would take decades, but it has taken us seventy years to get where we are. It won’t be corrected overnight.

For two months the president tried hard to sell his privatization-concept at “town hall” sessions around the country. Perhaps he thought many younger people would embrace his idea, since they have the most to lose under the current system. But most of them seemed indifferent. Meanwhile, retirees’ organizations like the AARP mounted a furious campaign to trash the president’s proposal. Hammered by adversarial media, it gathered little support, and the Congress avoided it. Finally, Mr. Bush gave up. Arguably, his attempt to tamper with the system propelled Democrats to control of both houses of Congress in 2006. Not for nothing is Social Security called the “Third Rail of American politics.”

Twenty- and thirty-somethings do have the most to gain from some version of Mr. Bush’s idea, and the most to lose from the current system. But “W” miscalculated their response. They didn’t rally to his proposal because they are in the “ignorant” or “distracted” age groups. They are busy finding mates, building careers, raising families, and paying for all of it. Retirement seems ages away, and most haven’t even begun to think about it. Like my young friend, they assume it will work out when the time comes. They’ll think about it later.

Watching Social Security move toward its end-game is like watching a slow-motion train wreck: you know what’s happening, but you can’t stop it. Baby Boomers – accustomed to getting what they want because of their great numbers – expect the good times to roll right on when they retire. Some are already retired. Others will get a rude 5 o’clock surprise when the time arrives. If they are lucky, it won’t be as bad as Jack’s surprise. But Social Security’s poor return will be a rude enough shock. They’ll find out they’ve been had, and it will be too late to do anything about it.

If members of the next generation wake up, they can still do something about this. I hope they will, but it will take a mighty concentration of political will. Meanwhile, if you’re still working, save and invest all you can. You’re going to need it. Please pass this on to someone in the “ignorant” or “distracted” age groups. Rough waters ahead. 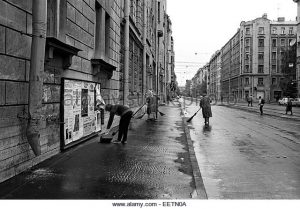