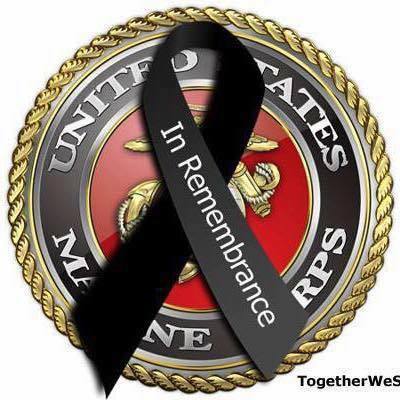 After the recent shootings of four marines in Tennessee, Senator Dick Black expressed a sentiment that many of us shared. It quickly went viral. [read_more] Senator Black said,

“There is something seriously wrong when we need civilians guarding our military personnel because we disarmed them.”

Senator Black is now calling on Governor McAuliffe to arm our national guard and defense forces in Virginia so they can protect themselves.

I urge you to immediately issue arms and ammunition to Virginia’s National Guard and to the Virginia Defense Forces.  I also ask that you harden State military installations and recruiting stations against ISIS and al Qaeda sympathizers.  Soldiers must be armed.

My request stems from jihadist threats and from attacks on U.S. military installations.  On July 16, 2015, Mohammad Youssuf Abdulazeez attacked military targets in Chattanooga.  The “No guns allowed” sign at the Marine Recruiting Center was a deadly invitation to jihad.

Strict rules against loaded firearms have left troops defenseless against murderous jihadists.  Instead of acting like soldiers, they are told to run and hide.  This is unacceptable. Since 9-11, America has been repeatedly targeted by militants.  This year, I was personally designated an “enemy of ISIS” because of my outspoken defense of Christianity.  If I am meant to die, I will not run and hide.  I will go down fighting because that is the American way.

The Chattanooga shooting is hardly the first such attack. On September 11, 2001, jihadists killed 3,000 Americans in the Twin Towers and at the Pentagon.  In 2009, Major Nidal Hasan killed 13 unarmed soldiers and wounded 30 at Fort Hood, Texas.  That year, there was another attack at Little Rock, Arkansas, where an American-Muslim killed a soldier at a recruiting center.

As a combat-wounded Marine, I am appalled that our troops are defenseless against attackers.  In Vietnam, we refused to be captured and fought to the death.  If it weren’t for my M-14 rifle, I wouldn’t be alive to write you this letter today.  Virginia’s soldiers deserve that same right.

I ask you to join governors who are arming their state’s Guardsmen.  Give our troops a fighting chance.

Let’s join the Senator and send a message to Governor McAuliffe asking him to arm our troops so they can protect themselves and the civilians on our military bases.  It’s the least we can do to keep our troops safe!

“In 2005, when Black was serving in the Virginia House of Delegates, he made a speech in which he said he “did not know how on earth you could validly get a conviction of a husband-wife rape, when they’re living together, sleeping in the same bed, she’s in a nightie, and so forth, there’s no injury, there’s no separation or anything.” What the heck? http://www.huffingtonpost.com/2014/01/15/dick-black-rape_n_4602683.html

Military and civilians need to enjoy the same rights, and suffer the same pains infringing on any rights.
Of course our military shouldn’t be disarmed, but neither should civilians.

Senator Black. I agree with you 100%, but I wish you would NOT call these terrorists “Muslims”. I know so many kind, loving, peaceful Muslims who HATE that these Evil terrorists have hijacked the good name of Islam. Please call them EVIL, or FAKE Muslims, or just brainwashed A$$holes.

So the military should now carry weapons while stateside? Shouldn’t we declare martial law first?

This will have about as much impact as calls for President Prissy-pants to lift the ban on armed carry for our endangered American heroes. Anti-gun nuts will never, ever be accused of using common sense. Where are the lobbyists when you need one?

On the subject of the post, I support Sen. Black’s initiative. As a former CA Guardsman, I recall how insanely difficult it was to get ammunition for things that obviously required ammunition. In particular, I remember having to fight tooth and nail to get loaded firearms in order to accompany a small convoy of vehicles that was transporting a large quantity of small arms (in the United States), which were an obvious target for theft…especially if someone found out we had no weapons to stop a theft. The higher authorities didn’t want to arm the convoy. In wasn’t until our highly agitated Ranger-qualed CO said in no uncertain terms he refused to move the convoy until we had live ammo to protect it that we were issued the ammo.
And how stupid is a “no guns” sign? Why not just put a bullseye on the building.

About as weak as telling our service people to NOT wear their uniforms.
http://clashdaily.com/2015/07/recruiters-to-not-to-wear-uniforms-this-soldier-thinks-thats-bullsh-t/

Not wear uniforms?!?!?!? That is the liberals’ equivalent of saying they were asking for it because their uniforms provoked hostility. No uniforms. I can’t believe it.

Come on Black has a long and documented history of taking credit for what others do. He hasn’t lead a major initiative that resulted in legislation since he’s been in office. Richmond consider him noise, but a reliable conservative vote. That’s not bad, but I would expect more from a Senator. Not just a yes man.

My goodness Blackout, you’ve been saying stuff like this for decades. No one has ever bought and they still aren’t because it simply is not true. Everyone knows everything Dick Black has done for us. But we get it, democrats like you hate him and will continue to try to peddle this nonsense.

Typical tactic, attack the messenger with some obscure reference.

You are hardly obscure! You’ve been working hard at this for a couple of decades.

If he’s not effective, if he sits quietly in the background, why have you spent 17 years of your life trying to get him out of office? Obviously Senator Black is very effective, or you wouldn’t care so much. Your persistence against him proves that he is effective.

If you think he is ineffective, not only are you bias but you are ignorant too. Was Senator Black ineffective when he stopped expanding Medicaid/Obamacare in Virginia? That would have put 400,000 additional people on welfare in Virginia and if it weren’t for Sen. Black, we’d be footing that bill. If he’s so ineffective, why do you bother to stop, read and comment about him? (Hint – because he’s a threat to the liberal agenda.)

Instead we are footing the bill for those states that did expand Medicaid. Bravo! Send Virginia tax dollars to other states to subsidize their budgets. Were you dropped on your head as a child?

No one listens to Black. This falls on deaf ears. It is his problem, there is no respect for this blow hard in Richmond. He is completely ineffective. That is unless you hear from his daughter who tries to explain what he has done, to include making stuff up about how great he is.

What the heck does your comment have to do with the subject of this article, which is about providing reasonable defense for our military? While you are sliming Black, maybe you’d like to disparage his military service as well.

That’s what democrats do! That’s all they’ve got. Ignore Blackout.

Voters know how great he is which is why he gets elected again and again and again. Sadly for for you your decades of bashing Dick Black haven’t worked. It won’t work this time either.

Have you ever considered a new hobby? This one just ain’t workin’ for you.

If no one listens to him, why does he matter so much to you? The answer is obvious.