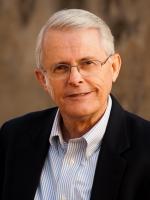 Putting his party and state first, State Senator Dick Black has made the very difficult decision to withdraw from the race for Congress in the 10th district.  His campaign was off to a great start with promises of endorsements from top party officials and leaders in the Commonwealth.  Senator Black was raising money at the amazing rate of  nearly $10,000 a day.   Support for his candidacy was widespread.

However, after John Whitbeck’s loss, and after consulting with the Republicans in the Virginia  Senate, as well as other party leaders, Senator Black came to realize that the balance in the Senate is so precarious that he cannot abandon his very important role in our state government.  It’s just too important to all of us that he remain in the State Senate.

It was not an easy decision to make.  He made the decision for the good of the republican party, and more importantly, for the good of the people of the Commonwealth.  Senator Black does not want see Governor McAuliffe succeed with his radical agenda that includes the expansion of Medicaid in Virginia which will bankrupt our state in years to come unless another huge tax increase is passed.   Senator Black will vigorously fight the expansion of Medicaid because he is fully aware of what it will cost our Commonwealth.  By remaining in the State Senate Dick Black keeps the senate evenly split between Democrats and Republicans, 20-20.

I applaud his courageous decision to put Virginia first!

Senator Black has issued this statement:

“Our nation and Virginia are at a critical juncture,” Black said. “I seriously considered running for the 10th Congressional seat, however, after meeting with Republican Caucus leaders in Richmond, it is imperative that I remain in the Senate where I am needed to maintain our 20/20 split.”

“I had hoped that John Whitbeck would win the 33rd Senate race.  He was a terrific candidate—smart, decent, honest, likable and hard-working.  He is the kind of man our children could look up to.  I am proud of our friendship and look forward to working with John in years to come.”  Black said.

“John’s loss leaves the Virginia Senate in a precarious 20-20 split, with the Lieutenant Governor as tie-breaker.  Because of that, I am no longer able to leave the 13th District Senate Seat.  Too much is at risk for Virginia, and I must not trigger another costly senate race by stepping down from my seat at this time.”

Despite having endorsements from many key elected officials and party activists, Senator Black said he took into consideration how vacating his senate seat at this critical juncture would disrupt the fragile balance of power that now exists in Richmond.

“For the first time in years, the Democrats control The Governor’s mansion, the Lt. Governor’s seat, and the Attorney General’s office,” Black said.  “Now, more than ever, we need strong, conservative voices in the senate to protect the Commonwealth from the Democrat’s left wing agenda, and to prevent the expansion of Medicaid from going forward.”

Thank you Senator Black for the sacrifice you have made for all of us in the Commonwealth.  It’s sacrifices like this, which you have made throughout your life, that make us all respect you and your leadership in the General Assembly.

“It is all too rare in politics these days to find someone who will make the hard choice. Who will put Commonwealth above self, even when presented with the chance to advance their career. “

“I want to thank my long-time friend, Dick Black, for doing just that — putting his Commonwealth first. Dick would have been an excellent Congressman, and I would have greatly enjoyed being with him out on the campaign trail as we worked to hold Frank Wolf’s seat. But Dick realized that the situation in Richmond was simply too tenuous, and our Commonwealth’s future could hang in the balance. He made the tough choice, and I can’t tell you how proud and thankful I am that he has done so.”

“Thank you, Dick, for making the hard choice. I’m more proud than ever to call you my friend.”

I share our Chairman’s feelings.  I am more proud than ever of my Senator so proud to call him my friend.

[…] In an email to a conservative Virginia blog, Black explained that he was dropping his bid in order to remain in the Virginia Senate, which is split 20-20 between Republicans and Democrats. (Virginia’s lieutenant governor, Democrat Ralph Northam, can cast the deciding vote in the event of a tie.) Black wrote that he made the decision after meeting with Republican caucus leaders in Richmond. […]

I hope we get better alternatives than enemy of human freedom Barbara Comstock. This state is already swirling the toilet, elect her and you may as well just flush.

[…] two days later, he released a statement to the conservative Bull Elephant blog announcing that he was withdrawing his candidacy, citing his […]

When Bob Marshall endorsed Black, I saw reports that Marshall would strongly consider running if Black didn’t run. Has anyone heard if Marshall is reconsidering running now that Black is out?

I haven’t heard anything like that. I don’t think Marshall is going to get in this race. If he is, he’d better decide quickly since the 10th district committee just set the filing deadline as February 15th.

[…] two days later, he released a statement to the conservative Bull Elephant blog announcing that he was withdrawing his candidacy, citing his […]

[…] the 10th congressional district’s GOP nomination just last week, has made an about-face, and will not run. The reason? Quite simple: Senate […]

[…] The Bull Elephant (is “sister” the proper term given it is a “bull”?) has the exclusive on State Sen. Dick Black’s decision to drop out of the race for U.S. Congress and remain in […]

[…] 10th congressional district’s GOP nomination just last week, has made an about-face, and will not run. The reason? Quite simple: Senate […]

That’s class and what you would expect from Dick Black.

You got it! It’s already begun. Sad.

I wish we had more people with the integrity and commitment of Sen. Black. Well done, sir!

Did Dick Black post the press release anywhere/where did this come from?

It came from Senator Dick Black.

He emailed it to you or is it on his website?

I don’t know if it’s on his website. I got it from him.

A Republican who puts his party first. Thank you Senator Black.