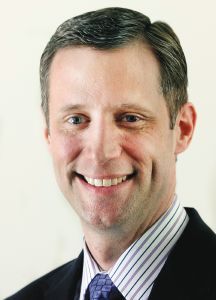 Stephen Hollingshead Running for Senate in the 33rd District

From his press release:

Stephen Hollingshead is expected to announce tonight that he is entering the race for the 33rd Senate District at the Loudoun Country Republican Committee meeting.  Hollingshead is well-known in Republican circles as a team player with solid conservative values.  As a father of 13 children, he and his family have worked on numerous campaigns in the area which caught the eye of many elected officials who approached him about running.

In recent months, there has been great speculation that Stephen Hollingshead would run for office, as the chorus of encouragement grew louder from Republican activists around the county.  His name was tossed around for Chairman, Supervisor as well as Senator.  Tonight, Hollingshead will announce that he is ready to take on Senator Wexton in a battle to return the 33rd Senate seat into Republican hands.

Freshman Senator Jennifer Wexton won the seat when Republican John Whitbeck was also challenged by a Republican-turned-Independent Joe May who ultimately pulled money and votes away from the Republican’s campaign.  This November, however, May will not be in the race and it appears that this race will be a one-on-one battle between a Republican and a Democrat, in a year when Republicans are expected to have the wind to their backs.

Stephen Hollingshead is a life-long Republican who served in the Bush administration as the Senior Advisor to the HUD Secretary and as the Deputy Assistant Secretary for Enforcement.  Stephen was heralded in Washington circles for coordinating the team that stopped $2 billion a year in welfare fraud.

Hollingshead spent most of his career in private business and knows what it takes to create jobs and meet payroll.  Hollingshead has a reputation as a no-nonsense fiscal and social conservative who fights for less government and more freedom for American families. Stephen Hollingshead has been married to his wife, Jan, for 24 years and they live in Leesburg.

I proudly support Hollingshead to be our next Senator from 33rd district.

I thought Ron Meyer seemed nice, but a little young to have much experience. I like the idea of businessmen running for office because he’ll understand why it hurts every time the raise my taxes in Richmond!

Let me add my applause to Stevens decision. As I have said in the past he will make a formidable candidate and a great conservative State Senator if elected. Stephen, as we have discussed you have my support and endorsement. Well done !

Sounds like the type of representation we need in Loudoun County!

Great news for Loudoun County and the 33rd Senate!

Great news for the 33rd District! Can’t wait to see the endorsements he picks up! He’s got a great reputation, that’s for sure!