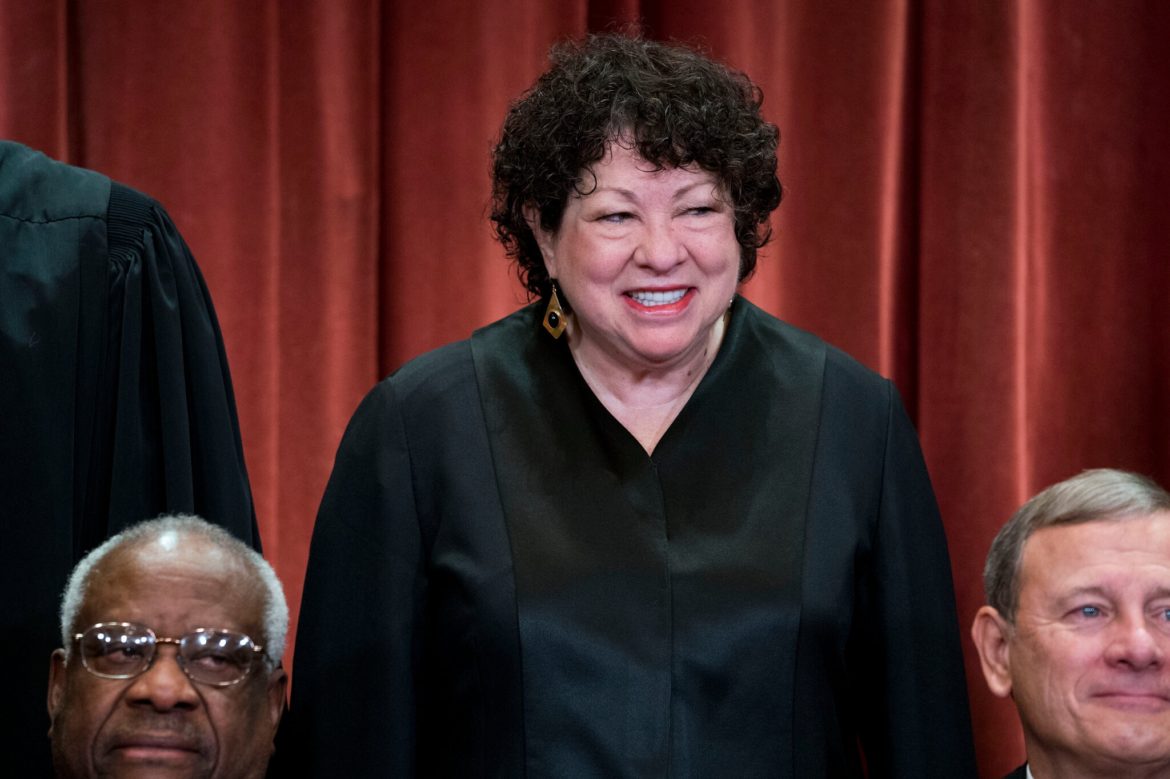 Progressive Supreme Court Justice Sonia Sotomayor, who has called herself a “wise Latina,” is offended by the word “alien.” So she censored the word from an earlier Supreme Court decision in quoting from it, replacing it with the word “noncitizen,” which does not mean exactly the same thing. She did that even though “alien” was the proper legal term to use.

On May 24, the Supreme Court decided an immigration case, United States v. Palomar-Santiago. Justice Sotomayor wrote the decision. In her opinion, Sotomayor used “the phrase ‘noncitizen,’ rather than ‘alien,’ the term used” in the law she was interpreting, notes law professor Josh Blackman. That law speaks of “reentry of removed aliens.”

Even odder, Justice Sotomayor quoted a 1987 decision, United States v. Mendoza-Lopez, that used the word “alien,” but in doing so, she replaced the word “alien” with “[noncitizen].” She did it twice, writing that “the statute ‘does not comport with the constitutional requirement of due process’ insofar as it ‘impose[s] a criminal penalty for reentry after any deportation, regardless of how violative of the rights of the [noncitizen] the deportation proceeding may have been,'” and that a criminal defendant’s challenge to a deportation order must “‘be permitted where the deportation proceeding effectively eliminates the right of the [noncitizen] to obtain judicial review.'” The 1987 decision she was misquoting was authored by Justice Thurgood Marshall, the first black man to serve on the Supreme Court.

In the past, Sotomayor has claimed that the term “alien” is insulting. She says that when it is used, â€œpeople then paint those individuals as something less than worthy human beings and it changes the conversation.â€

But she was wrong to replace the word “alien” with “non-citizen,” because the two terms have different meanings. Not all non-citizens are aliens. People from American Samoa are not American citizens, but they are also not aliens — they are “American nationals.” Unlike an alien, American nationals have every right to stay in this country, although they are denied certain privileges due to their non-citizen status, and can’t vote in most federal elections.

Federal laws also refer to legal aliens — people who have been authorized to work or live in the U.S. for a temporary period, but not to stay permanently or become citizens. For example, my wife was once a legal alien when she worked as a local employee for a foreign embassy in Washington, DC.  I referred to her back then as a “legal alien,” because that accurately described her legal status, not to paint her as a “less than worthy human” being.

Yet many progressives don’t like the term “alien,” which they view as racist. It is part of the term “illegal alien,” which they would prefer to see replaced with euphemisms like “undocumented immigrants” or “new Americans.” These euphemisms are confusing and misleading, because many “new Americans” are legal immigrants, and many illegal immigrants are not “undocumented”: they have documents such as U.S. driver’s licenses, or school ID’s issued in the U.S.

Moreover, “alien” and “illegal alien” are proper legal terms. The Cato Instituteâ€™s Alex Nowrasteh is an expert on immigration law who has  testified before Congress. As he notes, the term â€œillegal alienâ€ is frequently used in federal law (“33 times”), as are other terms containing the word alien, like â€œunauthorized alienâ€ (used “21 times”).

Sotomayor’s ruling sacrificed accuracy to promote political correctness. But being inaccurate seems to have little cost for progressive judges these days.

On May 24, Virginia’s U.S. Senators recommended for promotion a judge who confused the Constitution with the Declaration of Independence in one of her rulings. That judge claimed Virginia’s ban on gay marriage violated a Constitutional provision saying that “all men” are “created equal.” That language does not appear in the Constitution, only the Declaration of Independence. But Judge Arenda Wright Allen, who made that mistake, has been recommended to President Biden to fill a vacancy on the Fourth Circuit Court of Appeals in Richmond.

In 2014, ABC News described how Judge Allen wrongly attributed this phrase to the Constitution:

A federal judge who struck down Virginiaâ€™s ban on gay marriage inaccurately attributed a quote from Declaration of Independence to the Constitution.

President Biden, who may nominate Judge Allen in the near future, has made plenty of inaccurate claims of his own. The Washington Post fact-checker says President Biden “made 78 false or misleading statements” in just his first 100 days in office.

She confirms that she is political and particularly opposed to American exceptionalism. Definitely a global socialist, aka , modern democrat

Comments are now open to all. Sorry for the delay. I value your comments.