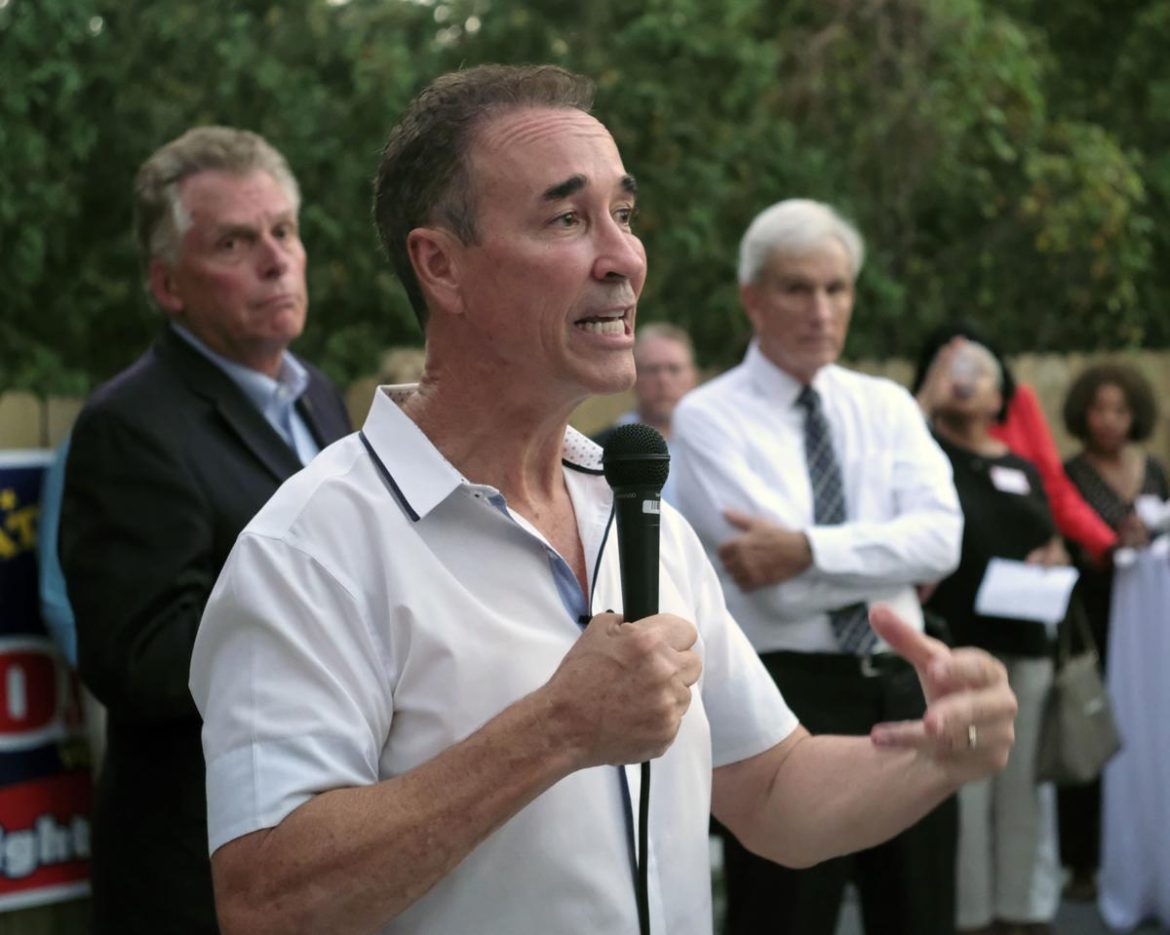 After calling on Senator Joe Morrissey to resign in 2014 when Morrissey was convicted (and served jail time)for having sex with his underage receptionist, Terry McAuliffe held a fundraiser for Morrissey when he ran for state senator in 2019. (Use our search engine on the top right to find many more articles about the colorful Senator Morrissey.)

From the Washington Free Beacon:

McAuliffe initially called on Morrissey to resign as a state delegate after the conviction, calling the charges “disturbing.” But five years later, McAuliffe flipped and campaigned for Morrissey after he won the Democratic primary for a state senate seat. McAuliffe’s change of heart is raising questions about his political motivations.

“I won [the primary], and the next story was look at all these Democrats that are genuflecting at the altar of Joe Morrissey,” said Morrissey. “I’m not naÃ¯ve, I have thick Irish skin, and I get it”. “That’s what politicians do, and that’s why my wife hates politicians, because they just look at what’s politically expedient,” Morrissey added.

Let’s not forget Terry McAuliffe called on Governor Northam to resign in 2019 when it was revealed that the Governor wore blackface while in medical school. Two years later, McAuliffe was “honored” to get the endorsement of Northam. One old white guy endorsing another old white guy, with hypocrisy reigning. That seems to be what the Democrat party has become.

In reference to Trump Terry McAuliffe said;
â€œIf he stood behind me like that heâ€™d be picking himself off the floorâ€
Now we know that is not true because when it came to Charlottesville Terry McAuliffe chose to run and let Virginians be attacked, then coward Terry blamed Trump for his own inept leadership.
FWRD to 2020 Terry chose not to run for President because, as sources say he felt he couldnâ€™t win against Trump. So here we are with Terry once again running for Governor but just for a little bit because he is going to run in 2024 against Americaâ€™s First Black Woman VP. Yes the white man Terry doesnâ€™t think she is good enough to be President.
1.0 Terry let Virginia down with his ineptitude in Charlottesville, 2.0 Terry is out to make things worse.
How much POT money has Troublesome Terry taken before it was made legal?
Terry not morally good enough for any Virginians, right or left.

His fabulous concert tour with Bill O’Reilly is turning out to be a BIG FLOP.

Venues in Orland, Dallas, and Houston are reporting that 60 to 65 percent of tickets are unsold and sales have all but stopped.

Maybe he needs to avoid Dallas, Orlando, and Houston and, instead, visit Jonesville, Big Stone Gap, Martinsville, Rocky Mount, Lovettsville . . . . you know, places where people buy into his bullshit.

In 1999 Terry McAuliffe put up $1.3 million toward the purchase of a New York home for the Clintons when they were burdened by legal debts from the Monica Lewinsky sex scandal and Hillary needed to establish residency for a U.S. Senate run from NY. Never mind that Lewinsky, then a 22 year old jr. political aid who made a mistake and fell in love with her boss, was publicly and wrongfully shamed, bullied and humiliated by Clinton cronies. Where was McAuliffe in that era when cruel jokes and more were made when his boss trashed “That Womanâ€, a human being with a soul, who was branded as a slut and became the first victim of a massive cyber bullying campaign? Where was Terry McAuliffe in 1999 when this happened to a young and impressionable political aid named Monica Lewinsky who made a mistake?

His latest fundraising email subject line is;
Were â€œblowing this oneâ€
It is all to fitting for this article on the perversions & perverts in todayâ€™s Democrat Representation.

Sources are saying that if McAuliffe is elected expect by this time next year to start hearing about his Presidential Run in 2024 as Biden chooses not to run for re-election.
So we can count on McAuliffe not only staying on as Governor for his term but to run against the â€œBlack Womanâ€ for President because he doesnâ€™t think that she is good enough,
Thatâ€™s an Awful Shame, just to use Virginia.

From the time a Clinton crony like McAuliffe hears “underage girl” to the time he shows up with his pants unzipped is about 2.3 seconds. He was probably offended Morrissey hadn’t invited him earlier.

Maaaay not want to play the â€œtheyâ€™re all bad and my guys are pure as the wind driven snowâ€ game. Just a suggestion but you do you.

Well would we expect anything less out of Terry McAuliffe himself the Democrat Nominee For Virginia Governor to support perverts and after all he wants to teach â€œour children â€œ in â€œour public schoolsâ€ how one man is to properly inject his semen into another mans rectum.
There is nothing proper about that and Terry McAuliffe himself is not proper.
Birds of the same feather flock together.

“. . . to properly inject his semen into another mans rectum. ”

And you are familiar with this how???