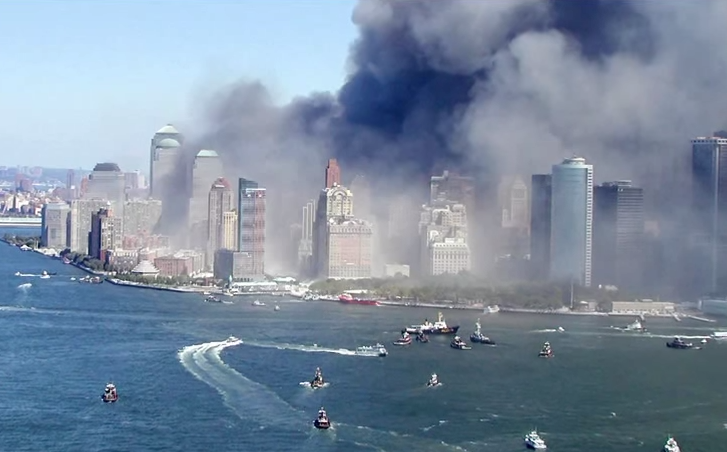 With each anniversary of that fateful 11th day of September 2001, we must remember the human cost, the excruciating suffering, the lingering trauma and, yes, the heroism.  For who knows when each one of us may be called upon to reach deep into the well of our souls and come to the aid of another man, woman or child in heroic fashion.

Embedded in this post is a 12-minute video about the 9/11 Boat Lift narrated by Tom Hanks.  It is riveting, haunting and filled with anguish.  Yet it is inspirational beyond description.  As Hanks recounts:  “The great Boat Lift of 9/11 became the largest sea evacuation in history.  Larger than the evacuation of Dunkirk in WWII, where 339,000 British and French soldiers were rescued over the course of nine days.  On 9/11, nearly 500,000 civilians were rescued from Manhattan by boat.  It took less than nine hours.”

As one waterman said about the heroes who came to rescue the people of Lower Manhattan that fateful day, “They showed us, when the American people need to come together and pull together, they will do it.”

Watching this film, you’ll be reminded of the American spirit of Patriotism at its finest.  We knew we were under attack.  We would fight together heroically to overcome and to rebuild.  And we proudly waved our American flags. Everywhere.

Today, our country is under attack again.  You can see the evidence in city streets set aflame with sophisticated bombs, businesses looted and store windows smashed, American flags desecrated, calculated attacks on law enforcement, restaurant diners verbally and physically assaulted by hoodlums who do the anarchists’ bidding by trampling upon civil society.   Make no mistake.  We are under attack.  With a pivotal election right around the corner.

How will you defend your town, your family, your business, your classroom, your unalienable rights endowed by the Creator and protected by the Constitution?  Will you be called upon to be a hero?

One of the emotional voices featured in the 9/11 Boat Lift film is that of another waterman.  Mark his words:  “I believe somebody has a little hero in ‘em. You gotta look in and it’s in there.  It’ll come out.  If it needs to be”.