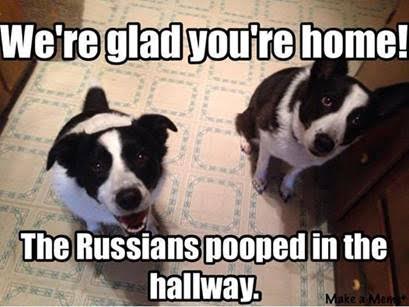 “What is to be done with a political system in which no one any longer believes? This is a revolutionary question because America’s ruling class largely destroyed, along with its own credibility, the respect for truth, and the culture of restraint that had made the American people unique stewards of freedom and prosperity.”

So wrote Angelo Codevilla, professor emeritus at Boston University and senior fellow of the Claremont Institute, in the fall issue of the Claremont Review of Books. His essay, The Rise of Political Correctness, is a tutorial on the PC war on America and the catastrophic results it deliberately unleashed.

While Professor Codevilla was digging in the PC closet, the proof of his observations have been ricocheting throughout the political, educational, religious and cultural institutions for a generation and more. The radical ruling class and its political UniParty of Democrats and Republicans have been systematically attacking and “transforming” the existing Constitutional order, Judeo-Christian values and the concept of individual responsibility – with enormous success.

Then, what proved to be only a tissue-thin ruse of inevitability about the new “global order” that would deconstruct existing power and empower unspecified global entities – promoted by their media shills and implemented by the unaccountable Administrative State – was swept away in six months by the shock waves from the Brexit vote in the UK, followed by the stunning election of Donald J. Trump.

The reaction on the part of the ruling class and the political UniParty is all the evidence a competent observer needs to evaluate the motives of both.

Tuesday night, President Trump stepped into the well of the House and became the President of the United States, unambiguously.

Even if President Trump’s approval soars after this address, the ferocious back draft by the ruling class and its political acolytes in both parties will intensify, not abate. The radical left, former President Obama and his 30,000 ground troops, a unified corporate media and entertainment establishment and the educational institutions have too much to lose.

You can observe how this will be played already, with the absurd “Russian” connection meme and the Serengeti-style feeding frenzy by the “main stream” media after taking down National Security Advisor, General Michael Flynn, on February 13th.

A sinister Russian “connection” for which there is not even a speck of proof offered, is now an ongoing daily obsession in the corrupt corporate media.

However, the timeline demonstrates that this was a well coordinated direct attack on the new Administration by the outgoing Obama crew and the embedded Administrative State in the intelligence community.

After eight years in office, President Obama waited until January 12th to expand the ability of the National Security Agency (NSA) to share intercepted phone data with 16 other intelligence agencies across the government, prior to adding any privacy protections for civilians (which Mr. Flynn was at the time) whose data was scooped up. (This, of course, means that going forward no private phone conversation is safe from public disclosure, regardless of the FISA courts or the promises of Congress.)

By an amazing coincidence, on January 12th Mr. Flynn’s supposedly illegal phone conversation with the Russian Ambassador was then “revealed” by the New York Times, among others, claiming that Mr. Flynn spoke about lifting the sanctions on the Russians for their intervention in Crimea.

However, no one in the public has seen the alleged transcript, nor is there even a single word directly quoted that would substantiate any impropriety by the incoming National Security Advisor. Yet, three weeks later the radicals are still busy constructing the fantasy – in hysterical rants – taking about treason and impeachment even without an atom of evidence, and while the intelligence agencies have said as much.

Even the New York Times’ own articles admit that there is no proof for the stories that have been on the front page!

In the meantime, the so-called leaks and rumors on a variety of subjects come every day, supplied by the Administrative State and by the steady drumbeat from Mr. Obama’s 30,000 community organizers, and the cheer leading by Democrats (and a few Republicans), who are virtually unintelligible and unhinged with their overreach.  It will get worse, not better.

For those who are demanding “real science” in our political discourse, here is a truth for which there is observable proof; when two conflicting forces occupy the same space, one or the other must yield.

The PC radicals long ago won the battle for the major institutions, but they have still failed to convert the “bitter clingers” of Middle America. Now, the question seems to be coming quickly to a head – which of the two forces occupying the same space will yield?

The answer is, who is willing to fight the hardest?

President Trump, so far, is leading the battle from within the White House, with tepid support from Capitol Hill and his own majorities. There seems to be little appetite to fight on the part of many members for the very issues that they were elected to correct, even though they themselves are getting pummeled every day in the press with “created” stories and fake news, and in district town hall meetings where paid protestors are bused in to scream at them.

(Inexplicably, even former President Bush, who didn’t say a single word during the eight years that Barack Obama was busy destroying everything he could put his hands on, publicly criticized the Trump agenda on refugees, immigration, and the corrupt press, using the same bromides that marked his inaction during his own presidency.)

Professor Codevilla instructs us of a blunt reality of how the average American is viewed by these radicals. “America’s ruling class seems to have adopted the view that the rest of America should be treated as inmates in reeducation camps.”

This is the war we are in; and it is difficult to see how the battle for America goes beyond this President now, unless an army of millions of Americans step up to the front lines and press the case they made on November 8th.

[…] humble commentator has been writing since February of 2017 on the this entire sordid mess (samples here, here, here and here in order) and has proposed previously that there was more evidence for the […]

[…] I wrote last Wednesday in The Battle Rages, the renewed momentum for the putsch declared and led by the Obama-Clinton-Corporate Media Cartel […]

Michael it took us decades of political blundering to reach the point that placed Trump in the WH and it will take years of concerted effort to work ourselves out of the resultant neglect and outright institutional destruction. But the Trump presidency has already begun the first critical phase not only in policy areas but in flushing the quasi handlers,professional bureaucrats and shadow decision makers out into the light of day where they not only despise to be but are vulnerable for identification and removal from the body politic.

If we only have the political patience to fight a battle we will surely lose the war and many are counting on that very thing to occur. This is in my opinion where the Reagan era political revolution completely failed. We put the reformer in the WH but couldn’t maintain the political ramparts to see the systemic change fully enacted. We need to focus getting the younger generation on board and quickly by emphasizing what is in their true best self interests economically and politically. I wouldn’t start on the college campus but rather in the work place where this younger generation is entering the job markets under employed and financially strapped. This is going to take some time and it will not see completion under a 70 year old president so we need to begin to focus on building the human resource underpinnings to see it through this time around.

Thank you Michael Giere. One of your very best.