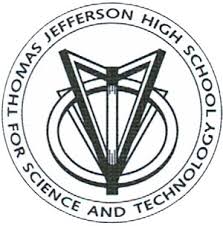 Even at Thomas Jefferson High School for Science and Technology it’s rare for a student to be accepted at all eight Ivy League Schools because admissions can often be unpredictable, but this year Pooja Chandrashekar did it. [read_more]She was also accepted at Stanford, MIT, Duke, the University of Virginia, the University of Michigan and Georgia Tech. Pooja was born in Potomac Falls Virginia after her parents immigrated from Bangalore, India. Her amazing story is here.

One other US student was accepted at all eight Ivies this year, a New Yorker who immigrated to this country at age 8 from Nigeria, Harold Ekeh.

“It was kind of difficult adjusting to the new environment and the new culture,” he said. But he saw his parents working hard, “and I took their example and decided to apply myself.”

In his college essay he wrote:

“Like a tree, uprooted and replanted, I could have withered in a new country surrounded by people and languages I did not understand. Yet, I witnessed my parents persevere despite the potential to succumb. I faced my challenges with newfound zeal; I risked humiliation, spending my recesses talking to unfamiliar faces, ignoring their sarcastic remarks.”

And if they are truly smarter than the average bear, they will bypass all 8 of the IL schools.