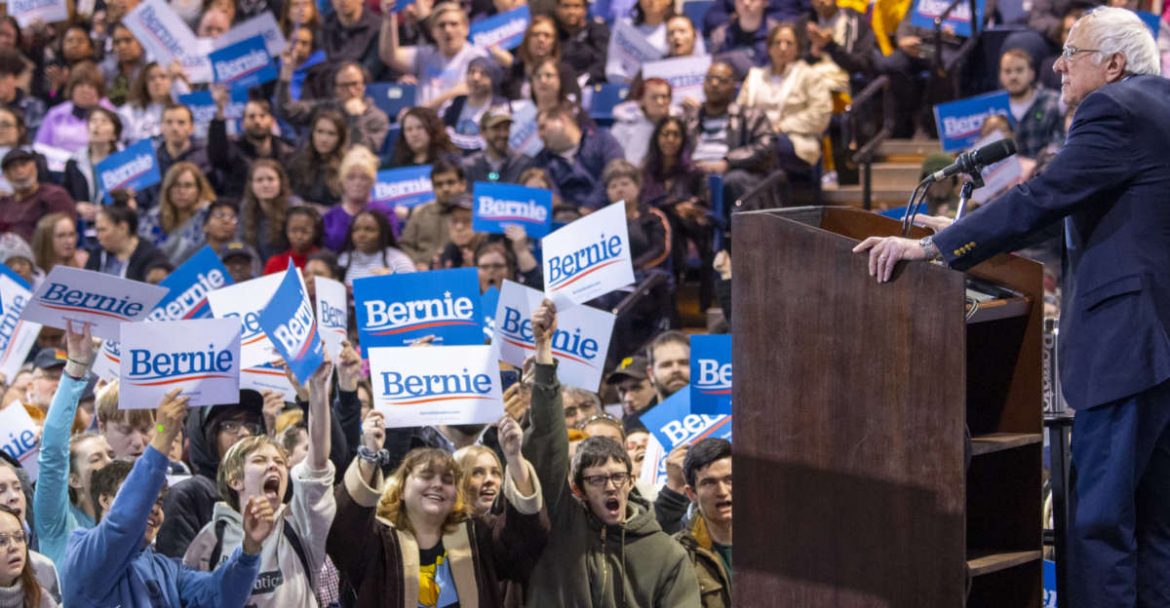 Trump volunteer Markus Gohring of Virginia Beach was attacked by a security person at the Feb. 29 Bernie Sanders rally in Virginia Beach’s Virginia Wesleyan University, where the Vermont Senator was campaigning for Tuesday’s Virginia primary.

Gohring sustained hurt elbows, knees and was very shaken up.  He filed a complaint with Virginia Beach police.

The videos were taken by two different people outside the rally.  It clearly shows Gohring and his compatriots were asked by security personnel, who look like they worked for the university, to stop protesting with their flags and signs.  But after leaving the area, the security people can be seen following them into the parking lot which is where Gohring was assaulted — unprovoked.

In the background, you will hear another Trump supporter yelling to stop – and Sanders supporters outside the Jane P. Batten Student Center cheering!

A female Sanders supporter pulled the Trump flag out of Gohring’s hands prior to the police incident, one of the Trump supporters told me tonight.

It is unclear if the Sanders campaign asked police to disperse the protesters or whether the university did this on their own volition.  Gohring plans to discuss the matter with an attorney. There were a number of Trump supporters inside the rally. I saw no protest signs but a few were booed.

Reporters for WAVY TV, MSNBC, the Virginian Pilot and Washington Post have the video, but as of Sunday night, I have seen no mainstream media coverage.