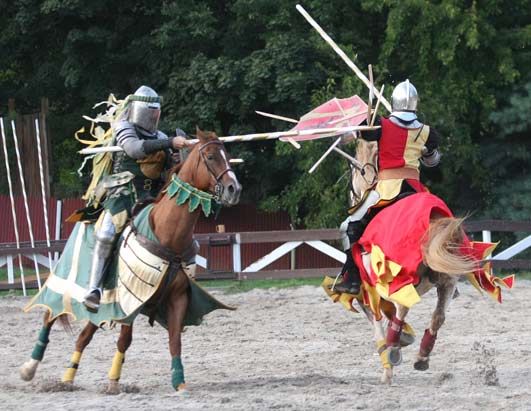 Update on the Compact

Last week I described the relationship between the Constitution and what I call the Compact. The latter term is my name for the unwritten working agreement which holds our entire self-governing system together and enables it to function. Its bottom line is that all political blocs, parties, legislative bodies, chief executives, courts and governing officials at federal, state, and local levels – and especially The People of the nation – agree to abide by all rulings handed down by the U. S. Supreme Court on laws enacted by legislative bodies. Whether the Court endorses or cancels any law or executive order, keeping the Compact means that we all follow that ruling. Essentially, our system works thus:

Many readers will probably yawn and say, ‘We know how all that works. What’s the big deal?’ And I would answer, ‘Bravo!’ It’s essential that citizens understand the system. But as I showed last week, real damage to the country can result if key governing elements don’t obey a Supreme Court ruling. In that article1 I discussed particular rulings which might tempt the Biden administration to break the Compact, and I predicted how such a development would undermine our governmental system.

When I wrote that article, a new controversial ruling from the Court had not yet come down. But now it has. On September 1st the U.S. Supreme Court refused to block a Texas law that prohibits aborting a fetus whose heartbeat has been detected. Critics say it amounts to a ban on abortions after six weeks of pregnancy. The vote was 5-4, with three Trump-appointed justices joining two other conservative justices in the majority opinion. Chief Justice John Roberts and the court’s three liberal justices dissented.

The Court’s unsigned opinion stated that the abortion providers who had sued to strike down the new law did not properly address “complex and novel antecedent procedural questions” in their case. The SCOTUS decision left open the option for abortion providers to challenge the Texas law in other ways in the future, so the law will likely come before the Court again, although certainly not for some months. Meanwhile, the Texas law remains in force.

Abortion champions – including the president and most Democrats – are naturally outraged that the Court has interfered with their party’s signature issue. Mr. Biden immediately denounced the Court’s ruling in a statement on September 2nd:

“The Supreme Court’s ruling is an unprecedented assault on a woman’s constitutional rights under Roe v. Wade, which has been the law of the land for almost 50 years. By allowing a law to go into effect that empowers private citizens in Texas to sue health care providers, family members supporting a woman exercising her right to choose after six weeks, or even a friend who drives her to a hospital or clinic, it unleashes unconstitutional chaos and empowers self-anointed enforcers to have devastating impacts.”

Other leading Democrats also decried the ruling, vowing to fight it “until the last dog dies” (as one overwrought activist indelicately put it). But amidst all the fist-shaking and fighting words reported by left-leaning media, only a few conservative media organs noted the fact that the Court had, for the first time in two generations, come down on the side of protecting the life of what is clearly a living child.

This is a cause for celebration among people who value human life at every stage of development. But it is also a red flag signaling danger to our Republic, because it presents an overwhelming temptation for Democrats to break the Compact by ignoring the Court’s ruling. If some Texans demand later-term abortions, and abortionists get away with providing them, they will establish a new model for other states. They will also cement Democrats’ decades-long claim that court-rulings can go only one way on abortion.

For a long time, Democrats have considered the Supreme Court their political ally. A Court stocked with liberal-leaning Justices – many actually appointed by Republican presidents – issued a long string of rulings cheered by progressive Democrats. Often the decisions engineered societal changes which could never have gained Congressional support.

But those “happy days” of liberal Courts issuing progressive rulings are no more. Things were still moving in that direction until Donald Trump kicked over the game-table and appointed three conservative justices in his four-year term. Knowing what this portended, Democrats fought Mr. Trump’s nominees tooth and nail, but they were confirmed anyway.

Consequently, besides Democrats’ possible stomping of the Compact over the Texas law, they will almost certainly go ahead with their original plans to “pack” the Supreme Court by increasing its membership to at least thirteen. This would give Mr. Biden the opportunity to appoint four new justices and achieve a solid 7-6 liberal majority on the Court.

Doing this would craft a new model for any political party which gains simultaneous control of both the Congress and the presidency. After Democrats increase the size of the Court this time, what would stop Republicans from doing the same, once they’re in control again? Worse yet, what would prevent court-packing from becoming a regular legislative activity? What’s the limit? Where would it end? Our only hope is that there are enough responsible Democrats in Congress who understand the mess this would create, and are willing to oppose their own party-leadership and stop it from happening.

Of course, Democrats rely on the fact that Republicans simply don’t do these kinds of things. By long custom, Republicans are always the polite, orderly, non-confrontational party. They’re the responsible guys who act as “tax collectors for the welfare state,” who call everyone “the honorable member,” and who don’t rock the boat. They would never try to pack the Court with more conservative justices. After all, isn’t there a limit on how big the Court should be? Surely, 13 justices should be the max. Right?

But I wouldn’t count on that arithmetic or that image of mild-mannered “country club” Republicans carrying through to the present day. During the 1960s Bob Dylan sang, “The times are a-changing,” and that is truer than ever today. All over the country younger Republicans, who realize that the rules of the game have been ditched, are picking up the flag and marching toward the sound of the guns to try to repair the damage that has been done, and reclaim the country. I doubt if they’ll be playing by the Marquis of Queensbury rules. In days ahead, a lot of Democrats will be crying “foul,” but no one will be listening. And there won’t be a referee to be found anywhere.

Update on the Compact was last modified: September 8th, 2021 by Woody Zimmerman

Personal attacks are the weapon of the unarmed. Are you the kind of “man” who supports killing babies? You pseudo males make real men sick. Real men care for the children they helped create. Pseudo males want the child murdered. See, if she kills the kid the pseudo male is off the hooks for child support, raising and nurturing the new human. Begone foul troll back the demon that spawned you.

I have to be humble here. I engaged in a personal attack after denouncing him for attacking the author. I get angry at the murder of innocents and let my passion over rule my common sense.

I have never ever heard a mom-to-be call the life growing in her womb anything but a baby, certainly not the ugly-sounding clinical term, fetus. Ultra-sound pictures of a baby in the womb, I’ve been told, convince today’s girls that indeed they are seeing a human baby, possibly a future sibling, and not a bunch of cells. I hope that revelation is true.
I challenge “women’s right to choose abortion.” They do have a right–to choose protection. Women seem to have abandoned their responsibility to take this first step to avoid having to make that lethal “choice” later.
I thought the ruling was about standing and its lack there of. I’m certain it will raise a lot of money for women’s “right to choose” to kill an innocent life.
I thought this court case was about lacking standing.