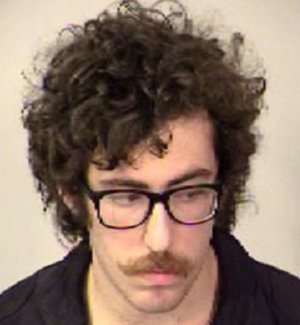 Tyler Martin, a 21-year-old man from Richmond, was among four friends arrested today by the Spotsylvania County Sheriff’s Office as part of an operation to nab pedophiles seeking underage victims.[read_more] 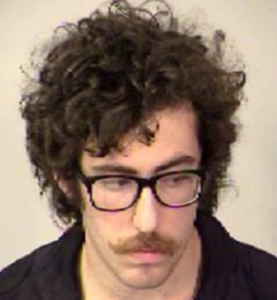 According to a source connected to the Virginia Senate Republican Caucus, Martin had been the Democratic Party’s tracker for Republican Senators during this year’s legislative session, assigned to follow and video record them at every opportunity.

Back in 2007, the former President of the Va ACLU was charged with possession of child pornography. Both men are scumbags.

Speaking of pedophilia, some of us have painful memories of the “projection” done by left-wing bloggers a few years back. Of course, this concerned young boys, not girls. Maybe they all have a mutual admiration society?

What about the personal relationship with a registered lobbyist that Senate majority leader Norment apparently admits to? Is that righteous?

Who is stopping the investigation?

Is this thread just to get the heat off Norment?

I’m comfortable profiling the guy just based on his ‘stache and hair. I also do not feel as magnanimous as Steve when it comes to apologizing about peoples’ uptight sense of humor.

[…] Albertson over at The Bull Elephant ran with the story citing a source connected to the Virginia Senate Republican Caucus, and stating that Mr. Tyler […]

For those who think its not so bad (or only “a little scummy”) for a 21-year-old to be angling for sex with a minor, consider this: our source reports that the “girl” in question was believed by the perpetrators to be just twelve years old. Twelve. Pre-teen. Post has been updated.

Republican leadership? Come on Steve, leaders**t, or leadership? With a registered lobbyist? Was this a trade? Just because no laws were broken means nothing. Ethical? Leadership?

You expect me to vote for this, and also one of the trifecta’s of the largest tax increase in Virginia history? The Safari Senator?

What on earth are you talking about?

What? That is exactly why we need an investigation.

Does Tommy Norment admit to a “personal relationship” with a registered lobbyist that he met at the Virginia General Assembly, in a State Bar letter? (See link above.)

“Lobbying (also lobby) is the act of attempting to influence decisions made by officials in the government, most often legislators or members of regulatory agencies.”

Was Tommy Norment having sex with a registered lobbyist, while at the same time that said lobbyist was conducting business at the Virginia General Assembly?

Release the inappropriate communications that Norment has apparently admitted to with the two women.

Or, are you speaking of the role that Senate majority leader Norment played in HB 2313, the largest tax increase in the history of Virginia?

Or, are you speaking about the thousands in corporate money spent to finance the Norment big game safaris?

That is “what”. Clean up your own house first! Release the inappropriate info, and let the voters decide.

Norment has brought this on his own self.

Words escape me although if true what Norment did was wrong, but if he had sex it was with a woman you know someone above the age of consent . But Martin wanted to have sex with a child but then again liberals don’t see any problem with that . Just give them the morning after pill or an abortion if needed .

Sandy, I know lots of liberals. sex with children is illegal. they don’t seek to change that. Your statement is so broad but still inflammatory. & conservatives use the morning after pill & have abortions, too

An apology? Four guys hunting down one underage girl? No wonder progressive college girls are worried about rape culture. Progressive men – not so much.

I fail to see why this person is owed an apology!

I think you’re selling him short. Give him time, my man! He’s just getting warmed up.

And BTW, it’s more than “a little scummy” to target a high school (or younger) girl and go to meet her with your three friends who range in age from 44 to 56 to get your jollies. You need to adjust your moral calibrations on that.

What morals ? Anyone who thinks it’s ok to have sex with a child has no morals . You don’t even want to know what I think should be done to these men . But if you have ever read up on American Indians they had some great punishments and I ‘d use all of them .

are you using the legal definition of “child”?

By anyone’s definition, a 12 year old is a child. period.

This case reminds me a little of Democratic Party of Virginia tracker Curt Sampson who was monitoring the Teenage Republicans of Northern Virginia Facebook page. It’s a little bizarre the DPVA thinks it’s appropriate to monitor High School students.

What do you mean by monitor? He liked the page or something more?