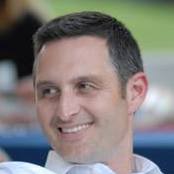 Why I am Running for RPV Chairman

A guest contribution by candidate for Republican Party of Virginia Chairman, John Whitbeck.[read_more]

The Bull Elephant is pleased to provide a discussion forum for the Virginia Republican grassroots to examine the two announced candidates to replace the retiring Republican Party of Virginia Chairman Pat Mullins. In this piece, 10th District GOP Chairman John Whitbeck discusses his vision for the Party. A corresponding piece from Eric Herr may be found here.

What a great time to be a Republican! After two tough election cycles in 2012 and 2013, our Party showed last Tuesday that no incumbent Democrat is invincible. We also showed that when we are united, we can do things the experts and the pundits never thought possible.

Make no mistake about it though, we have problems in the Republican Party of Virginia that need fixing. Our fundraising is well below a sustainable level, progressives continue to beat us with technology and the infighting that we have seen the past few years is holding us back. Grassroots leaders need to emerge to fix these problems before it is too late. The next two election cycles are critical to our Party’s long-term success and we should accept nothing less than total victory. That is why I am running for Chairman of the Republican Party of Virginia. 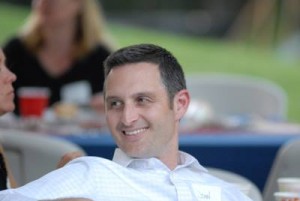 As Chairman I will rebuild our fundraising apparatus into an independent force in Virginia politics. In Virginia we know a little something about business, and its time to start running the RPV like a business. We have to give donors a reason to “invest” in the business of winning elections for conservative candidates or we will never realize our full potential. That is why I have organized a Grassroots Strategy Meeting in Loudoun County on November 15. We have brought together Party leaders, grassroots activists, Tea Party leaders, Libertarians and social conservatives to formulate a strategic plan for the future of the RPV. It is my intent to take this Plan to donors to actually give them a reason to invest in our Party. When donors see that RPV actually has a concrete Plan to win, they will once again support us financially.

We have already done the above in the 10th District. When I took over as Chairman, we formed a Budget and Finance Committee tasked with managing our fiscal health and assisting the Chairman in fundraising. The results have been very beneficial for our candidates. For example, at the beginning of the cycle the Democrats had 25 full-time people on the ground and we had less than 10. We were not going to let that stand so we were able to raise the money to put several of our own field staff on the ground to help the Gillespie and Comstock campaigns, and I am sure the campaigns will tell you this made a difference in the overall strength of our ground game. It’s time to take this type of proactive fundraising to the state level.

One of the other things that will also help us fundraise is when we finish the work of Chairman Mullins to breach the technological divide we currently have with progressives. There is no question progressives are doing social media, online campaigning and data better than us. We are working our tails off on the ground every cycle, but they are doing it better. That has to stop now.

The RPV already has a data system up and running. Now it’s time to actually train activists on the system and deploy it statewide. It’s also time to stop our constant reliance on campaigns to generate this data for us. Campaigns and candidates are inherently temporary. They run and then they are, for all intents and purposes, gone, even if they win. When Romney, Cuccinelli and Gillespie run state-wide, the data should already be there for us to build upon and when they are not running, we should be adding to it as a Party all over the Commonwealth.

We have fixed this problem in the 10th District. We have our own database with tens of thousands of Republican voters identified by our field staff and our candidates. This data will be available to all of our 2015 candidates and they in turn will add their data to our cause. It’s time for us to do this in the RPV.

Finally, the next RPV Chairman has to bring about an end to the infighting. There is plenty of blame to go around, and I certainly am one who has been outraged by the shenanigans going on around the Commonwealth in our Party. At the end of the day though, we all want the same thing – to elect conservative Republicans at every level of government. That is the entire reason the RPV exits. We cannot and will not succeed in this goal if we continue to fight amongst ourselves.

In the 10th District we have built the relationships necessary to unite our Party. Grassroots conservatives represent us in the State Central Committee and in our local governments. Grassroots conservatives represent us in Richmond along-side business-community favorites. But most of all, we win elections in the critical swing areas of Northern Virginia. We won the 10th District for Romney, Cuccinelli and most recently for Ed Gillespie. Oh, and by the way, after getting outspent we beat the Democrat in the congressional race by more than 16 points after being told that our District was at best “lean Republican.” Sure we have our contentious primaries, but when the nominee is decided everyone comes together to help us win.

My fellow Republicans, as your Chairman I will fix our fundraising problems, I will bridge our technological divide with progressives and I will unite our Party behind our common goal of winning elections. I will give the grassroots a voice with our elected officials and I will bring the successes we have had in the 10th District to the state-level. I am excited to get to work if you will have me as your Chairman.