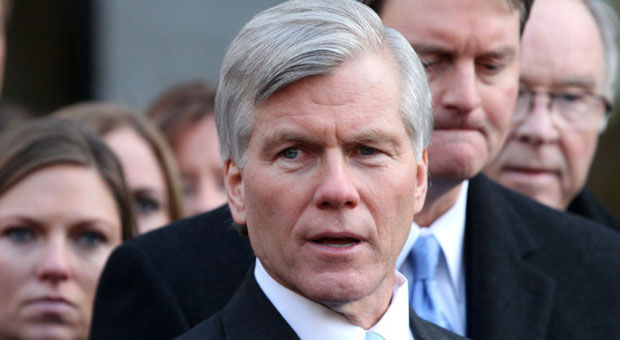 In particular, the attorneys general argued that the case federalized what should be state public corruption charges and sought to criminalize what they believe should be considered innocuous behavior.

McDonnellâ€™s actions, the brief argues, should have been dealt with by the Commonwealth of Virginia and not the federal government. â€œSensitivity to the federal-state balance in criminal law would have yielded a different outcome in the District Court,â€ the brief says.

Additionally, the attorneys general write, â€œDangling the threat of criminal liability over every lunch with a lobbyist and every meeting with an interest group would impede the proper functioning of state and local governments.â€ They add that scrutinizing every official interaction too closely would make politicians fearful of providing basic constituent services.

In January Governor McDonnell was sentenced to two years in prison. He is out awaiting his appeal hearing which will begin in May.

Meanwhile in most agencies the little guys can’t even have a pot luck hail and farewell without someone suspecting contractors are trying to pull something.

I think what Bob McDonald did was ill-advised. We don’t have expect our servents to take gifts from folks who have an interest in some governnental action. That said, it was a matter that should have been adjudicated in the Commonwealth. And, the sentence was unduly harsh.

Every major corporation I ever worked in or consulted for over thirty years had in place a well documented set of corporate policies regarding the giving and acceptance of gifts and gratuities as part of their standard personnel policies. EVERY ONE. They conducted major financial transactions daily on a national and international basis with a wide rage of clients and buyers interacting. Billions of dollars changed hands under the guidance of these stated policies. Only in the public sector do you ever hear the outright nonsense that somehow these very common policies would constrain the operations of conducting government business. The excuse is a contrived and a poorly maintained facade to often self justify the lack of transparency that is needed to nurture the cronyism of many political environments. These individuals should be ashamed to attach their names to this brief as most have been in the private sector and know better.