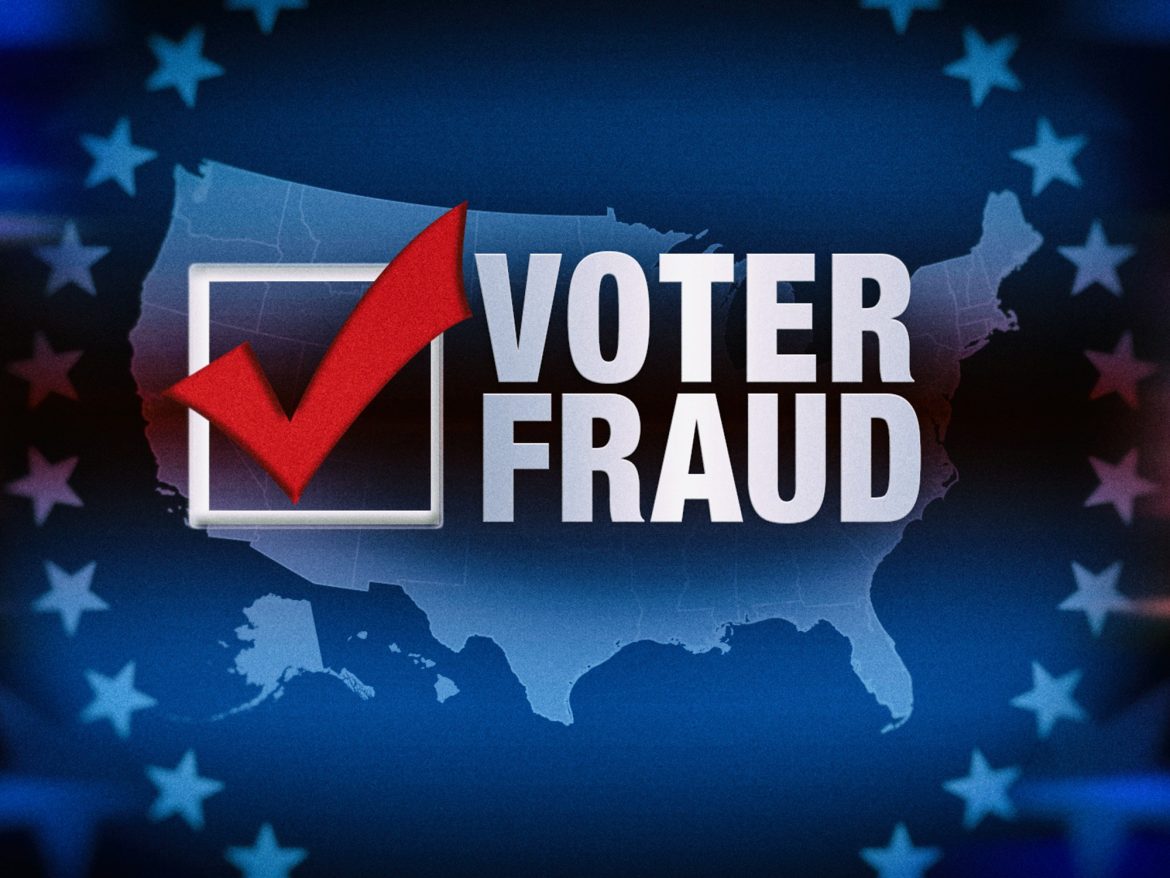 A Fair and Honest Election

Whether you believe there was ballot fraud in the November 2020 election or that there wasnâ€™t, Virginia Republicans have and continue to mount a massive effort to make sure that the November 2021 election is fair and honest. This is a goal that every Virginian should support.

Almost from the moment Glenn Youngkin won the Republican nomination for Governor in May 2021, his team has taken a dual track approach to their campaign. One track has been standard campaign operations for getting voters to the polls to vote for Youngkin. The other track has been to make sure that only legal, registered voters cast ballots in this election. Their philosophy has been that every Virginian is entitled to one full vote â€“ not one watered down by votes from those who should not be voting, such as non-citizens and dead people.

The vast majority of election officials â€“ the people who get up at zero-dark-thirty on election day and put in 16-to-18-hour days to staff our polling places â€“ should most appreciate the efforts of the Youngkin team to verify the honesty and integrity of their work. With thousands of â€œauthorized party representativesâ€ all over the Commonwealth watching the proceedings, as the law allows, the honest, hardworking, and dedicated election officials will have witnesses to the fact that they have done their jobs well and are worthy of the appreciation of their fellow citizens.

Then there are a few election officials who may end up in court. The Republican Party of Virginia (RPV) recently filed a lawsuit against one Virginia registrar for failure to comply with the clear directives of Virginia election law. Any blatant disregard for election law is a blot on election integrity in Virginia. That type of behavior is the kind of thing that every Virginian should condemn.

Authorized party representatives are not paid staffers. They are volunteers who believe in America and the American electoral process. They are willing to give up hours of their time during early voting, on election day itself, and during the tally processes that occur after election day to ensure that the electoral process is run fairly and legally. They take hours away from their jobs, their families, and their normal everyday lives to help protect and secure the integrity of the balloting process.

The Youngkin campaign and the RPV have provided a massive amount of training for several thousand authorized representatives who will be observing election operations around the state. They also have a fully staffed information hotline that representatives can call if there are questions that the chief election officer at the polling location they are observing is unable or unwilling to answer or if the answer does not sound correct. Democrats generally take a similar approach.

The Republicansâ€™ corps of authorized representatives have been trained to act in a professional, competent manner. Their goal is to allow everyone who can legally vote to vote if they want to and to keep bogus ballots from being cast and counted. That should be the goal of every Virginian, of every American. Unfortunately, it is not. If it were, there would be no need to recruit, train, and deploy such a large cadre of volunteers to help make it so.

Again, these efforts are not to prevent anyone with a legal right to vote from voting. In fact, the other track of the Youngkin campaign, as well as those of Lieutenant Governor candidate Winsome Sears and Attorney General candidate Jason Miyares, is to get more people out to vote. All they ask is that they are legal voters.

The leadership of Virginia should be decided by the voters of Virginia, not by unscrupulous political operatives and election officials who skew the vote with faulty procedures or actual deceit. That is why so many thousands of Virginians â€“ of both parties â€“ have volunteered their time to witness the honest efforts of the vast majority of election officials, but also to catch any improper actions of a few. We should all applaud our election officials for making elections possible and also applaud the authorized representatives who are working to help ensure the accuracy and honesty of the election process.

There are multiple videos of ballots being run multiple times, there are audits everywhere showing how mail in ballots were never mailed out. There was a massively organized election fraud and yet not a single person has been arrested, until someone goes to jail for this crap it will continue!

They will continue to cheat as long as they control the justice system!

My concern is that places like Fairfax and Loudon county will try to pull the same dirty tricks we saw last year when the Republican poll watcher were forcibly ejected from the polling places. When they complained, the police did nothing. I still expect that the fraudulent ballots will be delivered in the early morning hours and fed through the machines until McAwfull has enough votes to not only “win” but claim a “mandate” to continue the final destruction of the rights of Virginians.

The Republicans needs to be prepared to be very aggressive and not to comply if they are told to leave. Make them throw you out and record the whole darn thing.

As I mentioned to our friend John below.. the Fairfax stunt to eliminate the witness requirement for absentee ballots… That stinks of barnyard droppings. They did that as the election seemed to grow closer. The Democrats internal polling must have been sending off red alerts. TerryMcRatClintonTurd is not a particularly compelling candidate. Much like his mistress, Hillary. She had her basket of deplorables and Terry Had his parents should mind their own $%ing business and not bother the indoctrination centers… err… schools…

The kitties in the GOP actually realized that their phony baloney jobs are at stake… really did those guys really care to defend Trump? Mitten’s Romney’s niece? But they know the game that Democrats can play in machine areas. Watch out for Richmond and Hampton… then you have Fairfax. Yeah Youngkin will win all night… then on Friday after the election here comes TerryRatturd… The Red counties will have their vote counted by 10 PM… and there’s the total you need to beat!!!! So come Friday and we get all those harvest ballots in… never mind the postmark because YOU KNOW COVD!!!! ‘ There’s your next scumbag… I mean governor… Terry Ratturd..

” The Red counties will have their vote counted by 10 PMâ€¦ and thereâ€™s the total you need to beat!!!! ” That is my biggest concern. I’d like to see a change in election laws where all the ballots are counted and then reported simultaneously, which should be Tuesday night.

Right now Durham is pushing his investigation of Clinton dirty tricks against Trump in the 16 election. Many of the Demo trolls who come here and Lincoln Party ‘schmucks of whom you get some AND Bearing Grift is now completely composed of think Russia stoll the election for Trump. Trump a political novice who never had the kind of deep party organization to even dream of that being possible.
So… Democrats believed that Russia stole the election in their flight of fancy… and now they get all enraged when you suggest that their party machinery with the help of big tech… doing the analytics to figure out where you need to do things like harvest ballots… possibly did their machine party magic and stuffed enough ballots in the box in places like Philly… Milwaukee… Fulton Co GA… Detroit. All Democrat machine areas. They’ll get out 106 percent of the vote!!

Oh… and they’ll get their big tech cronies to censor you if you say that the election in 20 was filled with the possibility for fraud… tons of mail in ballots.. issue of voter identifiticaition… box systems with one person delivering multiple ballots according to cell phone tracking..

And then if you want to require IDs… secure ballots with watermarks… strict laws for ballot custody… WITNESS signatures…
NOO>>> RACISM!!!!

Oh… and people have to get a vaccine passport in your world… but don’t need a secure voter ID???

Can postmarks be faked? Ballots will be counted as long as they have a Nov. 2 postmark. We may not know the winners until Friday or later.

Ok Johnny … Let me ask you then. Why has Fairfax eliminated the requirement for witnesses to sign an absentee ballot? You can stick the Covid nonsense up your ass. It is a felony to harvest ballots in Virginia. But Fairfax… where your party will harvest votes has eliminated the witness signature. Why Johnny? If you are so sure that the election isn’t going to be tainted with Democrat Machine party tricks….
Why do you need to eliminate the witness requirement in the shithole where you are going to push the margins to victory…
Covid my ass… go look at the big box stores in Fairfax… Costco is wall to wall people. You can get one damn person to sign your $%ing ballot and not risk covid…

Oh good Gos, is his standard reply when he can’r debate any issue. It’s always best to ignore him.

Yeah… I know. I get some douchebag attacking me for sending mean tweets or replies to Johnny… but it’s just fun. I guess though John has to read the article at least. Maybe something will stick. But like several of his cohorts, nothing seems to get inside their stone heads. Or they are just here to sh.tpost. And stir you up. Whatever… Maybe we should reply Let’s Go Brandon to everything he posts.