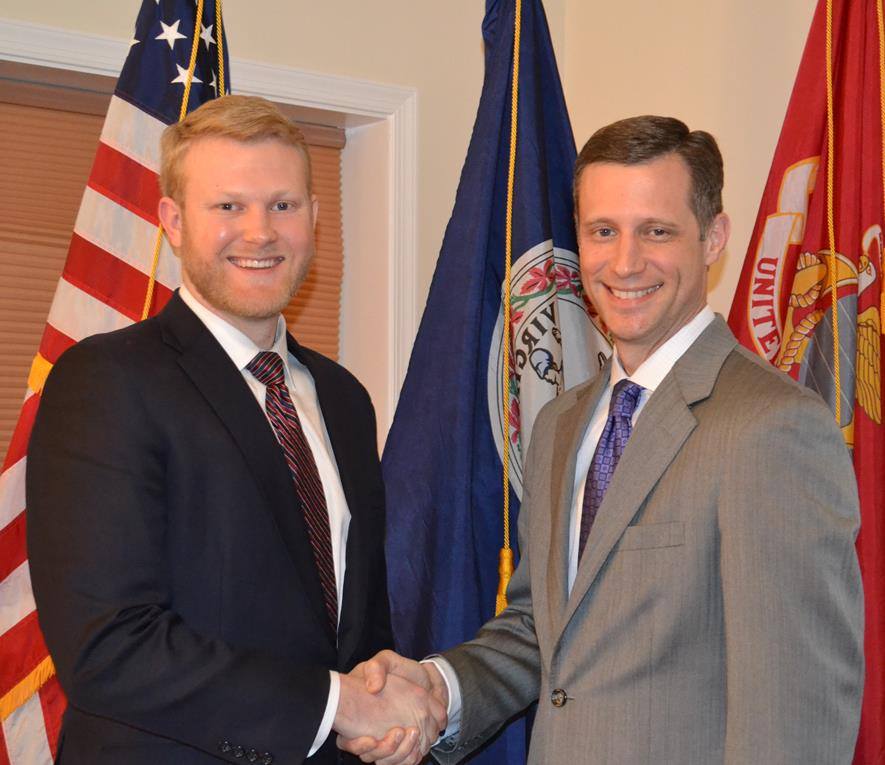 In a move that exemplifies strength, Loudoun GOP leaders praise Ron Meyer’s party unifying decision.   In and exclusive to TBE, Ron Meyer just announced that he will no longer seek the 33rd District Senate nomination, instead will run for the Broad Run seat on the Loudoun County Board of Supervisors.  [read_more] 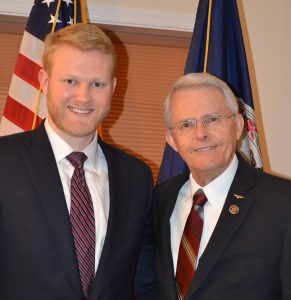 “I applaud Ron for making this decision,” said Senator Dick Black from the neighboring 13th District. “He has a strong campaign and I think Ron Meyer will bring a common sense, fiscal and entrepreneurial spirit to the Board of Supervisors. The current Board has put the majority of their focus on making Loudoun a business-friendly county and Ron will bring a fresh perspective to what they have already accomplished.”

After being approached by numerous party leaders, Meyer considered the switch to help the party present a unified ticket by nominating two strong conservative leaders who will focus on the region’s economic needs.

“Beyond just helping our local party win, I am excited to have a real impact on local issues. I spoke with an elderly woman in Sterling who can no longer afford to live in her home because of high property taxes, I talked with a young professional in Ashburn who couldn’t find full time work, and I heard from nearly everyone about the high tolls and worsening traffic,” Ron Meyer said.

“My priorities on the Board will be to continue the successful pro-business growth policies of the current leaders, to create more alternatives to the Greenway, to lower property taxes for those who are retired, and to attract more tech businesses by helping build a tech-focused George Mason campus here in Loudoun,” Meyer continued.

“I believe Ron has the energy and skill set to be a responsive and decisive problem solver which we need in an extremely active Broad Run district.”

“I am confident he will be a great asset to our team with our continued vision of providing more transportation options, building and maintaining world-class schools, stimulating economic development and the commercial tax base, not overdeveloping residential and keeping taxes affordable for all Loudoun residents.  I look forward to working with him and adding to a great team on the Loudoun County Board of Supervisors.”

The move avoids a potentially costly primary battle between Ron Meyer and Stephen Hollingshead.  Sources say Meyer and Hollingshead were approached by party leaders to sit down and find a way to strengthen the Republican ticket, did so, and will wholeheartedly support each other moving forward. 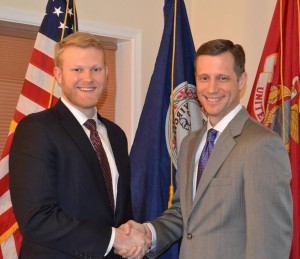 “It is apparent that the two candidates have a great deal of respect for one another,” Republican Party of Virginia (RPV) Chairman John Whitbeck said.

“I am pleased with the way this has worked out, and I am excited about our prospects in Loudoun County,” Whitbeck stated, adding, “This is a model of party unity Republicans need to see around the state.”

Ron Meyer and Stephen Hollingshead are models of what two candidates can do when they communicate and work together for a common goal and place the good of the people and party before themselves.

Nominees for the Loudoun County Board of Supervisors, as well as Constitutional Officers, will be decided at the upcoming convention on May 2nd.

Shawn Williams gets the thumbs down.

Two fine gentleman who will make us proud! Thank you!

Great for County citizens and the Party. Onward to November!

Ron Meyer has a bright future in the GOP. Well done, Ron!

Wow, it is rare that you see this sort of civility in politics. Glad to see there are still gentlemen in Loudoun County. Great job!

Leave a Reply to No to Williams Cancel Reply