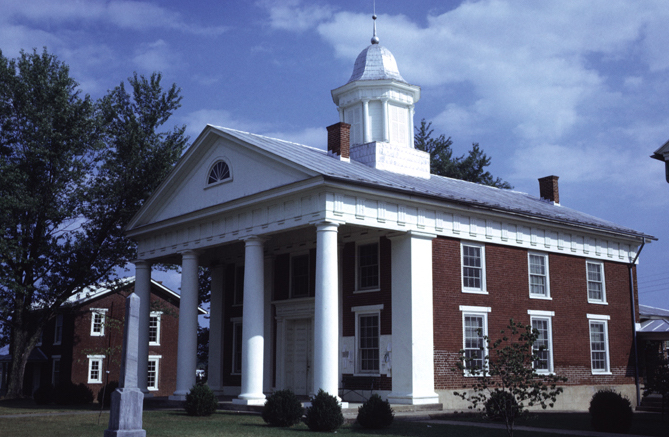 In tiny Greene County, Virginia, two candidates will face each other in November for the office of Commonwealthâ€™s Attorney. Truly disturbing Facebook posts by the incumbent, recently discovered, should give every voter pause.

As is well known, victims of child sex crimes are traumatized by their experiences. They are hurt, embarrassed, and often require years of psychological counseling in order to resume their daily lives. When law enforcement investigates child sex crimes, they often have to take photographs or order invasive medical procedures to â€œproveâ€ the crime occurred, which can further traumatize the victim, even if done for the very good reason of ensuring a successful prosecution. To protect their children, sensitive photographs and court hearings can be sealed, so that the public never has access to photographs and other evidence of these horrible crimes.

Prosecutors do have access to photographic evidence, and they use it not only to prove guilt in court, but also to train law enforcement and other prosecutors how to recognize the signs of sexual abuse. These training sessions are conducted behind closed doors to protect the privacy of the victims of these horrific crimes.

In Greene County, however, the local prosecutor went public after one training session (which training he took in his former job as a defense attorney for indigent individuals). The incumbent not only went public with what he saw, but even derided the victims, saying he had â€œseen enough hymensâ€ for one day: 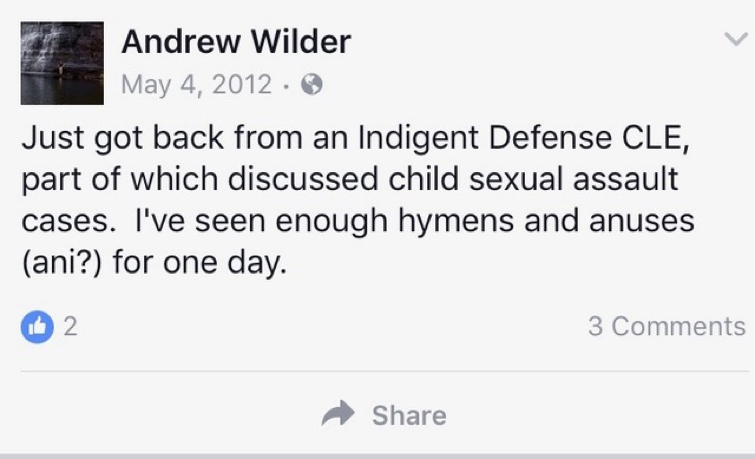 Imagine for a moment that you were a victim of a horrific sexual crime. After the trauma of the crime itself, you endured the additional trauma of going to the police, having photographs taken, and undergoing medical procedures. You then had to face your accuser in court. How would you feel to know that your local prosecutor went to a training session later, broadcast photographs of the crime to one another, and mocked the appearance of your most private body parts?

Our children are not a punchline. They deserve to be treated with dignity, respect, and protecting care. In Greene County, they received far less than they deserved.

Sadly, mocking our children isnâ€™t the only area in which the incumbent prosecutor fell short. He also mocked his own clients in his former job. 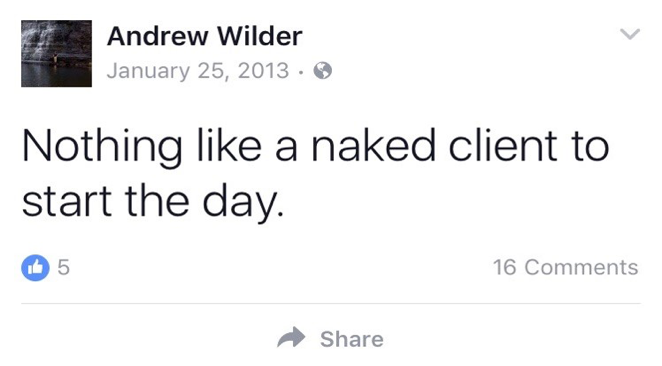 When Mr. Wilder was assigned to represent a mentally challenged patient who was in a hospital without clothing on, Mr. Wilder chose to laugh at his clientsâ€™ expense in later Facebook posts.

Not only is making fun of mentally ill individuals in poor taste, it seems likely that it could have violated the ethical rules he agreed to follow when he was admitted to the Virginia Bar. Rule 1.6 of the Rules of Professional Conduct that bind lawyers in Virginia states that a lawyer shall not “reveal information …Â  the disclosure of which would be embarrassing or would be likely to be detrimental to the client unless the client consents.â€

Did Mr. Wilder obtain the consent of his mentally ill client before going on Facebook and joking about the encounter? If not, the voters will get to judge him in November, but a complaint to the bar also seems to be in order.

Has Andrew Wilder made a response to this yet?

How did this man become a Commonwealth Attorney? He’s disgusting.

Unfortunately, we the voters elect them.