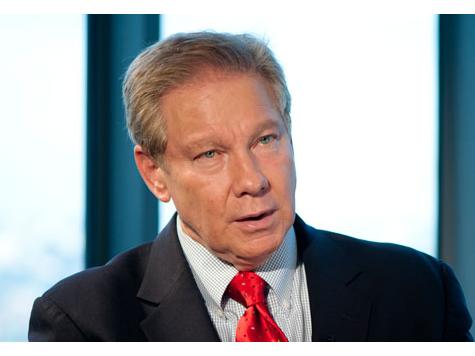 The former Congressman brings entry for Kasich into the Northern Virginia business community, where Davis has maintained strong ties since his retirement from Congress at the end of his last term in January 2009.  He is known for a pragmatic approach to politics, and has long engaged in the praiseworthy effort to help the Republican Party effectively engage with increasingly important ethnic voting blocs in Northern Virginia.   (We hope he’s pleased by the progress that’s been made on that score recently).

Picking Davis to lead one’s presidential effort, though, is a bit of a head-scratcher.  While he certainly has a strong base of support in certain quarters of Northern Virginia, Davis nonetheless remains unpopular with much of the party’s broader mainstream conservative base.

So, like I said, a curious choice in a primary in a state where the candidate already has some issues with conservatives.  But, I know some very good Republicans backing Governor Kasich, and he does bring substantial gravity to a campaign that at times that more closely resembles a goat rodeo than a serious effort to choose the next president of the United States.  We wish him luck!

[…] before we leave the Governor Kasich issue, let’s note who endorsed the Ohio governor for President in 2016:  Delegate Chris Peace (emphasis […]

TD’s political skills are vastly overrated … the Northern Virginia that consistently elected him is not the same one that exists today and it was much more solidly Republican. He just got out before he ever lost so nobody ever thought anything of it. He lasted a little longer based on his incumbency but in 2006 he only beat Andy Hurst by five or six points. He saw where the area was going so he got out.

I agree with you on the shifting political dynamics and also agree with you on his political skills, for example if you look at Main Street Partnership during and after his tenure very little has actually been accomplished and I never heard on the street that he leveraged any major contracts at Delotte’s Federal Systems Division to justify his 7-figure salary. He is a successful inhabitant of the beltway consultancy racket where the major skills required are to collect the cash upfront and to stay at least one step ahead of your last unfulfilled commitment or outright disaster. That does take some unique abilities.

LOL it certainly does.

All we need is another progressive Republican in the White House. There is no way the conservatives would vote this establishment politician. If he becomes the candidate I will vote third party or will cross over in my vote. I have done it before. The establihisment is a bigger problem than the Democrats.
Today, our biggest problem is immigration. The boarder to come first, then removing all illegals from where ever. Anyone hiring the illegals should be fined first then future infractions should be dealt by increase penalties. In that event there would be a flood of illegals heading back from where they came. Also, Mexico recieves millions of dollars from the tax payers. This policy should cease immediately. Mexico will come to the table and assist in solving the problem if that occurs.
David Jackson

With an open primary having moderates that can pull the blue dogs is a smart move. Democrats bench is shallow, Webb is the only moderate on their side.

This is like Round 6 of the NFL Draft. There’s very little talent left on the draft board.

Chris Peace on this Kasich leadership list with these other moderates was strange to me. It also seems weird to get behind someone with no traction in the polls, who supported Obamacare medicaid expansion. Maybe everyone knows something I don’t about that race.

Did Chris Peace flip Va.Right the “finger” with this move?

Hanger is the more incendiary pick in my book. Mr. “in-state tuition for illegal aliens” is co-chair of this campaign? Might as well have JMDD handing out petitions at gun shows.

Virginia is for Swingers.

Swinging in the breeze by November 2016 probably.

This frog has had it’s one (and likely only) mini jump in the polls and it’s ALL downhill hill from here. The RNC and establishment money bundlers have selected their Jeb backup plan and it’s not Kasich but Marco Rubio. This should be light lifting for Mr. Davis, as Kasich will be back in Ohio again agitating the local Republican districts by the time the Virginia primary rolls around.

Which begs the question, why is Davis doing this? What’s his ultimate goal?

I would doubt he is doing it out of a pure commitment to public service and I would simply look to “The Main Street Partnership” which iinterestingly enough scrapped party identification from its title in 2013 and includes on it’s board two major Ohio political power players Dave Hobson and Steve LaTourette. An open and shut case of K street backscratching flavored with a dash of influence bartering and a side dish of cash if I were to bet.

Kasich is the only Moderate left in the race that doesn’t have a VA team and Tommy Boy needs some publicity. His PAC is not going to make any money if people forget his name and think he no longer has any pull.

Kasich is a nice guy but this wasn’t very smart.

If ¡Jeb! can pick Cantor, then Kasich can pick TD et al. Kinda makes it clear what kind of war they are waging. But fret not, there are more than enough GOPERINOs to go around for the other candidates… unfortunately.