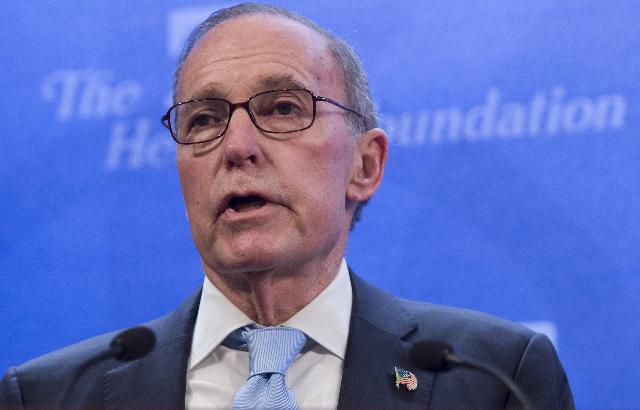 Lawrence Kudlow,Â conservative economist and former host of CNBC’s The Kudlow Report, has changed his mind.Â  Once a strong proponent of amnesty who said that “immigrants will replenish the labor force” that was decimated by Obama’s policies, Kudlow has now done a complete reversal of his position and has called for a freeze on ALL immigration.Â  Here is his latest comments from National Review:

Read the entire article for yourself here.Â  It’s worth it.

Kudlow did not join Donald Trump in calling for a ban of all Muslims entering the country.Â Â  Instead, he called for a complete and total freeze of all new immigrants, refugees, and visas until we come up withÂ a real solution for securing our borders and adopting a serious and effective screening process.Â  On the prospect ofÂ this positionÂ offending some people, Kudlow had this to say:

But I say seal the borders. People hoping to relocate to the U.S. from Syria, Iraq, and anywhere in the Middle East, and people coming here from France, England, Sweden, and wherever will be upset, at least for a while. There may be some unfairness to this. But I donâ€™t care. Wars breed unfairness, just as they breed collateral damage.

This is a big deal.Â  This is a prominent fiscal conservative that has been a strong supporter of so-called “immigration reform,” who has come to the realization that we cannot keep going like this.Â  Dare we hope that other pro-amnesty supporters will see the light?