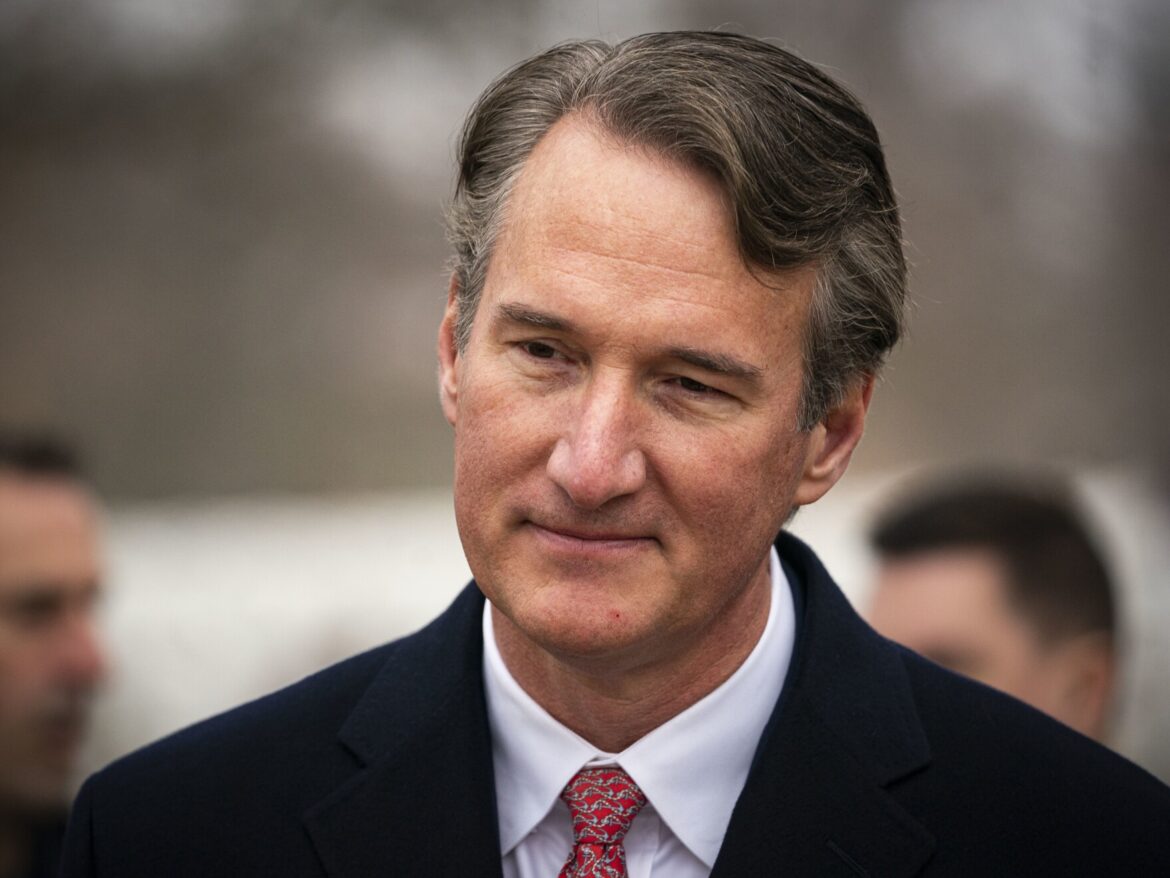 Virginians are still trying to decipher the intentions of Glenn Youngkin in traveling to so many Republican campaign events around the country. The Governor has been in office about eight months. He’s barely gotten started in undoing the damage of his predecessor’s four-year term. He couldn’t really be thinking about running for president, could he?

There doesn’t seem to be much question in the minds of the national media that he is. Donald Trump remains the odds-on favorite to win the Republican nomination should he desire it even though the metaphorical walls have been “closing in” on him for six years now. If Democrats finally succeed in taking out the former president, then Florida Governor Ron DeSantis seems the most viable alternative. Yet Youngkin’s name is frequently invoked as a possible presidential candidate.

Most of Bouie’s lengthy column is a tiresome rendition of the narrative that the Republican Party and the MAGA movements are extensions of Dixiecrats and segregationists. (New York Times columnists have zero clue about what makes Republicans tick.) But he does cite actual evidence, which has gotten little play here in the Old Dominion, that Youngkin does, in fact, have national political ambitions.

Within months of taking office, Youngkin had already established two political organizations, Spirit of Virginia and America’s Spirit, meant to raise his profile in national Republican politics with donations and assistance to candidates both in his home state and across the country. In July, he met privately with major conservative donors in New York City, underlining the sense that his ambitions run larger than his term in Richmond.

Youngkin, a former private equity executive, is on a tour of the country, speaking and raising money for Republican candidates in key presidential swing states. And as he crisscrosses the United States in support of the Republican Party, Youngkin is neither avoiding Donald Trump nor scorning his acolytes; he’s embracing them.

Whether Youngkin agrees with any of this himself is an open question. In the 2021 Virginia Republican primary, he flirted with election denialism but never fully committed. What matters, for our purposes, is that Youngkin believes he needs to cater to and actually support election questioners and deniers to have a shot at leading the Republican Party.

Setting aside his uncharitable interpretation of Youngkin’s views on election integrity, Bouie does make a valid point about his political ambitions.

I support most of Youngkin’s agenda for Virginia, but I am distressed to see his attention wander so far afield. He has yet to demonstrate that he can help Republicans regain control of the General Assembly. He has yet to show he can push his message through a biased media. And he’s done about all he can do with executive orders and appointments to boards and commissions.

Youngkin needs to be stumping for Republican candidates here in Virginia. He needs to be raising money for conservative causes in the Old Dominion. He needs to be laying the groundwork for legislative reforms in Richmond. In sum, he needs to give it everything he’s got here at home. If his agenda falters here, he will have no credibility as a national change agent… or a presidential candidate.

Youngkin came out of nowhere because he figured if Trump can do it, so can I.

Trump convinced enough people in swing states that he was a brilliant businessman who could solve problems to win the Electoral College. After four years, voters saw through his lies and recognized him for what he is: A failure for whom everything he touches turns to shit.

Youngkin is following the same scheme:
1. Youngkin is a failure. Carlyle Group gave him $40 million to go away.
2. Youngkin recognized that if he campaigned in a red vest, claiming to be an aw-shucks-I-grew-up-sacking-groceries kind of guy, the same rubes who voted for Trump would vote for him.
3. It worked on the state level, mainly because the Dems nominated T,Mac., a bigger loser than Youngkin.
4. There are not nationwide enough dimwits to elect Youngkin. He needs to stay in Virginia, coast through his next three years, then go away.

And, usingyour logic, Biden is a genius. Ignorance can be cured. Stupidity like yours not so much.

Youngkin should LASER FOCUSED on doing everything he can administratively to undo the destructive dem agenda. Its pretty disgusting to gain office and then immediately vacate it.

His success is in getting republicans elected who would advance a conservative agenda for the state of Virginia. He has lots of time to figure out how to run for president if Virginia is solidly red.

youngkin is an ahole and there was nothing disastrous about Northam’s administration……….he left youngkin in great shape, despite republican efforts to make it otherwise

Supporting abortion, (while the woman is crowning) up to birth, and even after, despite being a physician. Check
Being an adult medical professional graduate in med school dressed in blackface, or as a member of the Ku Klux Klan. Check
Announcing at a press conference that he had dressed up as Michael Jackson, which included a little blackface. Check
Governor Klanrobe/Blackface/Coonman couldn’t have moonwalked any worse and embarrassed our state any worse. Check
Nothing to see here, no disaster. Riight

CRT in the classroom and Transgender boys in girl’s bathrooms was certainly your measure of success – against parents and families. Come to think of it, the modern socialist democrat hates good nuclear and intact families.

It is rare for a Republican governor to achieve national attention. Gov. Youngkin has rightly succeeded by his courageous stand for parents of public school children.
I recall an unkind reporter asking Senator Chuck Robb why Virginia, the early birthplace of several presidents, never created another U.S. president since. I don’t think he knew, but I’d venture to guess the short 4-year term without succession may be why–not much time to become famous, maybe infamous, but not famous.
I agree with Mr. Bacon–we need our governor home.

Trump’s not going to run. Even if he did, his numbers do not ad up. He tried to overthrow the Republic. Bye Donald.

The person who occupies the White House, no matter who, cannot save America. It’s far bigger than that.

trump is going to be in prison

Basement or prison. Seems to be winning place to run for political office or get a large contingency of voters.🤡🤡🤡🤡🤡🤡🤡🤡🤡🤡

“Youngkin needs to be stumping for Republican candidates here in Virginia.”

Absolutely. Congressional elections are 45 days away. Who has he campaigned for in-person? He should be out doing numerous massive rallies for every R candidate. Use all that $$$ he’s raising to fund rallies, bus tours, and non-stop ads all around the state. What else is the money for, Glenn?

Glenn….. pick up the phone….. its your home calling wondering if you got lost or ran away.