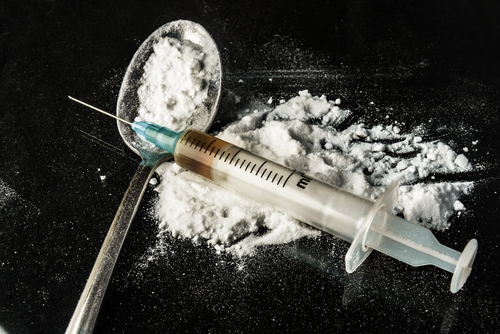 The heroin ‘epidemic’ and Loudoun County – Must Read 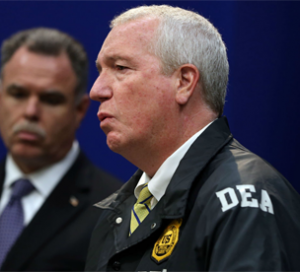 â€œThe new face in organized crime is narcotics trafficking.â€ Riley, who is third in command at the DEA and experience spanning over four decades went on to say,

â€œThis is an enemy which we have never seen, with 70 to 80% [of heroin] coming right from Mexico and very sophisticated Mexican cartels.â€

A quick education on Heroin

In addition to the effects of the drug itself, street heroin often contains toxic contaminants or additives that can clog blood vessels leading to the lungs, liver, kidneys, or brain, causing permanent damage to vital organs.

Chronic use of heroin leads to physical dependence, a state in which the body has adapted to the presence of the drug. If a dependent user reduces or stops use of the drug abruptly, he or she may experience severe symptoms of withdrawal. 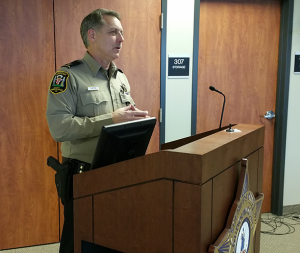 â€œLoudoun is a user hub location, the heroin comes from outside of the area, where the Loudoun County Sheriffâ€™s Office does not have jurisdiction.â€ Chapman added, â€œThat is why it is absolutely critical for us to work closely with our area counterparts to identify sources of supply and distribution networks, outside of the area, to local users.â€

Just an hour north of Loudoun is Baltimore, Maryland–a major distribution hub. In fact, Baltimore is now known as the U.S. Heroin Capital according to Carter Yangâ€™s article at ABC News. This is because Baltimore has the highest per capita heroin addiction rate in the country. In a city of 645,000, the Baltimore Department of Health estimates there are 60,000 drug addicts, with as many as 48,000 of them hooked on heroin, Yang reports. Where there is opportunity, there are cartels feeding the problem. So, Baltimore is both a distribution and a user hub.

One thing is for sure, we DO NOT want Loudoun (or surrounding jurisdictions) to become a distribution and user hub.

So, if the drugs come from elsewhere, Baltimore and New York for example, and local law enforcement does not have jurisdiction, what can be done?

This is where you hear the term â€œtask force.â€ While local busts of users or street dealers may provide a community with a sense of relief about â€œcleaning up the streets,â€ the more important focus is to obtain information on their suppliers. In practically all local cases, the area of origin of heroin is Baltimore. Washington, DC, New York and several cities in Florida also serve as distribution points for the East Coast. Regardless of how many users or low level street dealers you take off the street, the drug highway keeps flowing if distributors are not disrupted. A local bust in this arena is like a single-car traffic accidentâ€”quickly cleared and traffic simply continues–the road does not close.

Cartels and their higher level distributors count on local law enforcement to not have a comprehensive plan of attack. In fact, they count on local jurisdictions 1) not coordinating, sharing information, or becoming involved in multi-jurisdictional task forces, and 2) pacifying the public with the arrests of users and street pushers to â€œclean up the streets.â€ Unfortunately, that has only marginal impact on overall operations.

Again, because the flow of heroin will simply continue unless you stop it at the distribution points.

Riley agrees with Sheriff Chapman (a former DEA Special Agent) the on importance of incorporating community education through drug awareness seminars, a practice the Loudoun County Sheriffâ€™s Office has partnered with the DEA on over the last two years. â€œA comprehensive approach incorporating multi-jurisdictional enforcement, education and prevention is critical if we want to get a handle on this problem,â€ said Chapman. â€œWe cannot defeat an enemy we donâ€™t fully understand,â€ he added.

â€œLeveraging both state and federal judicial systems to make the largest judicial impactâ€ is also critical so these out of area distributors are put away,â€ Riley added.

These cartels are not like those of 10 or 15 years ago, as often represented on TVâ€”they are very sophisticated operations which have become savvy and opportunistic. Now, exploiting the growing trend of prescription drug abuse in the US and abroad, Riley asserted, â€œwe are just seeing the first stage of this problem.â€

Heroin has been around for some time, why is it at epidemic proportions now?

Often, heroin addiction starts with prescription drug abuse. When legitimate users of opiate based drugs go beyond the medical necessity of their use and become dependent on these drugs (such as oxycontin, hydrocodone or oxycodone), and when they can no longer obtain prescription opiates through proper means, they often resort to collateral crimes such as theft, robbery and/or stealing prescription pads and writing fake prescriptions for themselves, says Loudoun County Commonwealth’s Attorney Jim Plowman.Â Â Alternatively, they move to, seek out or are introduced to street based heroin as Riley suggests.

Monitoring prescription use by the medical community and limiting the availability of prescription drugs to curb abuse (which leads to related criminal activity and heroin use) is critical in addressing this problem.

There is also the community that was never prescribed these drugs, but able to come across them in their parents medicine cabinets or have purchased them through illegal means. This is why the Loudoun County Sheriffâ€™s Office and most other jurisdictions along with the DEA coordinate Prescription Drug Drop Off Days where they collect thousands of pounds of old prescription drugs sitting around the average home. Family members, especially kids and teens, often experiment with what is in the houseâ€”prescription drugs found in cabinets.

Consequently, it is critical that parents monitor their use and when these drugs are no longer legitimately needed, they must be disposed of. Exposure to these drugs may lead teens to addiction and later to heroin use. Monitoring prescription drugs at home is key to making sure that downward spiral never starts.

Can it get worse?

Yes. While it has been around for some time, the next generation problem is the cartels and distributors upping the ante by lacing heroin with Fentanyl, a narcotic pain reliever. This is what is suspected in Philip Seymour Hoffmanâ€™s death and known as â€œChina White.â€

Equally, the more informed user counts on a controversial situation coming into playâ€”some law enforcement agencies and other first responders are arriving at overdose 911 calls carrying a substance that reverses the effects of heroin, called Naloxone. This saves lives, but may act as a disincentive to heroin users to stop their self-destructive addiction. Knowing that Naloxone is but a 911 call away, heroin users may see first responders as their life line. Basically, rolling the dice that a tremendous high will be followed by a lifesaving dose of Naloxone may be a drug userâ€™s ultimate roller-coaster experience.

In the midst of this heroin epidemic, Director Riley stated, Loudoun County has done â€œGreat work over the last few yearsâ€”especially on the heroin issueâ€”we are proud to be associated with them.â€

More to come as the Loudoun County Sheriff’s Office, Commonwealth’s Attorney’s Office and first-responders deal with this tremendous problem.

The heroin ‘epidemic’ and Loudoun County – Must Read was last modified: August 9th, 2015 by Brian Reynolds

Often a death from an “overdose” of heroin is not from the effects of heroin only but from the effects of both heroin and alcohol together. Both depress the central nervous system. Alcohol is far from the harmless thing people pretend it is. It causes more preventable death than heroinâ€”behind only medical errors, tobacco, and obesity/overweight. Those first two are far and away the leading causes of preventable death today; but this rise in deaths from heroin is making things even worse.

In my opinion, Sheriff Chapman is lost when it comes to fighting the drug problem in the county and one does not have to look any futher than the number of undercover officers he has on the street buying drugs nightly. Effective drug enforcement is a two prong approach. The first is working with the Feds and the second is getting it off the street. Once the dope gets into the County, the chances you will get caught with it is zero in the County. Every major Northern Virginia police agency has a large group of detectives who go out every night and buy drugs, except in this County. You can speed, drive drunk and sell drugs, with almost impunity in the County for these types of arrests have fallen drastically under Chapman’s leadership. It is time for new leadership and new direction!

this is not just a law enforcement problem, this is a social issue. these people need help. throwing them in jail with virtually no hope of receiving help from the county is the only thing ive seen the county do to users for years. our residents are as important as “catching” pedro the peddler.

It’s a dangerous path to go down to task the government with solving victimless moral crimes and quality of choice problems, which rely on character, wisdom, and self-denial to conquer. Armed government agents with cuffs and cages aren’t the best prevention tools – family, church, and other moral bases and supports need to step up to the game.

Stop relying on working longer hours away from the family and skipping church to pay for more taxes to buy more armed gov’t agents equipped with higher-tech gadgetry to do your work for you in exchange for more of our liberty and Constitutional protections.

heroin addict donâ€™t think about overdosing like that..Naloxone saves lives and would save many kids lives if it was available

This article was fascinating. Thank you!