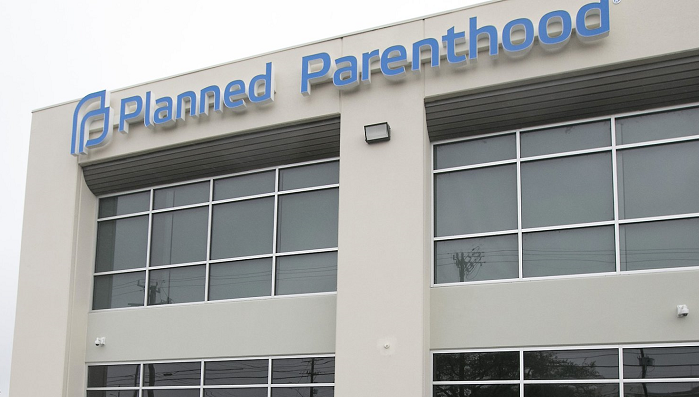 Baby Steps Toward Returning Dignity and Integrity to the Commonwealth

RICHMOND, Va. (AP) â€” A bill that would ban abortions after 20 weeks of pregnancy, with few exceptions, has been introduced to the Virginia House of Delegates.Â The Staunton News Leader reports (http://bit.ly/2hAyvOq) the bill is known as the “Pain Capable Unborn Child Protection Act,” or HB 1473, and will make its way to the House floor in January.

The law allows for an exception if the life of the mother is at risk, or if there is “serious risk of substantial and irreversible physical impairment of a major bodily function.Â Violation of the law would be considered a Class 4 felony. The bill also provides for “civil remedies” against physicians should they perform abortions in violation of the act.

I would like this to be clear, for all Republicans in elected-office. Your response to this legislation will not be ignored. If you support it, we will be here to support, praise, and raise awareness for you. If you oppose it or are silent about it, we will be here to flag you to the public as advocates for the abortion industry.

Personhood begins at conception and all abortions kill a person. This legislation is in no way legitimatizing abortions before 20 weeks. We live in a Representative and Constitutional Republic and many people believe that babies in the womb aren’t human beings. As barbarous as this opinion is, it is what they believe. Politicians will respect their constituencies if there are large minorities of people who believe that tearing human beings apart, limb from limb, is morally acceptable. We understand this. We accept reality. We also accept that there is a huge lobbying industry to support the billion dollar abortion industry in this country. We know what we’re up against.

One hundred years from now, when abortion is illegal, Americans will look back at folks in the late 20th and early 21st centuries as complicit in atrocities that rival slavery, the holocaust, and the great purge in Russia. Let us stop what few abortions we can, while we can. Let us prevent babies who will be fully conscious of their bloody demise from being killed.

Whether you believe in personhood or not, let us do what we can do; and we can do this. Encourage your representatives to support HB 1473. If you are supporting a candidate in a statewide race, encourage them to support HB 1473. Democrats believe that human beings don’t have rights until the government explicitly gives them rights. Slaves didn’t have rights until we gave some to them. Women didn’t have political rights until we gave some to them. Let’s give some rights to the unborn. Let’s save lives.

Let’s take baby steps toward returning dignity and integrity back to the Commonwealth.

Baby Steps Toward Returning Dignity and Integrity to the Commonwealth was last modified: December 19th, 2016 by Steven Brodie Tucker

Virginia Democrats promise to fight GOP line in the sand on abortion : Augusta Free Press January 5, 2017 at 10:45 am

[…] Bull ElephantÂ titled its post, â€œIf You Want to Get Elected in 2017, You’ll Support This Legislation.â€Â The Virginia Family Foundation and the Virginia Freedom Caucus are closely monitoring support […]

What I find amazing is how you clowns can preach about stopping guvmint intrusion into our lives while, at the same time, praising intrusive legislation.

https://godparent.org
I would love to see this site run continuous advertisement of this link.

The big news of the last 24 hours? Is it the terrorist attack in Germany? Assassination in Turkey? Trump?

Well here is the news, in the last 24 hours, since you last did the same thing 24 hours ago, communist China has performed 63,014 state run abortions with your money.

And, you read this news thru those made in communist China spectacles. But, Wall St., or backwards Tucker doesn’t tell you that. No, you have to rely on me to do it. Why? Because creating American billionaires is far more important than a few communist China abortions.

Darn good job keep it up!
You won’t see a Tea party site or a Tea party member speak like this no it’s all about free market free market.
A local tea party bigwig said to me a couple years back on the job what do you think about hearing not enforcing Newman’s Defense of Marriage Act I stated I haven’t never been screwed out of work buy two homosexuals giving work to illegal aliens but I sure have buy a whole lot of guys around here with a Jesus fish on their truck. He stated I hate these Chamber of Commerce blank suckers and Ed Gillespie has to go. I think today many Republicans and conservatives suffer from an identity crisis I wish they were a lot more loyal to America. American patriotism just isn’t waving the flag on the 4th of July or supporting our troops when they come home.
Maybe one day we can repatriate these Republicans.

Now, why am I bringing this up? Because apparently communist China performs 23 million state run abortions every year. Logic would seem to dictate that buying Chinese products helps finance those 23 million yearly abortions. See link for details;

Wow I did not know China bought Genworth in Lynchburg Virginia we have a Genworth facility and it never has recovered yet the stock market has could this be the reason.
Over the past 30 years I have built numerous homes for Genworth employees I haven’t built 1 for a Genworth employee probably since 07 ,wow I just can’t believe it.
Maybe someday there will be a site where consumers will be able to go and see these corporations manufacturers,investment companies ,insurance companies that are Chinese owned so we will be able to use our freedom and keep our buying power away from them just as many of us have tried to with the durable goods.

This thread is nothing but Swiss cheese, and I intend to disassemble this piece of cheese hole by hole unless I am given the union lobbyist “treatment”.

Every December, the same Republican alarm clock goes off with their now annual anti-abortion rhetoric. There is nothing Republicans will not do in Virginia to keep the focus off their and McAulliffe’s failure to bring good jobs here.

While Norment and McEachin have been on the phone with Ashley Madison, states like Mississippi are on the phone landing giant factories that produce steel, helicopters, diesel engines, Bridgestone tires, etc. Factories that bring good paying manufacturing jobs to their state.

And in Virginia? Well. Besides landing excuses, we get a couple warehouses, and the big news in Richmond is the landing of a brewery, that their taxpayers are on the hook for millions for. To be totally honest, we do get quite a few blog flunkies with word processors also.

And then, Tucker Brodie Steven, Mr. backwards himself, links an update to what can best be described as a swamp that needs to be drained. A swamp where lobbyist hacks with union checkbooks in tow, ban free speech when questioned about massive contributions by their union to Virginia campaigns. And, the BS cushy propaganda articles that follow.

How long will it be before Tucker and the swamp writers over at BD want to ban selling condoms in Virginia, and make Catholicism the official religion in the Commonwealth?

Chew on that Tucker.

Forty years ago, if Americans discovered there was a program to harvest and sell parts of babies, or to shove forceps into a woman, stab a baby in the head with scissors, and rip this human limb from limb until dead, and then discovered these were experiments conducted by Dr. Joseph Mengele in Nazi concentration camps, we all would be revolted, but would understand. Instead these practices are condoned and promoted by the low life scum in our gov’t.
Make America sane again; let it start in Richmond.

Let’s face it, abortion has become a convenient, after-the-fact form of birth control. A 20 week cutoff would eliminate 1% of that practice. I suspect that most citizens would not object to such a modest step.

Tucker your last paragraph ” let’s take baby steps I agree “. I agree because baby steps is all General Assembly is willing to take. Republicans would love to take the Great Leap and making abortion illegal Statewide then blame the Democrats when it doesn’t happen it’s all politics but in the process of doing that we can take baby steps like restoring economic prosperity in Virginia to the working class to help reduce the number of abortions .
I would expect when economic prosperity increases the number of abortions decrease start there. I know this will be a task very difficult for them . Trump is now the lead Republican let’s see if Virginia Republicans will follow suit and stop the cheaters that is what we are after with his election or will they stay the course of being the same old Republicans that caused individuals like me who support Trump.
Many referred to Trump as a clown perhaps so the future will tell if so he is just the lead clown in this Republican circus. Virginia Republicans have been given a golden opportunity in Nov. 2017 with what Mark Herring did with concealed carry don’t squander it , we already kicked out the complicit Ken cuccinelli he could make abortion clinics the standards of medical facilities but he lacked the intelligence and or integrity to prosecute licensed contractors for hiring illegal aliens as unlicensed contractors. So I can expect the same old song and dance. Why doesn’t this site faithfully promote the Godparent home program the Thomas Road Baptist Church offers pregnant woman in these desperate times. Baby steps are what they’re are willing to take it’s all political. One would believe if this is a heartfelt cause free advertisement of that program wood run on conservative websites and that Republicans wold pick up the tab on liberal websites all over America , too much cost.

What people say, and what they believe, are in this instance certainly different things.

Some of the rhetoric on the left on this issue is disgusting. Abortion isn’t a big issue for me, honestly, but the left’s own rhetoric makes me want them to lose. I can see arguing that its a woman’s right to choose, or that the mother is better off financially, or whatever, I may not agree with those arguments, but at least they make sense. But arguing that unborn babies basically don’t matter, that they aren’t human beings, I’ve even heard people on the left talk about it combined with a desire to harvest body parts for science so that it almost sounds like they’re talking about experimental mice or something. This dehumanization of unborn babies is grotesque. Like I said, not a big issue for me, but just listening to the left talk about it in such heartless, vacant terms makes me want to vote against them.