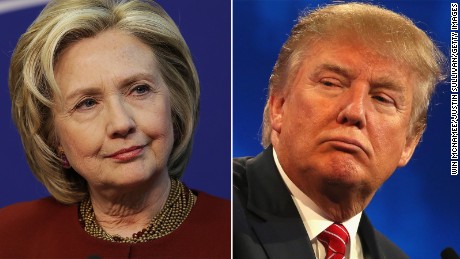 Clinton Leads Among the Unemployed and Low Income, Trump Ahead with Middle and Higher Income Voters

In a national survey of 23,347 registered voters across the nation in June and the first two weeks of July, Clinton did best among those with no or low incomes.  This is contrary to the conventional wisdom that those with little education and little money support Trump. They don’t. According to this poll, it is the middle and upper income voters who support Trump. 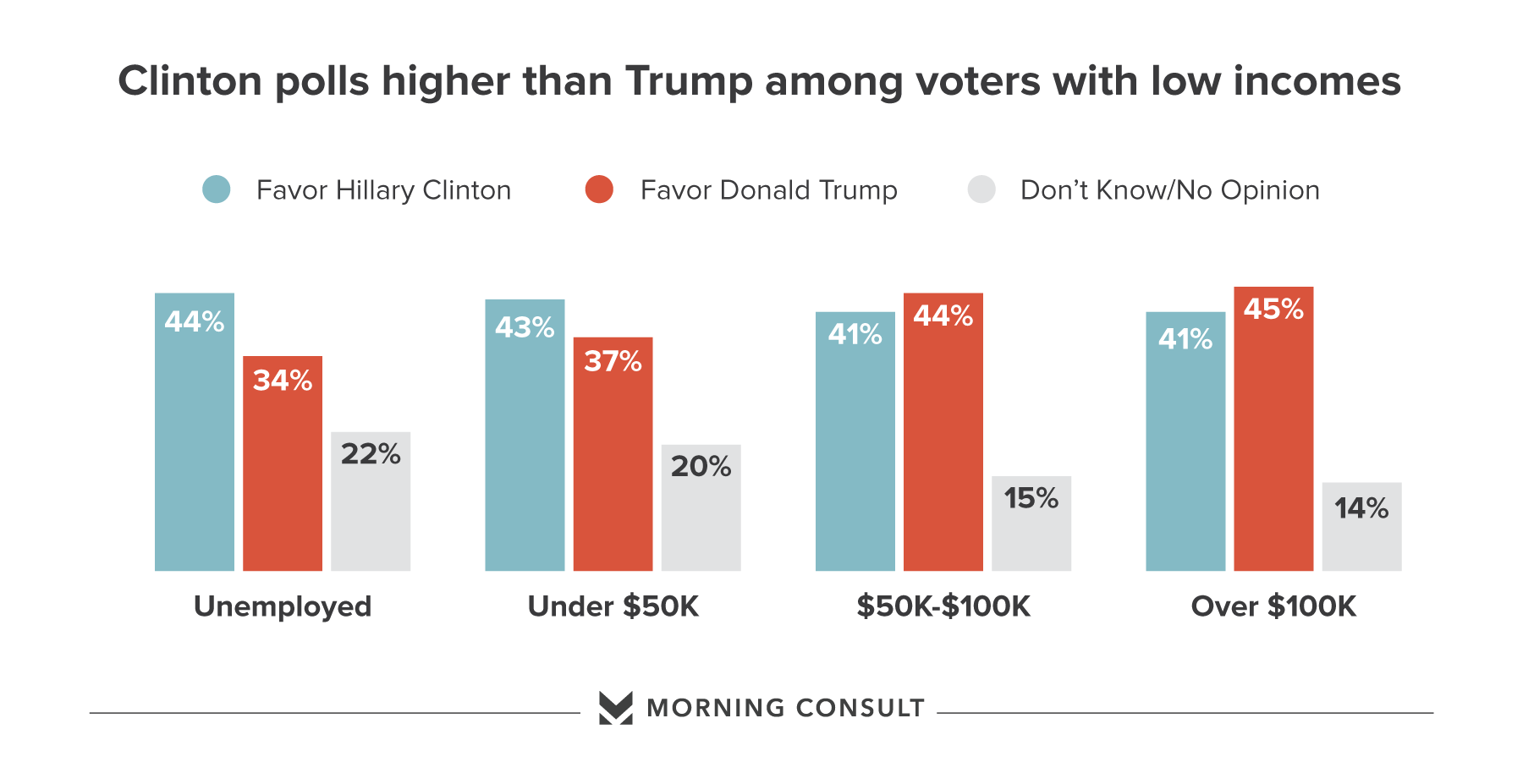 Clinton Leads Among the Unemployed and Low Income, Trump Ahead with Middle and Higher Income Voters was last modified: July 19th, 2016 by Jeanine Martin

“Somewhat surprising poll results.”
Only if you actually believe them..
In this article you are using results from Morning Consult. In your article about Trump gaining in Battleground counties, the results were from Remington Research Group..
Guess what???
The results do not match up.
For example..
Morning Consult has Clinton with small lead in Pennsylvania while Remington Research Group has Trump with a 23 point lead.. Might as well pull numbers from a hat.
The Harper Polling Firm has a tie in Connecticut at 43% each. So would be doubtful that Clinton is really polling at 43 % nationwide.. As far as I am concerned all of the MSM polls are fake..
I would hazard a guess that Trump is at 53% and Clinton at 37%…However the poll games can wait. One of my hobbies is trying to figure out the location of Plato’s Atlantis, so will play with that for awhile.

Wait-wait-wait, wasn’t Trump supposed to COMPLETELY change voting trends and win over the blue collar folks from the Democrats forever?

Yes, yes he will.

Better be before election if we hope to keep Barbara’s seat — that’s going to be a chore!

The 10th district isn’t packed with Blue collar workers. Barbara will fine even if those 20 people don’t vote for her.

I really suggest a more wider walkabout, there is a lot of blue in the district.

And yet Comstock ran as a solid conservative and won handily.

Comstock ran as Frank Wolf in a dress. The general electorate can choose whether they want genuine or generic — the party, not so much.

Welfare is a curse that is sinking Europe and will eventually sink us unless we learn quickly. The collapse is painful to watch but quite instructive – paying people to do nothing productive or even paying them when they are destructive only ends one way and that is tyranny.

Not so sure why/how this is a surprise?

The taker/gimme gimme crowd is going to support the giver.

The fed up blue collar/worker bee crowd is going to support anyone but the status quo that keeps taking from/screwing them.

The takers, many of whom pay no taxes, will vote for the makers to be taxed, and the money transferred to themselves. And these takers will accuse the makers of being greedy. Hmmm.