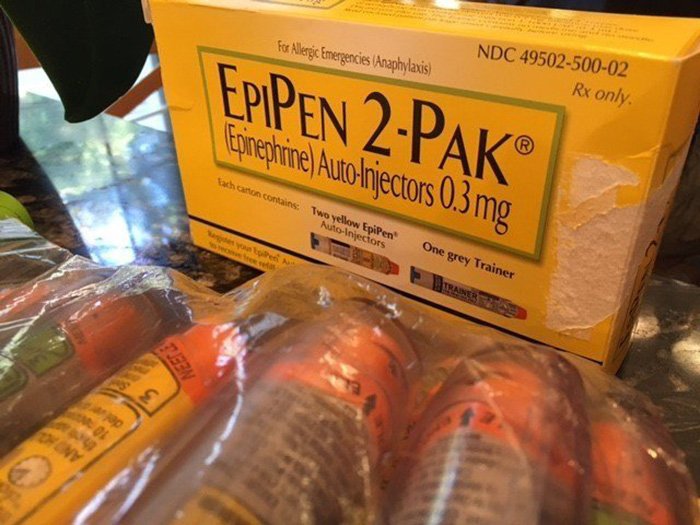 EpiPen: the most recent illustration of the failure of government

The news is full of stories about the 500% increase in the price of an EpiPen (two EpiPens, actually, for reasons that appear below). The immediate reaction of many, including too many conservatives, is to assume that there is a market failure and to demand government intervention. But that gets things precisely backwards; this is a failure of governance, not a markets.

It takes far too long and far too much money to get a Drug or Device (this is a device; the drug is cheap and has been available for a century, more or less) to market. There is a similar, competing device. But it was recalled even though (i) its failure rates are—according to some accounts—not materially different to the EpiPen and (ii) those failures likely were due to user error by folks who did not learn how to use it before the crisis hit. Also, there is another product that is in the pipeline awaiting approval. But as things stand today, EpiPen has a monopoly on its delivery device. Monopolies tend to drive up prices and—key point—this monopoly is the result of government policy, not corporate malfeasance.

Demand for the EpiPen has been artificially driven up, in two ways. Statutes that mandate how many EpiPens are available at educational institutions and the mandate that they be sold only in two packs (if a parent or school uses one of a two pack, he or she cannot buy just one replacement pen). Having adequate supplies on hand is certainly a good thing. Having government determine exactly what an adequate supply is in each case less so.

ISSUE THREE: WHO PAYS THE BILLS

40% of American children are on Medicaid or SCHIP. Most of the rest are on health insurance. This price increase was targeted at insurers and, especially, state and federal governments. In effect, Mylan, the maker of the EpiPen, has convinced governments to buy more of its EpiPens at a higher cost. The individuals who got hit are really collateral damage.

All of this is to say that it is no surprise that the head of a pharmaceutical company is the daughter of a Senator who started out as a lobbyist, rather than a scientist or manager, since the business plan is neither to compete nor innovate, but instead to use the government to suppress competition and innovation.

But the real story is lost in a simplistic narrative in which—stop me if you heard this one before—the markets are invariably the problem and government is invariably the solution. As conservatives, we need to be able to provide a counter-narrative, and make sure it gets into the wider culture. Otherwise, we will continue to win debates, to the extent our discourse merits that name—and lose elections.

EpiPen: the most recent illustration of the failure of government was last modified: September 1st, 2016 by Guest Contributor Jeffrey R. Adams

Wow, you sure do have a lot of nerve Jeffrey. 🙂 Half of the country lives in a Bizarro reality where one can take a given set of facts and try to draw a completely opposite conclusion to the one presented. The other half are conservatives.

Which half did Bush 43′, and Bob McDonnell fall in?

After congress and the media suck all that they can for politics and profit out of Epipen fiasco, they will sweep it under the rug. In a week or two, nobody will remember.

Who is to say Mylan is not being stuck up by the MSM for more advertising dollars?

If you think that any change can be made in the way Washington does business, without first eliminating corporate and special interest money in politics, I nor anybody else can help you.

If you think eliminating ObamaCare will lower the cost of healthcare in this country, I nor anybody else can help you. When it happens, price increases will run wide, back to the annual double digit increases plus a punishment fee.

Populists are screwed with or without Obamacare.

I think we agree on special interest money and lobbyists, as well as a corrupt media…. have a nice day.

WoW, and check out this;

And yet, our totally corrupt government (pay to play) , supported by our corrupt media, feeds us lies by telling us how bad healthcare is up north, down south, to the east, and to the west.

They tell us how wonderful it is being the only civilized (out of 33) country on the planet without universal healthcare. That’s right, we are the only one, but that is ok, cause we are the best. At least for the donor class.

Does that MoD degree help you sleep at night, or, is it just an ornament to hang on a resume? l Timothy 6:10

I call BS on this. You forgot to mention that the drug companies lobby, with their checkbook of course, for these government regulations. Seems Mylan is using a condom on Canadians?

This ain’t nothing but Wall St. at work screwing more money out of the populists.