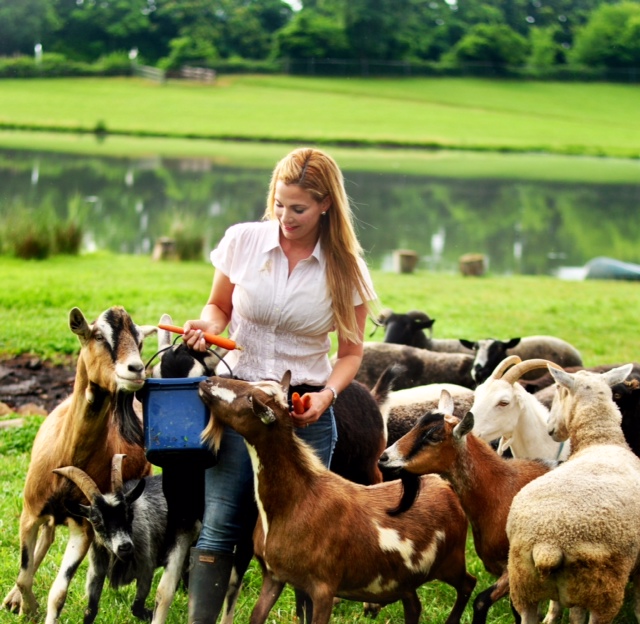 Fauquier farmer Martha Boneta wins in court! A judge ruled today that Martha Boneta’s lawsuit for harassment against her neighbors and the Piedmont Environmental Council can move forward.  The suit against PEC claims they violated the Virginia Conservation Easement Act. The lawsuit against Boneta’s neighbors, Phillip and Patricia Thomas, says they,

Complained to third parties about alleged mistreatment of animals on the farm;

Made false reports to the Fauqiuer Sheriff’s Office about the use of volunteers; and,

Made false reports to the Fauquier County and the Commonwealth’s Attorney about Boneta.

There has never been any mistreatment of animals, in fact Martha Boneta rescues animals!  These people have harassed Martha and lied about her for nine long years. It’s high time they were stopped.  More on the story here.

We have the same problem going on in upstate NY. The Mohonk Preserve and their affiliates have been suing my friends for over 21+ years. They tried to buy the mortgage from the previous owner back in the early 1980’s and have been trying to stea thier property by claiming to buy it from someone else. There are vendettas and jealous actions of one particular person who has brokered all these purchases turned into lawsuits, seven in all. Litigating the land from others in court until they fun out of money is what they try to do.

Hopefully PEC the real operator pulling the strings in this ongoing harassment effort will not be allowed to fade into the background unscathed given the organization’s appalling behavior in the Fauquier County events regarding Ms Boneta’s Paris, Virginia farm. At the least a through review of the PEC a 501 (c) tax-exempt organization’s charter and it’s legal jurisdiction regarding land zoning and acquisition need to be revisted by the GA as it’s actions open the question of violations of Virginia’s Right to Farm Act as well as it’s unusual relationship to elected members of the Fauquier County Board of Supervisors, regarding the issuance of zoning citations against Boneta’s property and their connection to PEC influence on the local political process. All of this should be opened for judicial review and evaluation of state code legality. These environmental 501(c) organizations are NOT legal and constitutional entities unto themselves and must adhere to Federal and State and County laws or face criminal prosecution.