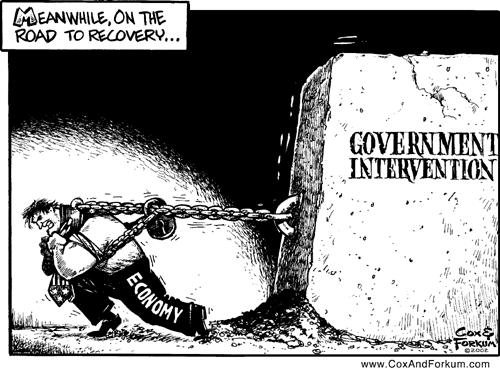 I can’t disagree more with Mr. Tucker. Here in Fairfax we killed a meals tax in 2016. Had the G.A. left it solely up to the board of supervisors (instead of a referendum), a meals tax would have been enacted. If BPOL had a similar referendum requirement, it instead might be killed as well.

The arguments you make about cutting core services and raising RE taxes are the EXACT SAME the pro-meals tax people made here in Fairfax.
We will have to cut funding to core services, schools, public safety, roads, parks…
We must diversify revenue sources.
We must have more money and if you eliminate one income stream we will have to raise RE taxes.

Look, BPOL taxes are currently being collected and if the GA is going to axe them, they need to figure out how to wean counties off of BPOL taxes and not simply nuke them. The weaning must be set up in a permanent fashion (unlike the car tax scheme which I could write a book about). The concept of killing BPOL is worth supporting.

All of this is moot. I predict the bill will die a quiet death on an unrecorded vote to table in a Senate Committee or Subcommittee. Transparency in action.

Good article. This kind of legislation goes hand in hand with the unfunded mandates the GA continues to push onto our local governments. As tax revenues would need to be made up somewhere if this passes, I would love to know which taxpayer the GA suggests the pain gets passed onto?

contrary to what was claimed in this article, locals boards and councils do a horrible job at keeping taxes and budgets low. they routinely raise taxes and fees. there is almost never, yes never, a lowering of a budget. those budgets are filed with spending on items that have no place what so ever being connected to tax revenue.

Even the better counties in the state do a poor job at staying out of things government has no business in.

Sorry, Brodie. That’s what the General Assembly is there for. I’ll support this 100%.

As someone who lives in the People’s Republic of Arlingron, I am very grateful for everything the General Assembly does to keep our own county board from hurting us any more than they already do. Also, BPOL as a concept needs to go away and never return.

[…] So it comes as a tiny bit of a surprise to read The Bull Elephant’s Steven Brodie Tucker rush to BPOL’s defense: […]

I am happy you trust your Caroline County’s BoS to do the right thing. You are fortunate and must be thrilled. But for those of us poor saps who live in liberal-ruled, oppressive local regimes, as I do in all-Democrat BoS run Albemarle County, I really do appreciate the G.A. helping to put at least some brakes on our ever-skyrocketing local taxes.

Just another perspective. The G.A. is some of us’ heros.

What an unbelievable lack of respect for the Republican Supervisors in every county who do not only a good job with governance BUT who are called on to help these people in the GA get elected every two and four years. If you are a conservative supervisor who is working hard to balance these things and provide all the things that affect the lives of citizens in the way of services, remember this when it comes endorsement time. Better still take note of exactly who these things come from even if they are killed in committee.

Senator Reeves and Vogel better vote against this, or it’ll be an uphill battle come primary time.

I can’t really speak to the implications, but I like the article. Where else do you find real discussion on the nitty-gritty items of governance? (answer: nowhere)

There are a lot of downsides to taxing gross receipts. It’s very unfair to people like truck drivers who have receipts that include the cost of their diesel fuel, etc.

Okay, I have not studied that tax. It is not something that exists in Maine. So, just a couple of things. One is that all business must compute their Virginia taxable income. So if the change is going to be to apply some tax rate to that number it really is not a big administrative burden.

Now, educate me, please. Because common sense tells me that any tax that is imposed on business owners (as opposed to, say, a sales tax that is paid purely by consumers) and that is based on gross receipts has to be unfair. If I build houses for a living, I might have to do $5 million in gross receipts to net $100k. If I am a CPA with a small practice, I can net $100k if I do $500k in sales. Assuming the tax is not going away, I think the argument that it should be applied to taxable income and not to gross receipts makes complete sense. All that needs to be done to preserve the revenue stream is to change the rate……….like when real estate is revalued in a county.