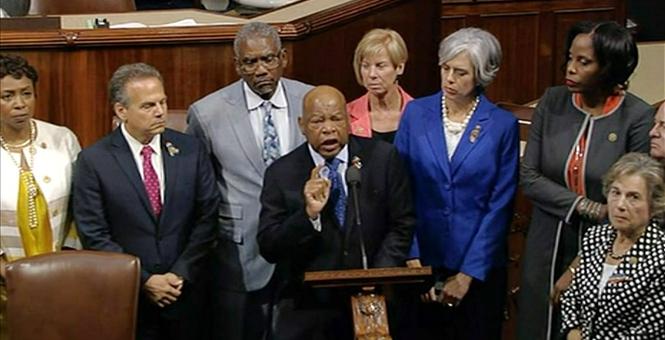 House Democrats have given up on their little sit-in protest. They forced not a single vote even though Nancy Pelosi promised to continue their stunt until ‘hell freezes over’ to get a bill on restrictions of guns.  I guess she didn’t consider the extended break that began today for Congress.  They had planes to catch!  Fundraisers to attend!  They’ll be back after the 4th of July. A good post about the end of the sit-in, with a lot of humor, here.