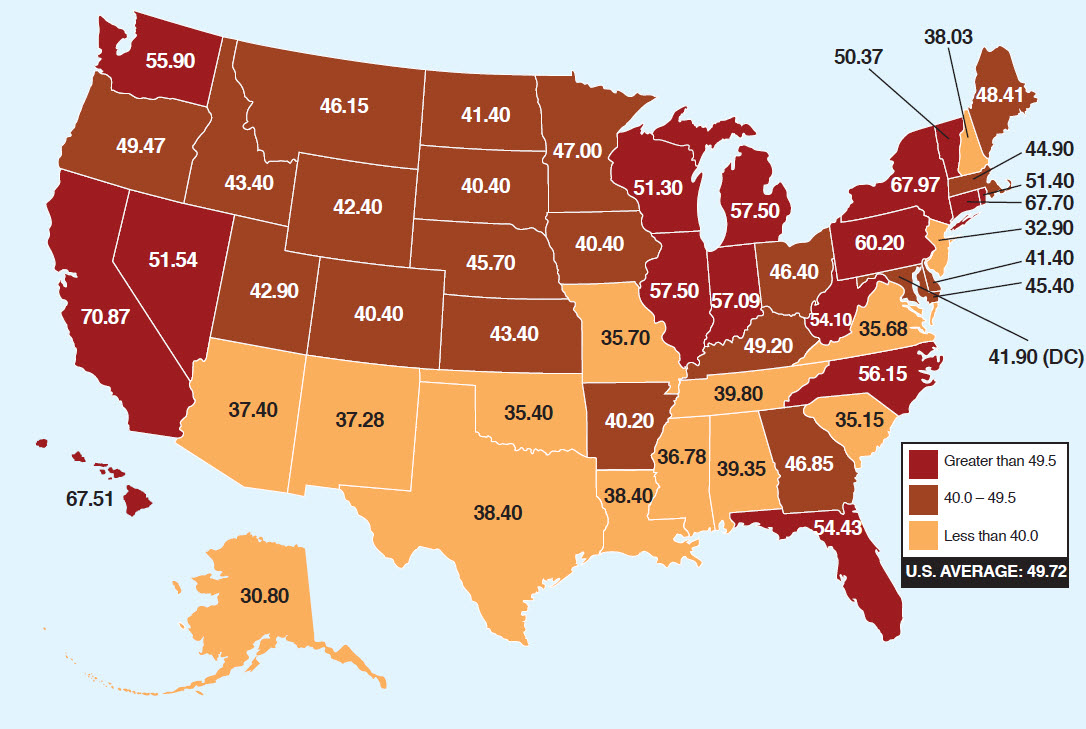 The federal gas taxes for each state is 18.4 cents per gallon of gas but there is a wide variation in how much each state adds to that tax. [read_more]In Virginia our current rate of gas tax per gallon is relatively low but that will change in January 2015 when the gas tax increases as part of Governor’s McDonnell’s massive transportation tax increase passed in May 2013.  California, New York, Hawaii, Connecticut, and Pennsylvania currently have the highest gas tax rates in the country. 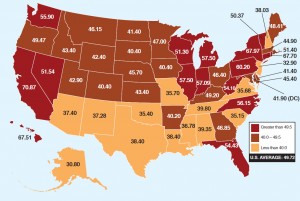 More here.   An interactive version of this map can be found here.

“Relatively low”???? A quick look at your map shows only 3 states with lower gas taxes. THREE! Stop your whining.

I never was good at math. Thank you for clarifying!