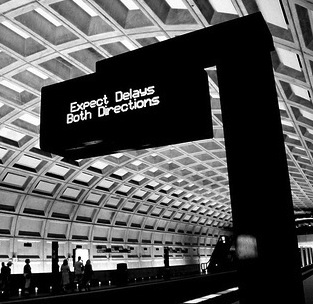 Another day, another metro mess.  Earlier today a Blue Line Metro train was stuck in a tunnel east of Rosslyn for over an hour.  The ripple effect was also felt with delays on the Orange and Silver Lines.  More here and here.

Just one more reason why I never take the train. http://nolightrail.com/