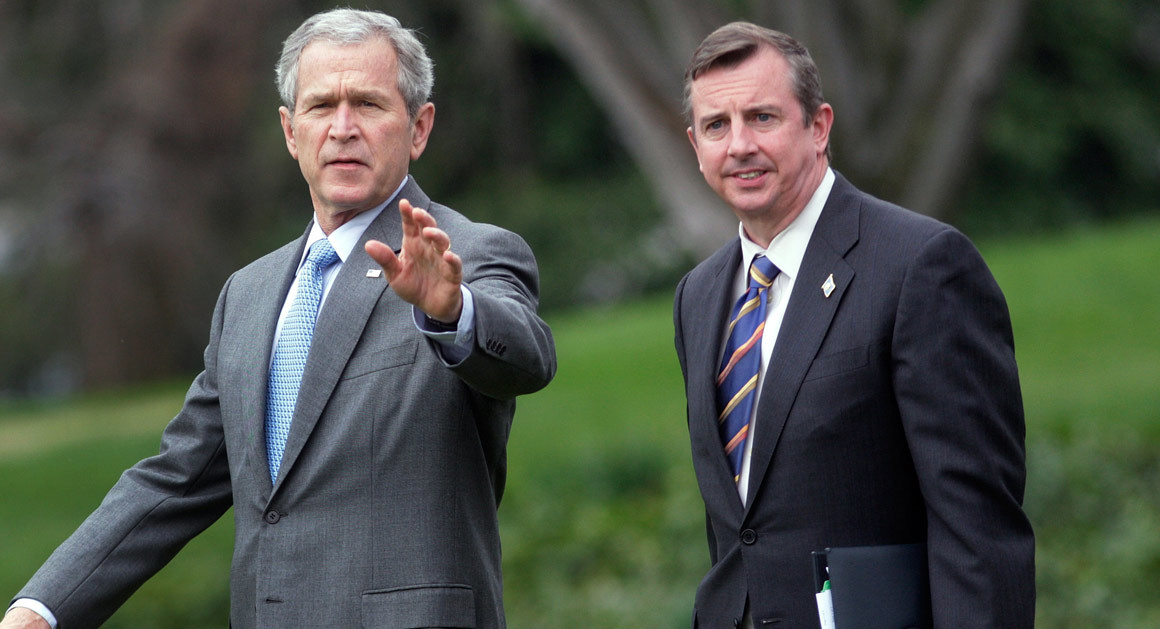 President George W. Bush will come to Virginia on October 16th to campaign for Ed Gillespie for Governor.  The former President will make appearances for Gillespie in Richmond and Alexandria.  Bush has previously attended a fundraiser for Gillespie in Dallas and personally given the candidate $50,000 for his campaign.

During Bush’s term as President he chose Ed Gillespie to chair the Republican National Committee from 2003 to 2005. In 2007 Bush made Gillespie a White House Counselor.

I don’t see this helping him. OTOH, it probably won’t really hurt him either.

Nothing to see here. Just two Never-Trumpers throwing a party.

President George Bush perpetuated the lie;
“Americans don’t want to work”
Oh if I only had has butt for a 40 hour work week.

Convention of the Bush war mongers!