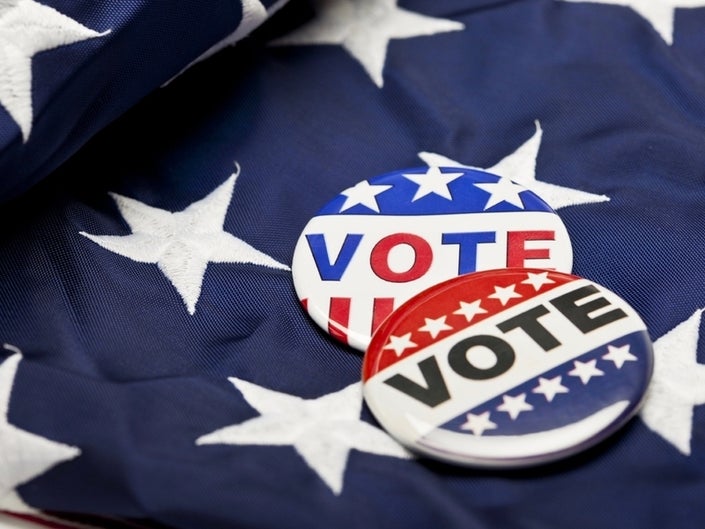 The Consequences of Failure

It’s a new crowd of extremists whose bite will be worse than their bark.

For confirmation, look no further than the Commonwealth of Virginia, where the radical left upended more than two decades of feckless Republican legislative control. The left now owns the top three statewide offices, the House of Delegates and the Senate. (Also, several important county attorney seats were won by extreme-leftists selected and funded by George Soros’ political operations.)

The consequence is that Virginia is now only a month away from taking the first significant steps towards joining it’s corrupt, anti-life, anti-faith, anti-liberty, anti-business, and high tax northeastern neighbors like Connecticut, New York, New Jersey, Pennsylvania, and Maryland.

It’s in the radical DNA. They can’t help themselves.

Make no mistake; this is not your grandparent’s Democratic Party. It’s a new crowd of extremists whose bite will be worse than their bark.

Former Virginia Governor Terry McAuliffe, possibly weighing a return to political office, signaled that he, for one, understood that the new legislature intended to tear down not just marble statues but to bury the old Virginia forever.

“The era of Republican obstruction in the Commonwealth of Virginia is now over,’’ Mr. McAuliffe said after the election, “[tomorrow] we must begin rewarding voters with action.”

However, the new democrat majority are voicing their intentions to move to the left of even that agenda, with abortion and Second Amendment issues being lined up for early legislative attention.

The rush to kill babies in the third trimester right up to at least birth will be on the legislative fast track again, following up on the early 2019 “Tran” bill that laid down the marker for the radicals. The only question is, will this new group of extremists publicly push for post-birth infanticide or simply allow the regulations to turn a blind eye when the killing of live birth babies inevitably happens?

These folks are captivated by an ancient mantra that loves death.

Incoming Majority Leader in the Senate, Richard Saslaw has already pre-filed bill SB-16 and three other gun bills. S-16 expands the definition of so-called “assault weapons” and bans, as a felony, the possession, sale or transport of assault-style weapons and larger ammunition magazines, semi-automatic pistols with more than a ten-round magazine, or shotguns that hold more than seven cartridges – none of which would be grandfathered to protect present owners in the legislation. The bill would also prohibit the importation of specific parts.

Yet another gun bill, SB-64, as introduced, could be interpreted as making traditional firearm safety and shooting instruction – and even skilled self-defense training – illegal under the rubric of preventing “paramilitary” training.

Like all gun legislation, of course, these laws would only affect – and are exclusively aimed at – law-abiding citizens. They would not stop a single criminal, terrorist, or crazy person — not one.

None of this should surprise anyone; this is what happens when you have elected Republicans who stand for nothing, rest on no intellectual or political conviction, refuse to confront and attack their opposition regardless of circumstances, and frequently do amazingly stupid things; combined with a dysfunctional and feeble state party apparatus. The truth is that it’s a miracle that Republicans didn’t lose a lot more seats.

The losses in Richmond has ignited a fierce reaction. So far, twenty-three odd Virginia towns and counties have declared themselves Second Amendment “sanctuaries,” although no one actually knows what this will mean in practical terms. There have been numerous accounts that I’ve received from across the Commonwealth that report huge standing-room-only crowds at various events, including County Supervisor meetings. Another caller said that in a western county, over 700 people showed up for a meeting room that held only 100 people to discuss the gun-grabbing radicals coming into power.

Of course, it’s encouraging to hear that citizens are up in arms, so to speak. But if there is all of this anger and frustration now, the question has to be, where were these same people during the election? How many of those attending these meetings or protests even voted? How many gave money to a candidate or volunteered in the election?

The answer is, distressingly few. The voting statistics speak for themselves. The outcome speaks for itself.

(As has been noted in this column before, nearly half the outdoor sportsmen and women in the Commonwealth who fish and hunt with licenses, and others who are in sports shooting and similar affinity groups, are not even registered to vote!)

The party’s inaction and lack of preparation, its ineptitude, in this election cycle were typically pathetic. The HOD and Senate sounded fatigued and bored, and everyone who watched them felt the same way. There was no coherent, much less unified, message, and even less passion. Honestly, one gets the impression over the years that the Republican caucuses would just as soon be in the minority, as long as they get to play in the legislative sandbox and strut around. Fighting is, after all, hard work.

In spite of the most recent disaster, the so-called leadership of the statewide party (RPV), the Chairman, First Vice-Chair, and the Regional Vice Chairs at least, have not indicated that they bear any responsibility or intend to step down and let others try to fix the train wreck. Instead, they plan to cling to the moribund body of the party apparatus like barnacles on a mothballed ship. Just because they can.

I, like you, have read all the excuses explaining why Virginia has turned blue, and other southern states are trending in the wrong direction. There is some truth in a lot of the reasoning; demographics being flipped upside down with a large portion of first and second-generation immigrants who have little incentive to understand what makes America work and others who don’t want to be assimilated. Massive investments of coordinated outside money coming into states from the national pool of far-left money.  A radical, ubiquitous message coming out of the news-entertainment complex and the nation’s colleges that push a virulent, totalitarian version of Marxism.

Until conservatives, traditionalists, and people of faith take the state of the nation seriously – until they take personal ownership of the Republic they have been blessed with – then there is little hope to stop the slide of the country. It is self-evident that the official party, the Republicans, are incapable of doing the job, left to their own devices.

I’ve written recently, here, about selling from empty wagons, here about nationalizing the upcoming elections, and here about a Big Hairy Audacious Goal to take the story – the gift – of America straight to the immigrant and ethnic communities in every single county of the country. They don’t make me entirely right, and others may have better ideas.

But, I do know this. America is worth fighting for.  The question now is: If not us, who? If not now, when?

The Consequences of Failure was last modified: December 4th, 2019 by Michael Giere
1 comment