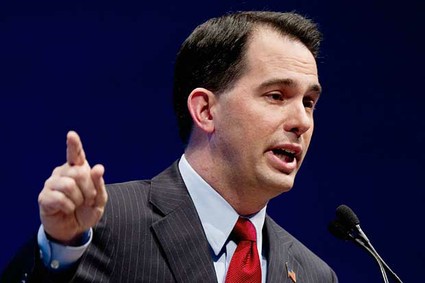 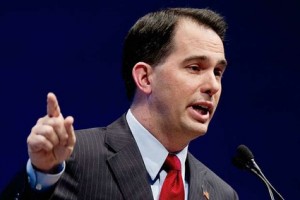 In an informal 2016 presidential preference straw poll conducted at the monthly business meeting of the Stafford County Republican Committee on Monday, the roughly 70 assembled activists and elected officials expressed an overwhelming preference for Wisconsin Governor Scott Walker over all other candidates.

As with last weekend’s straw poll in Prince William, the Stafford survey asked candidates to identify the three candidates they were most excited about supporting, and the three candidates that would they would be least enthusiastic about supporting. Scott Walker’s name was marked on the positive side of 69% of all ballots cast, and was the only name not to receive a single negative vote. His nearest challenger (unlike in Prince William) was Jeb Bush, who appeared on the positive side of 28% of the ballots…but who also showed up on the negative side a shocking 39% of the time.

Clearly Walker has struck a chord with ordinary Republicans, who tend to view him as a conservative without any label that would turn them off. He’s not “tea party” like Cruz or Carson, he’s not “establishment” like Bush or Christie, and so far he doesn’t appear to have any glaring weaknesses on policies like illegal immigration, taxes, or foreign policy. Time will tell if this endures (there’s already a building resistance to any sort of early coronation, with articles like “12 Reasons Why Conservatives Should Reject Scott Walker“), but it’s clear right now who our frontrunner is.

Take it with a grain of salt (especially given the small and completely unscientific sample), but it is obvious that few people (in Stafford at least) take Donald Trump or Sarah Palin seriously.  The numbers plainly suggest that, with such huge negatives for Christie and Bush, there will be no easy path to the nomination for them.  Carson is not a serious threat to anyone, which leaves only Walker, Paul, Rubio, and Cruz with any significant spread of positive support over negative opposition.

Still, you left out Romney. Put Romney in and see what happens.

What makes Cruz “tea party”, apart from Scott Walker? I’m curious about their platforms and how they differ.

This is a very valid question to ask. You could even fairly ask what makes Scott Walker a conservative? Media loves to bucket Republican candidates. You may note they rarely if ever conduct this categorization with Democrats. Primary debates use to supply this information but since they have become largely controlled by the left supporting MSM their effectiveness has seriously diminished. Perhaps TBE could run a series of top candidate position issue comparisons as we move closer to the primaries. I believe you can count on not seeing much open discussion from the WP, NYT or WSJ except for those they endorse, at least that has been the trend in the past.

The difference is style.

Could you expand on that?

Yes. Cruz should crush in any debates, while Walker is still struggling to improve his presentation. Hopefully Walker can step up his game and get more polished.