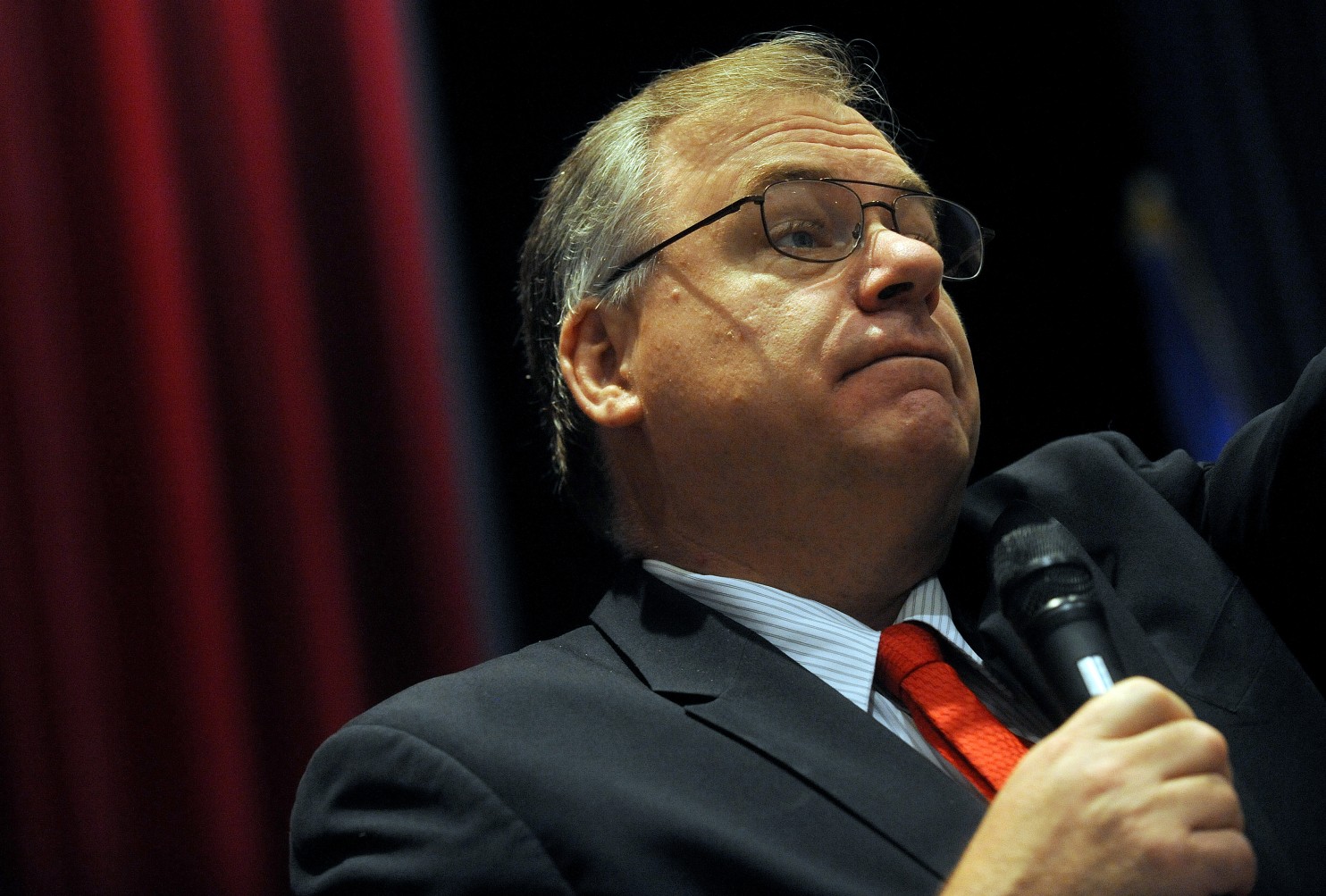 It’s time to seriously question Scott York’s judgment, and his ability to sit as chairman of Loudoun County Board of Supervisors.

York’s campaign has been rampant with financial irregularities that have resulted in a an investigation by a Special Prosecutor.  In addition to that, York has hired some very questionable people (to put it mildly) to work on his campaign in leadership positions.

First among York’s  hires was Shawn Williams, the man with a past history of beating women (and some men),  a man with serious alcohol problems resulting in multiple arrests for driving under the influence. Scott York considered Williams his right hand man, his best bud, the man York chose to be his vice chairman.  Even after York learned about Williams’ terrible background he did nothing, Shawn was his guy. He would not ask Shawn to resign from the board.  I take it back, York did do something, he hired Shawn Williams to be his campaign Treasurer! He did that despite Williams’ past financial problems.  A few weeks ago, Shawn Williams was jailed for forcing his way into his neighbor’s home and assaulting him.  FINALLY, York requested and received Williams resignation from the Board of Supervisors and a resignation from the York campaign.

That brings us to one of the co-managers of York’s campaign, Brian Reynolds, with a background that rivals that of Shawn Williams. As outlined in the Loudoun Times Mirror today, Reynolds has had numerous arrests, with multiple felony charges, resulting in a stay in federal prison of over 5 years. While Reynolds claims he’s a changed man, that is not quite the case. In recent years, numerous people have sued Reynolds for not completing work promised, and for outstanding debts.  With a house in foreclosure earlier this year, Reynolds spent $120,000 on a Porsche that he couldn’t afford and for which he is now being sued for the $110,000 that he owes the Porsche corporation. While Reynolds has avoided another stay in prison, he still spends a great deal of time in court for various lawsuits and other cases against him. Can York really claim he knows nothing about any of that when Reynolds is so frequently in courts in Loudoun county, just blocks from York’s office?

We can’t forget Tom Julia, York’s long time campaign consultant, hired and recently fired by RPV (Republican Party of Virginia). Julia has some serious personal problems that I will not elaborate on. Julia was supporting Scott York, was a consultant for Shawn Williams, and is now a double free agent after being released by the Charlie King campaign and RPV in the same day. Like so many campaign consultants and politicians, Julia has embarked on what I call a BS tour in an attempt to redeem his tainted reputation. Given those for whom Tom has, and is presently, working for, he should be very good at blowing smoke and misdirection. Julia has changed candidates and double crossed more people in one election cycle than most reptiles do in a lifetime. He is a sleazy campaign consultant of the first order.

So there you have it, the Scott York campaign. He is the candidate being investigated by a Commonwealth Attorney for campaign financing violations, had a Treasurer forced to resign in disgrace, a consultant who has spent more than time in Federal prison than some elected officials have spent in office, and hired gun Tom Julia who in my book is one of most distrusted men in Loudoun political circles.

You really can’t make this up. Only in Loudoun county would a candidate who can’t decide what party he belongs to because he lacks principles and morals,  a candidate who exhibits terrible judgment, with so many signs of corruption, be elected Chairman of the Board of Supervisors.  It’s embarrassing to Loudoun County. It’s high time for him to go and take his merry band of rogues, crooks, and criminals with him. We need to make sure he doesn’t serve another term. We must elect the honest, principled, Republican candidate who we can trust and will never be an embarrassment to the county, Charlie King.

York has never met a dollar of mine or yours that he cannot spend better then us. He is part of the financial lunatic fringe, just smarter than most of the democrats. Williams is the cats paw the rest are just fodder for bloggers. It speaks to a poor judgmental apparatus that York employs by shoving Williams at us numerous times. King has done nothing but win because he was correct with his interpretation of the law!

You people are disgusting. Smearing private citizens in a public domain makes me want to vomit.

All to distract from King’s failed campaign, which is sinking like the Titanic. Two key staffers quit this close to the election, and you try to make it look like York’s campaign is struggling?

That King associates with people like Jeanine Martin, Greg Stone, Jim Plowman, and the anonymous bloggers who assassinate the characters of private citizens is repugnant and reflects on HIS character. What a cesspool. Shameful.

King will lose. No ideas, desperate campaign, associates with humanity’s scum. I look forward to flushing you all down the toilet at the voting booth so you can hang out where you belong – in sewage.

I think this is a perfect rant

Let us not forget that both of Scott York’s key men listed in this post are both married and had active Ashley Madison accounts with recent activity.
I am sure the folks back in Scott’s LDS church were disappointed in that.

Regrettably, you really have to question Scott’s character when he chooses to hang out with those kind of men. When you combine this with the subterfuge he did with the Loudoun Times Mirror and the Chamber of Commerce in order to get his “Citizen of the Year” trophy while promising everyone that he was not running for reelection, you have to reach the conclusion that his integrity is not really up to snuff.

Best be careful there Steve. King knew all about Julia’s past as well.

I guess it’s not news to BE to post about King’s staff defections. Doesn’t matter the real advisory in that camp is Delgaudio. That is probably what caused the walkout.

Like Eugene or no, he IS a lightning rod, and seems to relish the position!

But it is Sterling’s business to choose who best serves Sterling, and he has been very successful there. Whatever one thinks of his views, he’s an excellent retail politician.

But just as Broad Run is not run best from a large lot outside Lovettsville (as if!), the county is more than Sterling, and the fact that Eugene DOES provoke strongly polarized reaction begs the question of why any supposedly savvy person wants to limit Charlie in that way, by encouraging a climate of guilt (or praise) by simple association.

Charlie is an individual with good qualities, and I’m afraid a lot of that is getting lost in the cool kids’ spitting contest.

Sterling gets what it deserves. They like the guy. That doesn’t mean the rest of the county needs a Delgaudio surrogate as Chairman. I know King hates the comparison or the association but he has done very little publically to distance himself from Delgaudio. It would be telling if he tossed out any degree of separation from the hate mongerer. No doubt they are very good friends, so I am not holding my breath for any revelations.

More telling is the zealots leading the LCRC who enable such association, even relish participating in it.

the little clot driving the smear bus acts the same, no matter whose campaign they’re “working” on

I guess you didn’t read John Whitbeck’s clarification on Greg’s screed on the fb page? According to John, Tom Julia resigned from RPV and the King campaign on the same day–not fired, not let go. John said he was posting to set the record straight.
Good for John.
I’m hoping it will dawn on you guys that if all you have is personal stuff on people who aren’t running, you really don’t have much?
Not to mention that all the guilt-by-association stuff does is encourage people to say Charlie is Eugene. That sure makes people who don’t know him want to hear what Charlie has to say, doesn’t it?
As for the financials, here’s hoping poor Theo Stamos can get this wrapped up quick–if it were illegal to amend reports, gosh, I guess there wouldn’t be a proper procedure for doing so, would there?

The character of the people employed by a candidate does matter, especially when we see the gruesome twosome of Williams and Reynolds, the most integral members of the York Campaign. Fun fact, both were found on the Ashley Madison list. Several credit card entries, so it was not just a clerical error or updating of records. Both have anger issues, if you’d do a little research you might actually find the truth. One has multiple alcohol related and assault charges and arrests, the other has served time for fraud in federal prison. Look up Design B Studios on BBB or Yelp. Look up civil lawsuits in the past 5 years. This is not a deep dive, it is a google search.
We have a public figure that is a political shape shifter, Scott York is anything the people in the present election want him to be and that is very dangerous. Look at the people who buy the guy his office election cycle after election cycle, he is for sale. Add in that he virtually ignores the very troubling legal, ethical and moral lapses of his intimate staff and we have a recipe for exploitation of the office.

Last note, Tom Julia has and will always be a snake. His prime was 2011, when he took credit for the across the board wins for republicans in Loudoun. He had very little to do with it. It was a big year for republican’s for a variety of reasons, which is why York ran as one. If there is one thing he can do it is read the political winds. Sometimes they blow back in your face. When you get so frantic to hold on to power that you are willing to put the integrity of the office at stake, you should not retain the office.

again, if it opens the door to tag Charlie with Eugene (which has occurred since Charlie said he would run), who benefits?
Remains to be seen

The BIG difference is, Eugene had done nothing wrong. He was never convicted of ANYTHING. Scott’s friends have been convicted, numerous times.

Jeanine, in order to maintain a pose of moral perfection, and thus a tone of perpetual outraged moral dudgeon, one must be perfect.
No one is.
Including you, and your cohort of equally outraged preachers.

I think this is a perfect blog