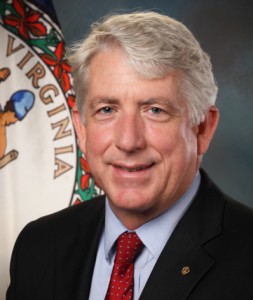 In a friend-of-court brief filed in the federal appellate court considering the constitutionality of the Marriage Amendment to the Virginia Constitution, three law professors contend that Virginia Attorney General Mark Herring was justified in taking a position in that litigation that the Marriage Amendment violates the U.S. Constitution. Herring did so despite his campaign pledge not to subordinate the position of the Commonwealth to his personal view of the law. The professors fail to acknowledge that fact, as well as several others.

They fail to appreciate the fact that the Commonwealth and an overwhelming majority of voters who ratified the Marriage Amendment have been denied representation in the federal litigation. Herring had an obligation to these Virginians and to the General Assembly, which submitted the proposition to the voters in 2006, to assure that their position was vigorously defended. Instead, he exalted his personal view on the issue over their interests. The professors overlook the limitation of an attorney general’s powers and duties under Virginia law. The Virginia Constitution provides that an attorney general exercises only those powers and duties prescribed by law. Although an attorney general is elected directly by the people, that office has no inherent powers, as the Virginia Supreme Court made clear in 1994. He has no authority to participate in litigation as an opponent of the Commonwealth.

The brief filed by the professors assume that an attorney general has an obligation to oppose a state constitutional provision when the federal law in question has not yet been settled. In this case, Herring’s decision was based on his personal view that the U. S. Supreme Court will resolve the unsettled issue against the Commonwealth. There is a fundamental difference
between any state official’s responsibility to obey a settled rule of federal law and that official’s authority to take a position contrary to the Commonwealth’s position based upon the official’s personal view as to how the unresolved legal issue will be settled.

Repeatedly, the professors confuse an attorney general’s right to decline to represent the Commonwealth when he has grave doubt about the legality of its position with his right to go further and take a position contrary to the interests of his client. The General Assembly enacted a statute in 1976 to deal with the situation where an attorney general concludes that he cannot represent the Commonwealth in a particular matter. It authorizes him to withdraw and appoint special counsel for that purpose. Under rules of professional ethics, a lawyer must represent his client with zeal. If he cannot do so, as Herring concluded in this case, ethics demand that he recuse himself and appoint special counsel. The Virginia statute assures that the Commonwealth will be zealously represented even when an attorney general declines to do so.

The professors’ bias toward federal power at the expense of state prerogative is palpable. They are content with a process in which the personal view of a single state official can frustrate the will of a majority of voters in the Commonwealth and deny them a vigorous defense of a provision of their fundamental law. If the professors’ position is accepted, it will severely erode our constitutional scheme of federalism by tilting litigation against states that are unable to defend their laws.

While every state official may have a duty to obey federal law, Herring had a duty in accordance with his oath to defend the Virginia Constitution and under state statute to defend the Marriage Amendment or to appoint someone who would do so until the pending challenge is resolved by the U. S. Supreme Court. He violated his oath, the Virginia statute and rules of professional responsibility by asserting a litigation position that is contrary to the interests of his clients – the people of Virginia who are, after all, the Commonwealth.

Herring violated number 2. He is attacking a client who he must provide legal representation. One of the shortest Legal Ethics Opinions I’ve ever seen… and not new (1982)!

Taking his cue from Eric Holder, I see.