This threatens to quickly become a very crowded race, with two candidates having publicly discussed the race within hours of Frank Wolf’s retirement announcement.

Jim Riley at our mother-blog, Virginia Virtucon, broke the story that Sen. Dick Black is forming an exploratory committee.

We’ve also learned that he has begun asking numerous prominent supporters and conservative activists from the 10th District to join that committee, ostensibly to advise him on the wisdom of a run. Practically speaking, the composition of the committee is also likely to send signals to other would-be challengers about the hard slog they face when going up against Black, who is a hero among large swaths of the grassroots in the 10th. 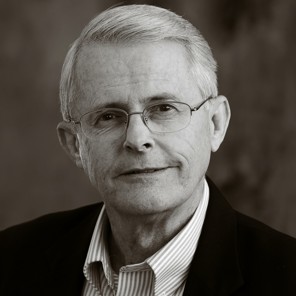 For those who might not remember, this isn’t Col. Black’s first Congressional rodeo. Back in 2007, Black made a spirited run in the 11-way race for the nomination to replace deceased Rep. JoAnn Davis, before bowing out after the fourth ballot in a process that eventually nominated Congressman Rob Wittman. Back then, Black was able to muster the support of some nationally notable movement conservatives, including Larry Pratt (Gun Owners of America), Richard Viguerie, and Paul Weyrich, not to mention local support from the likes of Bob Marshall. He is undoubtedly a force to be reckoned with this time around, on his home turf.

By contrast, attention whore Tareq Salahi (of White House party crashing fame) has dusted off his campaign schtick and announced his run in this race, which is bound to attract attention from a number of other, more serious vote seekers. As posted previously, in addition to Wolf’s heir apparent, Barbara Comstock, the current speculation is that other candidates may include, among others, Sen. Jill Holtzman Vogel, Del. Bob Marshall, Del. Tim Hugo, Loudoun Supervisor Suzanne Volpe, and Prince William Supevisor John Stirrup. With a potential group like this (not to mention others I may be missing) the nominating convention promises to be the stuff of legend.

This will be a primary, not a convention.

No, that is incorrect. The 10th district committee must vote on the method and they are a very pro-convention committee. They were elected because they support conventions. I don’t know why you think the 10th district committee will choose a primary when they were elected because of their outspoken support for conventions over primaries. Why do you persist in spreading this misinformation?

Go the convention route-screw a primary! Look how well it turned out in 2013. Say it all together,”E.W. Jackson, E.W. Jackson!”