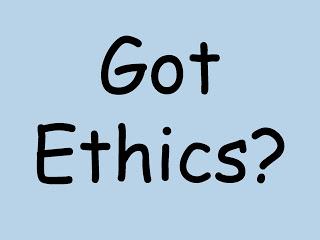 Re: Prodigal ways in ethics have passed?
Unbelievable.
“Lord,I have sinned but I have several excellent excuses.”
It is as if they(government officers) think “Thou shalt not steal.” is not God’s law,

It is as if they think “Obtaining property under the color of official right” is not made felony by law of the land 18USC1591 –
And so was not McDonnell’s felony.

It is as if they think when “an officer personally receives property that was given by virtue of the office held” the property did not belong to the office and so they did not perpetrate VA18.2-111 “Embezzlement, Larceny”
– And neither did McDonnell.

It as if they think that just because these crimes are their custom they cannot have committed these VRICO felonies – just as McDonnell still does. . .

Unbelievable.
It is as if they(government officers) think that even though the VA Constitution PROHIBITS the GA from making

that they could make such an ‘ethics’ law that was
actually law rather than a ridiculous fetish without the power
to redeem them from their SIN.

It is as if they think that ridiculous ethics ‘law’ could so whitewash their corruption that it would not make them sink to both men and God.

It is as if the GA thinks that ridiculous ethics ‘law’ did not compound their felonies in a fashion that is conclusively evidenced criminal act with criminal intent.

By wrongly adulterating the true law of Virginia with what cannot lawfully be made law the GA has “Resisted the execution of the laws under the color of its authority”.

This is conclusively evidence criminal VA18.2-481(5) “Treason” and VA18.2-111 “Embezzlement” by wrongfully adulterating the laws that are authorized by our Virginia Constitution with unlawful laws.

The GA’s immunity extends only to what is SAID IN SESSION.

All the GA has accomplished with their ridiculous ethics fetish is that they have made EACH of them OWNED by those whose tyrannical caprice or RICO purpose is “rewarding ‘friends’ and punishing enemies” by selectively punishing individuals among the herd of the guilty.

We cannot afford to let our elected representatives be made anyone else’s slaves.
And If they cannot own their own honor why should we want them at all?

The only feasible, lawful and right way of
ending a mess this huge and deep is for our Governor to adjudicate the criminal guilt of EACH by PARDON on the VIRTUE OF
PENITENT PAROLE OATH.

This would literally do nothing to prevent another McDonnell/Puckett scandal. As usual, the insiders move the goalposts on ethics, the real corrupt wasn’t from gifts but from the governor having access to a million dollar slush fund only he can use, pension laws that allow gerrymandered senators and delegates open to buying, and sitting members allowed to head government boards. Until that’s fixed, this is just nothing.

I love how Watkins made sure this didn’t go into effect until after the next election. When it finally comes into force, all those loopholes will make for fascinating commentary.

This bill is a six week delay based training device, kind of like a newly purchased dog bark collar which also interestly comes upon purchase with no batteries included. The brand new shiny ethics advisory council, which will include a member of the House and Senate from each party and other appointed worthies will serve as the early warning system for the collar, providing those filing questionable disclosure forms a forewarned correction tingle, but fear not this “ethics council” has no real teeth so no potential offender will ever be in the slightest danger of ever seeing a bite. Like the aforementioned dog collar this bill comes with a clearly stated warning label right on the package “NO dog will be harmed by the use of the device”. I suppose you could call that a loophole.