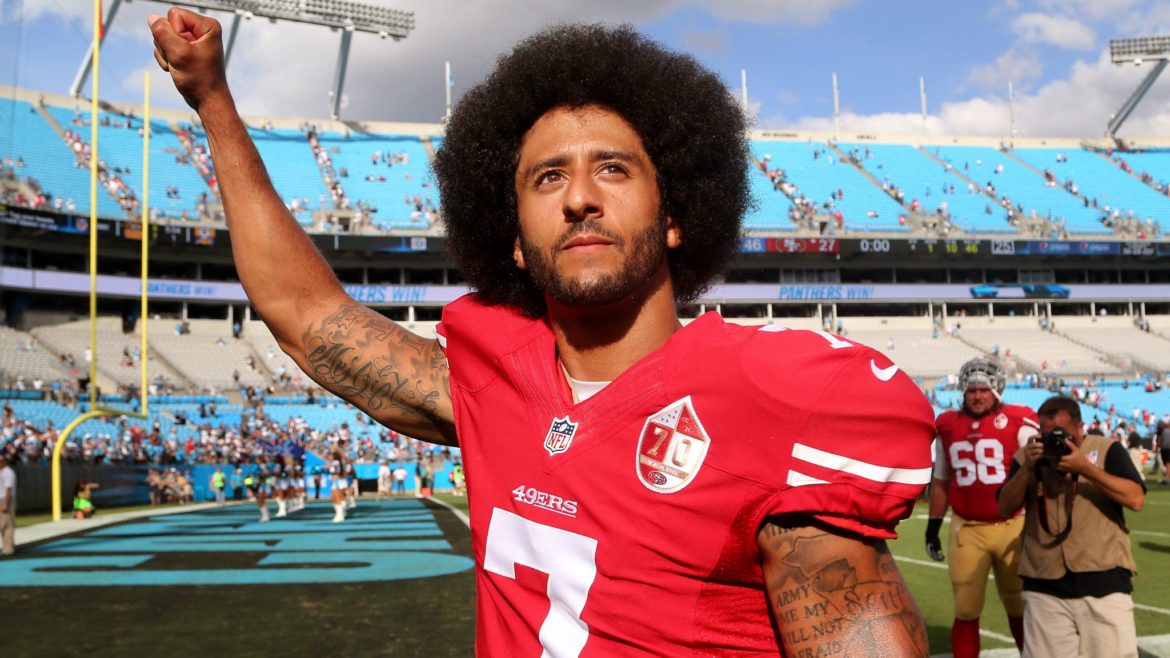 The Daily Caller Online News Magazine has broken a story which, if true, will tear all of Colin Kaepernickâ€™s cries of discrimination to shreds. Â The DC is reporting that one inside NFL source is claiming that Kaepernick has been tendered a one year offer, but refused it in hopes that stirring up a media circus will land him more money. Â

Seems that his Black Lives Matter squeeze, Nessa Diab â€“ is the driving force behind this bizarre negotiating strategy. Â

We can not know if this is true or not. Â Is the DC trying to stir up readers, or is the DC reporting on a legitimate news story? Â But what we do know is this â€“ Kaepernick has been worked out by 2 legitimate playoff caliber teams, the Seattle Seahawks and the Baltimore Ravens. Â The Seahawks wanted to sign him to a contract but did not, saying that a team can only have one starting QB at a time. Â And the Ravens wanted to sign him, but when fan disgust got to the ears of the owner Steve Biscotti, he balked, not wanting to upset his fan base. Â Ravens great Ray Lewis then suggested that Kaepernick concentrate on football first Kaepernickâ€™s supposedly better half, not wanting to be upstaged by common sense, responded by suggesting that Biscotti was a slave master and that Ravens great Ray Lewis was a â€œhouse Negroâ€.

Now let me see if I understand correctly. Â Kaepernick wants to work for someone else, and when the owner says he wants to listen to his fan base a bit â€“ Kaepernick responds by letting his supposed better half insult the people who he wants to work for. And when people are offended by that, Kaepernick and those around him call anyone who disagrees racists or â€œhouse Negroâ€™sâ€. Â Who here among us has ever gotten a job after insulting the person you want to work for? Â Please raise your hands if youâ€™ve ever insulted a prospective employer and then gotten hired by that employer? Â Odds are none of you raised your hands. Â This is because human beings have egos and we donâ€™t like being insulted. Â In this case, it is also because Kaepernick and those closest to him are supporting a despicable cause â€“ suggesting that all police officers are violent racist killers. Â For the record, in 1994, one of my best friends, Mike Ercoli, was killed by federal law enforcement. I was at the hospital when Mike died. Â I will always blame these federal officers for my friendâ€™s death. Â But I am also smart enough to understand that 99.5% or more of our police at the federal state or local level are good men and women who love their communities and the people they serve and do everything they can do to not harm a soul. Â I also understand that while my friend should never have been killed, that he also helped bring on his own death.Â

So for Kaepernick to take on the other 99.5% of a group because maybe .5% of this group are bad people, is beyond foolish. Â And secondly for him to act like heâ€™s some type of â€œrace messiahâ€ in which heâ€™ll be seen as this generationâ€™s Martin Luther King is beyond crazy. Â MLK was working for the state of Alabama to give African Americanâ€™s the right to vote, something already guaranteed by the 15th Amendment. Â Â Kaepernick is not trying to ensure better rights for players, or that black players get â€œtheir fair shareâ€. Â Black athletes are as well paid as are white athletes. Â Kaepernick is showing that he is little better than a malcontent â€“ and a pretty stupid malcontent to boot. Â Â He likely wonâ€™t ever play a down again in the NFL, and itâ€™s not because of diminishing skills, or lack of ability, or racism. Â Kaepernick likely wonâ€™t play again in the NFL because he is a drama queen who will sow division among a team and offend the customers (also called fan base). Â Kaepernick refuses to understand that what he is doing is not helping to solve racial issues, but sowing them and making them worse, all in the name of a lie called â€œHands Up Donâ€™t Shootâ€. Â For all his great athleticism, Kaepernick is sorely lacking in brains because he cannot see that his supposed â€œbetter halfâ€ is ruining his football career to help her own flagging career of being a Muslim activist and a race pimp. Â

Football teams win and lose in large part on team cohesion. Â Coaches and owners both despise drama queens who bring more attention to themselves than to the team as a whole. Â The QB position is the face of the team. Â And even in a city like Baltimore which had its share of racial violence after the death of Freddie Brown â€“ trashing the police as a whole is out of the mainstream â€“ and hopefully always will be. Â

Reminder to Kaepernick and to every youngster out there – the 1st Amendment guarantees you the right to express your opinion. Â It does not guarantee your job after you offend a businessâ€™s customers. Â

I think you have Pence confused with Obama?