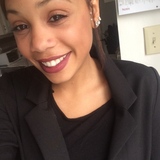 Myrna Pride, former (?) girlfriend of Delegate Joe Morrissey, and at the center of his conviction for contributing to the delinquency of a minor, has given birth to a baby boy. Last week Morrissey completed his jail sentence enabling him to travel to Georgia for the birth. [read_more]On Sunday Morrissey wrote,

“I was with Myrna and she is absolutely thrilled … I am too!”

If Morrissey is the father of Pride’s child, as is presumed, the baby boy will be the 4th child Morrissey has fathered out of wedlock.

Delegate Morrissey, age 57, and Ms. Pride have declined to identify the father of the child. Pride, who will soon turn 19, has been back in Henrico county on two recent occasions to testify in hearings related to Morrissey’s impending court hearings on felony charges of perjury and forgery. That trial will begin on April 28th.

Delegate Joe Morrissey Visits Georgia for the Birth of His Girlfriend’s Baby was last modified: March 15th, 2015 by Jeanine Martin

The baby is to be named Exhibit Number One.

Well, since we conservatives love to talk about the good old days, let me remind everyone that it was not unusual in the 19th century for a middle-aged man to marry a teenage girl. Read “Gone With The Wind.” Scarlett O’Hara’s mother was 15 when she married the 42 year old Gerald O’Hara. At least Morrissey is going to support his child. Not so with welfare, where young girls get pregnant by God knows who and we taxpayers have to pay the bill. But conservatives have long ago quit railing against welfare. Oh, the misguided wrath of the 21st century conservative.

It will be difficult to provide support for a child you have acknowledged as your’s. It will also be difficult to support his child when he is incarcerated. I might also point out that Morrissey has not married the teenager. He ‘only’ impregnated her.

Yes, a hundred+ years ago women married during their teenage years. They also had no other options. They didn’t go to college or have careers. In today’s world it’s never a good thing to be a teenage mother, particularly and unmarried one.

Am I supposed to “pretend” that I, you, an everybody else, is without sin? John 8:7

Is there no shame anymore? Never mind, it was a rhetorical question.