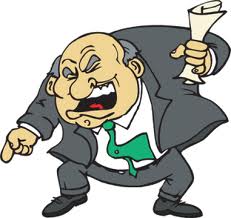 At the last Fairfax County Republican Committee meeting each magisterial district chose their method for nominating their candidate. By an overwhelming vote, with only two dissenters, Sully district chose a mass meeting.[read_more] Now the Executive Committee of the Fairfax County Republicans has decided that they don’t like that choice because it will not aide Brian Schoeneman in winning the Sully district nomination for supervisor.  They are overturning the will of the people in Sully district, forcing them to have a firehouse primary where a candidate can win with only a plurality of votes. With three candidates in the race, and conservatives splitting their votes between the two conservatives, a Firehouse primary could give Brian a path to victory.  It’s his best hope for a win.

If you are a member of FCRC and object to the party bosses control, let your leaders know and attend the meeting on February 17th to express your opinion.  It may not be happening in your district now, but it sets a precedent for what could happen to your district in the future.

Please read this excellent post that explains more thoroughly what has just happened to Republicans in the Sully and Mason districts of Fairfax County.

Jeanine, I don’t know the last time you were even in Fairfax County. Shouldn’t you leave the commenting on county politics to people who are even slightly knowledgeable?

1) The Executive Committee of the FCRC is controlled by the opinions of the people who serve on it, and they are not singularly driven by a desire to kowtow to Brian Schoeneman.

3) In short, Schoeneman isn’t getting what he wanted (or Herrity, if you choose to believe in conspiracy theories that may or may not involve lizard people), even if the executive committee chooses to forge a “compromise” path

4) Other voters, such as those in Dranesville, are also not getting what they wanted. Hence the entire idea of a compromise solution. But I don’t see you taking up their cause. Probably because no one told you to post about that.

5) In the delusional universe where this would be happening, it would be an attempt to “aid” Schoeneman, not “aide” him.

6) The “will of Sully district” you refer to is less than two dozen people who showed up at the last FCRC meeting. Let’s cool it on trying to determine the wishes of 125,000 people.

7) There is nothing at all that says the winner of a firehouse primary only needs a plurality. There are many different ways to have a firehouse primary. With most bloggers, this would be a case of making things up. In this particular case, its you literally repeating what you were told by somebody else, because you really have no idea what is going on.

8) The notion of who is “conservative” and who other “conservatives” would vote for is a fictional account peddled by you and only you, based on your undying hatred for Brian Schoeneman. In reality, there’s only one other candidate running right now. But rather than fact-check, you are literally just passing on what somebody told you.

9) Brian’s “best hope for a win” is the same in a firehouse primary, mass meeting, convention, or statewide primary: turn out more votes than any other candidate. And if he becomes the nominee, and especially if that happens due to a format that’s more inclusive of Sully District voters such as a firehouse primary, that’d be a pretty strong indication of the “will of Sully district”, wouldn’t it?

1) I was in Fairfax County Friday night and will spend most of the day there on Saturday. I’ll be back in Fairfax on Tuesday afternoon and will spend the evening. Do you need my Fairfax schedule beyond that? Do you want to meet for coffee? Or it is sufficient for me to say I spend several days a week in Fairfax county and I speak with many Fairfax Republicans on a daily basis. I have no idea why this continues to be so important to you. It’s weird, to say the least.

2) Why must every district in Fairfax have the same process for choosing their candidates? If there is such a reason, why were the individual districts permitted to have any input? Why solicit their input only to ignore it? Weird again.

3) Is the nomination in Dranesville contested? Will a primary even be necessary in that district? If there is no contest, their process doesn’t matter, there won’t be ANY process.

4) Did the Ex Comm vote to require a majority to win the nomination in the Firehouse primaries? If not, a plurality wins.

5) There’s a reason why Brian Schoeneman and his wife were the only two voters in Sully who wanted a primary. It makes it easier for Brian to win the nomination. duh.

6) I don’t hate Brian Schoeneman. Why would I? I don’t support his candidacy and I think it’s wrong to ignore the will of the grassroots activists in Sully in an effort to help him win the nomination.

1) I just figured, because you seem to be so prone to misinformation, that you had little to no ties to the county.

2) These are good questions, and I’m not doing to defend the way that FCRC went about this process. But nothing has been decided yet. There’s a vote at the next meeting; you even pointed this out. So you’re accusing them ignoring voters when people haven’t even had a chance to weigh in and vote yet. Odd.

3) Why would it matter if its contested? The Dranesville activists asked for a state-run primary and they’re will is at risk of being overturned by this as well. I know that gets in the way of your narrative, but I would hope you wouldn’t just label an entire districts’ activists as unimportant just to score a few cheap shots against Brian Schoeneman. Is that really the message the Guevara campaign wants to send?

4) As both you and I pointed out, there’s a meeting. And a vote. Yet to come.

6) You *clearly* loathe Schoeneman, or you wouldn’t be posting on this at all, or posting on the Sully District Supervisor’s race at all. Or find a way to sneak in some snide remark against Schoeneman in every post you make.

7) There is literally zero proof—as in absolutely nothing at all—that indicates that any actions made by the Exec Committee are being done to help Schoeneman. You are lying when you say this, and its unbecoming of you and this blog, and it makes Steve Albertson look bad when you post shit like this.

You know what happens when you “just figure”, it’s the same as when you assume.
I love Sully district and have many friends there. I’m not a fan of Schoeneman but then so few people who are. Ask around, ask those who have had to work with him during the election and the recall. Start with them, follow up with the rank and file in the county. To say that I loathe him or hate him is not accurate.
Please try your best to avoid profanity on this blog. No one else feels the need to resort to such language. I’m sure you can find a way to curb your inclinations to use it.
Since I’m on my way to Fairfax for the rest of the day, we will have to continue this conversation another time. My previous post was inaccurate when I omitted my trip to Fairfax on Monday for the Tea Party meeting. So, in the 5 day period between Friday and Tuesday I will spend 4 of those days in Fairfax. I lived in Vienna for 25 years prior to 5 years ago. So I have many, many, friends in the county. I spoke with several who live in Sully just last night. I haven’t yet spoken with anyone who is fond of Shoeneman but surely there must be someone. After all, Pat Herrity and you love him! You can’t be the only two.
Have a great Valentine’s day!

The irony here is that there’s a good discussion to be had about how FCRC should have done things better, and communicated things better. That’s the conversation we need to be having.

When you build your case on conjecture and baseless accusations, it damages even the good points you might hope to raise.

Please keep that in mind for the future, both in trying to be a responsible blogger and just being a decent human being: you can make an argument without making things up to try and find a way to “stick it” to the people you happen to dislike.

I hope people do not vote for the tax raising establishment dude. I think we all know who that is. The one with the “power company profile”?

Thanks for the heads up Jeanine.

Nine points well seated in vitriol and personal attack but short on why has the executive committee shifted stated course on their earlier decision. You denizens’ of BD really need to learn to write a cogent comment rebuttal. I for one would like to understand the reasoning but resort to this type of nonsense doesn’t buy you much credibility on this blog in my opinion. Give it another try and use some logical argument this time around.

I stand by each of the nine logical points I wrote above. If you’re having trouble understanding any of them, I’m happy to help out.

The sad part is I’m sure you do, Thanks I’ll pass on the help

Quick, somebody flush it! We can smell it all the way down here in the 1st., and boy do it stank! Whew!

If Brian is going to take away our votes on FCRC maybe he should pay our dues for us. That’s $50 per person for everybody in Sully except Brian and his wife. Brian, please make your check out to FCRC.

Sounds like these primary over convention people’s actions speak for themselves. Who knew that when they said ‘primary’ they meant all the way to the local level? Aren’t these actions nothing but slating on a different level?

Why wouldn’t they mean primary all the way down to a local level? A process that is more inclusive and better prepares candidates for the general election makes the most sense for practically any election.

Also, I don’t think you know what slating means if you think this is a similar situation.

So who were these “less than two dozen people who showed up at the last FCRC meeting.”?

Did these people just decide to stop by the meeting and inject themselves into activities they had no right to interrupt?

Or is this yet another a ham handed case where Herrity and other party outsiders intruded into the wishes of those who took the time to express their district’s wishes?

And since when are we calling the “Fairfax County Republican Committee” a group of “party outsiders”?