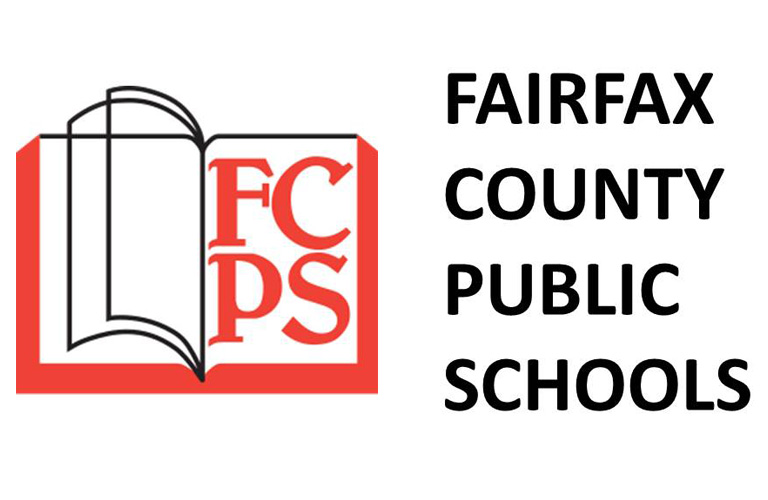 Fairfax County public schools have given an award to a piece of anti-Semitic ‘art’  produced by a student at South County High School. It portrays a Jewish man with a large hook nose carry a bag of money. 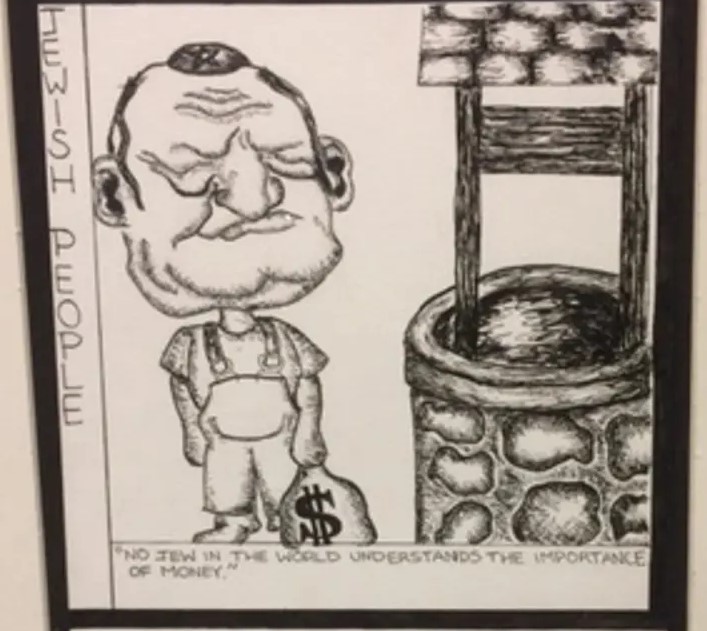 The drawing was on display at Northern Virginia Community College’s Ernst Community Cultural Center and given an award.  (Apologies for the poor quality of the photo.) 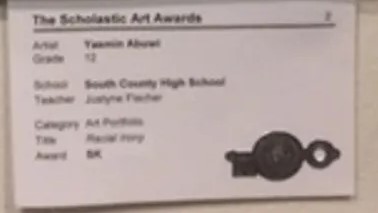 When confronted by a Jewish member of the community a school official responded,

This work is not being displayed “ by me”.  It was entered by the 17 yr old student and selected by a panel of judges consisting of professional artists, designers and curators. My student is using her freedom of artistic expression to respond to a president who calls Mexicans “rapists” African countries “ Shit Hole Countries” and White Supremacists, “Very Fine People”. She chose to create a portfolio of eight works which are ANTI stereotype. She focuses on Blacks, Whites, Italians, Pakistanis, Jews, Irish etc. Her intent is to point out implicit bias that exists and raises it to the surface in the form of racial ironies. She is pointing out how racism and ugliness is now NORMALIZED by our current president who intends to divide our nation for his own personal gain. Instead of jumping to conclusions and assuming the worst, take a breath. Instead of vilifying me and a 17 year old student, look at your president who is in “your own back yard.

Wow.  This school ‘official’ should be fired. These are the people who are teaching our children!  Using lies about the President to justify anti-Semitism should never happen in any school, most particularly public schools which we all pay to support.

Fairfax County Public Schools: Where Anti-Semitism is Awarded, but Break Dancing is Banned – The Bull Elephant April 7, 2019 at 11:35 pm

[…] school board has not apologized to the Jewish community for allowing a student to display anti-Semitic “art” in our school system. Yes, you read that correctly. FCPS is OK with offending our Jewish neighbors. But wait, why stop […]