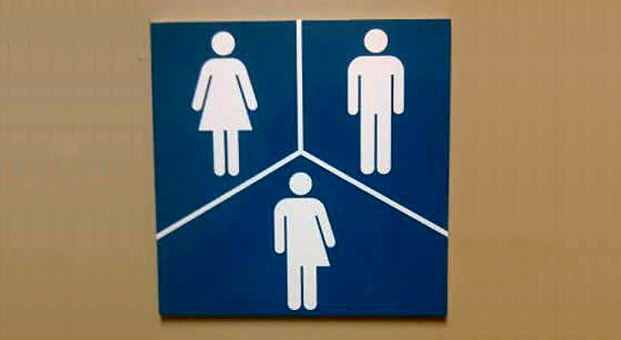 Last week by a vote of 10 to 1 Fairfax County School Board approved special rights for transgendered students allowing them to use whichever bathroom and locker room facility they choose. [read_more] Parents were not consulted about the policy change and hundreds attended the school board meeting to object.  Their objections fell on deaf ears.

Elizabeth Schultz was the only board member to vote against the change. She felt the board had not studied what the results of this change might mean nor had they consulted with parents.  She said,

I think it is a sad statement that we can allow those decisions to be entrenched in political ideology or vague understandings of the implications of such policies,” Ms. Schultz said. “We are an education system, and we didn’t do our homework. We took the final exam and signed our name at the bottom and took some guesses.”

This isn’t over, people are very disturbed by what just happened. … They didn’t take parents into account. The fact that they passed a motion like this and created an additional protected class in the policy, and then they are going to let people see later what this means, that’s ridiculous. That’s exactly what happened with Obamacare.”

Now Fairfax schools is taking this even further in their health classes.  Their latest proposal is to teach children in grades 7 through 12 that gender is fluid and on a spectrum. The lessons teach that gender identity is something we identify over a lifetime and it is fluid.  It appears we can be a special boy snowflake one day and be a special girl snowflake the next day, according to Fairfax County Public Schools.  From FoxNews.com,

“The larger picture is this is really an attack on nature itself – the created order,” said Peter Sprigg of the Family Research Council.

“Human beings are created male and female. But the current transgender ideology goes way beyond that. They’re telling us you can be both genders, you can be no gender, you can be a gender that you make up for yourself. And we’re supposed to affirm all of it.”

Eight grade students will be taught that our individuality, “occurs over a lifetime and includes the component of sexual orientation and gender identity.” Does this mean when a woman gives birth the doctor will no longer declare the baby to be a boy or a girl since that must be determined over a lifetime?

By tenth grade, they will be taught that one’s sexuality “develops throughout a lifetime.”

“Emphasis will be placed on an understanding that there is a broader, boundless, and fluid spectrum of sexuality that is developed throughout a lifetime,” the document states. “Sexual orientation and gender identity terms will be discussed with focus on appreciation for individual differences.”

“Parents need to protect their kids from this assault. Who could imagine that we are in this place today – but we are.”

And the Family Research Council’s (Peter) Sprigg said there’s a pretty good reason why they can’t produce a textbook about fluidity.

“It’s an ideological concept,” he told me. “It’s not a scientific one.”

He warned that Fairfax County’s planned curriculum could be harmful to students.

“It’s only going to create more confusion in the minds of young people who don’t need any further confusion about sexual identity,” he said.

For parents who object to this insanity being taught to their children, contact the FCPS school board here and plan to attend the school board meeting on May 21st when this ridiculous curriculum will be introduced.

[…] Fairfax County, VA, the school board proposes to teach children in grades 7 through12 that “gender is fluid and on a spectrum.” Your child […]

[…] teachings in their children’s sex education classes. We reported on some of those new ideas here. Dr. Gaza’s […]

Written comment from May 21 – June 19 – We will send a link when this is available.

Until May 21 please send email to the school board regarding this at
mailto:[email protected]