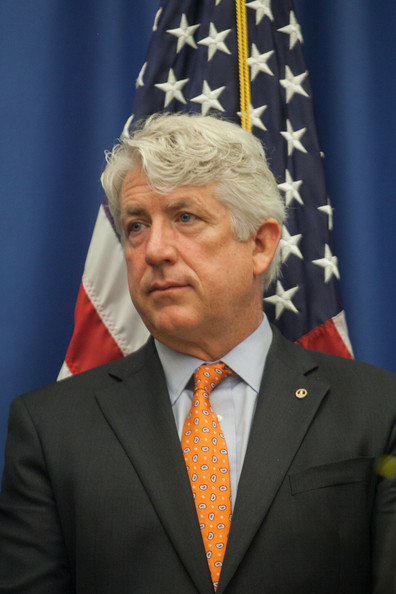 “Before his election as a delegate, Correll knew the party’s rules and knew the primary results,” Assistant Attorney General Anna T. Birkenheier wrote in the state’s response. “He stood for election anyway, yet now seeks to undo the party’s and the voters’ choices.”

Under Virginia law the 49 delegates’ votes will be divided proportionally reflecting the primary vote.  Trump will get 17 votes, Marco Rubio 16, and the other votes divided among the rest of the candidates who have since dropped out of the race.

[…] to whom Waters refers is, of course, Virginia’s Mark Herring. In an uncharacteristic move, Herring decided to actually defend a Virginia law, Va. Code 24.2-545, which governs presidential primaries in Virginia. The law is being challenged […]

Actually, one fact in the story is not quite correct. Under Republican Party Virginia rules, the delegates would be divided proportionately. But under Virginia code section 24.2–545, every delegate in Virginia is legally bound to support the primary winner on the first ballot. The law purports to trump the party’s rule here.

If we are supposed to be upholding the will of the people, how come the law only applies to the first ballot? And how come a 34% plurality winner gets all the delegates, leaving almost 2/3 of the voters who spoke in favor of another candidate completely unrepresented?

The Supreme Court has already ruled more than once that Party rules trump state rules when it comes to issues like this. That’s why this lawsuit is nothing more than a distraction.

Why weren’t the candidate selection process rules/laws a problem with you and others until Trump won? You need to ask yourself that question.

It figures. Donald Trump and Mark Herring. Two people who have demonstrated an utter lack of understanding of or respect for the Constitution. The very idea that a state can threaten someone with criminal charges for casting a vote is ridiculous.

The idea that the state can tell a private political party how it must conduct nomination processes is a blatant violation of the First Amendment’s protections for free speech and free association.

Folks may not like it, but the Supreme Court case law is quite clear on this.

Beau Correll is right on the Constitution. Trump is wrong and, as usual, so is Herring.

Birds of a feather…

Anybody else think it odd that Herring is defending a Virginia law? Seems out of character.

I believe it’s a first.

That being said, he’s been right on every stance he’s taken.

Of course you would think that, you’re a Democrat!

No, I’m not. I’m fiercely independent. You should get to know me before you label me.

I hate partisan horsecrap from both sides of the aisle.

You seem to be one of those fiercely independent people that consistently oppose conservatives, and consistently support liberals, yet claim to be non-partisan. I have some people in my own family like that, and we love them dearly while fully respecting their right to identify themselves however they like…. but we still know they’re Democrats.

You’re wrong. Get to know me before you label me.

And I use my own name. It’s easy to find me and talk.

No, actually I think he has been left on the stances he has taken.