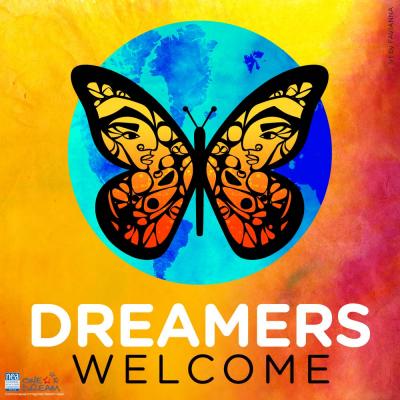 Hillary has vowed to go even further than Obama in welcoming illegal immigrants and giving them citizenship. The Democrat National Committee has announced,

“Hillary Clinton is committed to introducing immigration reform with a pathway to citizenship within her first 100 days in office and she will continue defending DACA(Deferred Action for Childhood Arrivals) and DAPA ( Deferred Action for Parents of Americans) from partisan attacks,”

To ensure her election Hillary hopes to recruit an army of young Dreamers, the group of young people who came to the US illegally with their parents and whom Obama gave renewable work visas with the goal of amnesty. This Army of young people cannot vote but they can to register immigrants to vote and get them to the polls in November. (Does anyone really believe Dreamers and other illegal immigrants won’t be voting in November?) The Clinton campaign issued this statement,

Hillary Drafting an Army of “Dreamers” to get out the Immigrant vote was last modified: August 15th, 2016 by Jeanine Martin

Add to this illegality is Kaine begging for whites to becoming a minority so they know how it feels. The socialist globalists are against the American citizenry and racist as well.