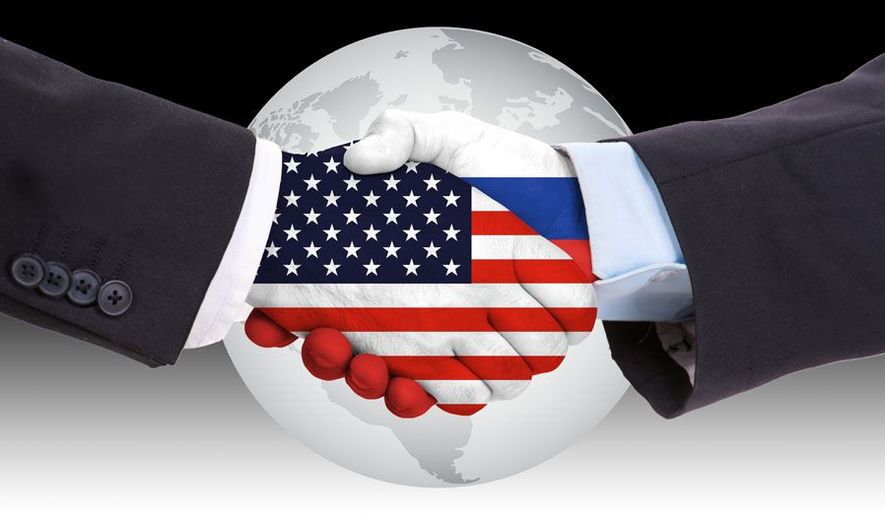 Is Russian Meddling In Our Political System Unprecedented?

I am reading H.W. Brands book on Ronald Reagan, and I came across this story. Reagan’s advisors told him that there was evidence that the Soviets were using the American media to try to influence American policy. What should we do they asked? Reagan jokingly responded, “We can start by canceling our subscriptions to the Washington Post.”

Throughout the 1970’s and 80’s the American media operated as the water boys for the Soviets. Were they worried that the Soviets were using them? Were they worried about outside influence? I doubt it. I guess now that Russia is no longer run by the communists their influence on our politics is pernicious.

Well, as Harry Truman once said the only thing new in the world is the history you don’t know. The news readers at CNN and the other cable “news” outlets seem to believe that the world began in 1995, which was the year most of them were born, but they are wrong. There is a history that they don’t know. A time before 1995.

KGB defector Yuri Bezmenov wrote a book claiming that the main purpose of the KGB was to undermine Democracies such as the United States. Bezmenov outlines all the KGB measures of subversions of our system. It is clear that the Russians were trying to subvert our political system as long ago as last century.

And there are numerous examples of countries trying to influence the politics of other countries. Earlier this summer I read Bernard Donoughue memoirs. Donoughue was a senior advisor to British Prime Ministers Harold Wilson and then James Callaghan. Together Wilson and Callaghan ruled Britain in the 60’s and 70’s. Yes, it was a real page turner. In American terms Donoughue was the British Labour party’s version of Karl Rove.

Donoughue tells the story about how the IMF wanted to get rid of Portugal’s leader Mário Soares. Soares was a socialist, whose profligate spending was too high even by European standards. Imagine if Martin O’Malley ran a country, that would be Portugal in the 1970’s. So the big European states came up with a plan to cut off aid to Portugal and call in a number of loans to bring the government to its knees. Well, Jim Callaghan would not go along with the plan, but it may have worked. Two years later Soares was gone.

In his book All The Shah’s Men, Stephen Kinzer’s , recounts the CIA’s plan to re install the Shah in Iran. The plan was known as Operation Ajax, which was launched in 1953. It was headed by Theodore Roosevelt’s grandson, CIA agent Kermit Roosevelt. It worked. The government of Mohammad Mosaddegh was overthrown, and the Shah was installed.

Kinzer argued that in 1979 the Iranians purposely held our hostages and only released them until after the 1980 election for the purpose of influencing the election. The Iranian mullahs wanted to bring down a U.S. President. They knew the hostage issue could possibly cost Jimmy Carter his job. And it may have contributed to the defeat of our peanut farmer President.

If we did a little research we could come up with literally hundreds of example of foreign involvement in other countries elections and politics. But to Shephard Smith, and the other news readers on daytime TV, Russian involvement in the 2016 Presidential elections is unprecedented.

Did the Russians meddle in our 2016 Presidential election? I have not yet seen the evidence, but if they did it would certainly not be the first time they tried to shape US public opinion.

Is Russian Meddling In Our Political System Unprecedented? was last modified: August 3rd, 2017 by David Shephard

Yes, nations do meddle in other nation’s elections…. continuously. It’s been happening for as long as there have been nations and elections. Did Obama not meddle in Israel’s election when he sent US tax dollars to an Israeli group supporting Netanyahu’s opponent? Of course he did. I have no doubt that Russians tried to influence the US election to their advantage, as they always do, which means they tried to help Hillary of course.

The issue isn’t about the nations influence, it’s about candidate collusion. And there is plenty of evidence of sweetheart deals between Hillary and Russians (look at the Clinton Foundation) which seems, prima facie, like collusion. So far, no evidence of Trump collusion, prima facie or otherwise.